EastEnders Spoilers: Suki Will Get Even Darker – Is Panesar Matriarch The Ultimate Villainess? 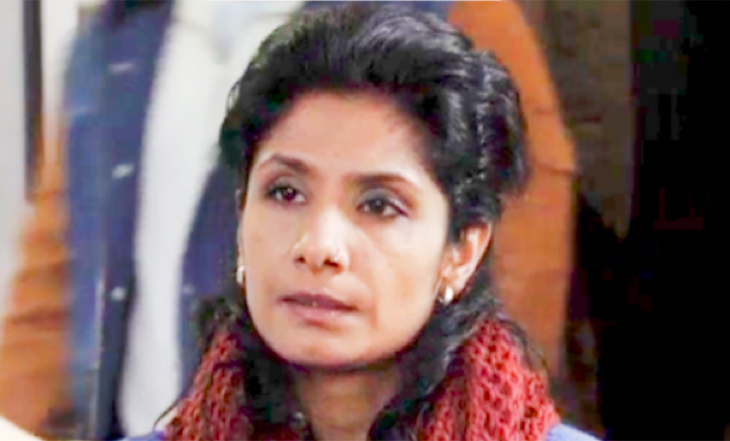 Eastenders spoilers reveal that Suki Kaur Panesar (Balvinder Sopal) is about to get a whole lot worse. It makes one wonder what else she is capable of doing in order to get what she wants. Recently, actor Shiv Jalota, who portrays Pavinder “Vinny” Panesar teased what fans can expect from his on-screen mother. Could we see Suki become the ultimate villainess and if so, is there any chance of redemption?

As fans recall, Suki’s introduction was a bit of a mystery. Over time, we have gotten to know her a little better and she’s downright evil. The woman pretended to have cancer and a resident who really was cancer-stricken, Jean Slater (Gillian Wright) found out about it. After confronting the Panesar matriarch about her big lie, Suki threatened sweet and spunky Jean.

Suki even used Jean’s own words about cancer and claimed the wisdom as her own. It was something that Jean told her in confidence.

It is teased by Metro that Suki always gets her way and she has shown hints of this time and time again. It’s not just with the cancer lie and threatening Jean, either. She even does this with her own family and tries to maintain some control over her children.

On the flip side, each one of her children also shares a few her manipulative traits, some more than others.

Eastenders spoilers reveal that Jalota spoke to Metro about Suki. He confirmed that his on-screen mother will continue to get more evil.

“There is something about her that she has formed the Panesars and everyone the way they are. As relationships go, all of the siblings are insecure and Suki was all about bringing the unit closer together. But after they all sort to normalize, she lied about having a life-threatening illness and it really shows what she can be like – she will do anything to get what she wants. There’s a trait of that quality in all of them – but especially in Vinny.”

It is teased that the Suki, who is being referred to as a “Queen Wasp” is multi-layered, and that might be the thing that makes her so dangerous. With someone who is always dark and threatening, you know what to expect. But with Suki, she can bounce between good and evil in a heartbeat.

In fact, she won’t hesitate to stab anyone in the back if it accomplishes one of her goals. We saw this with Jean — she pretended to be her friend, then used her words against her when the cancer lie was exposed.

It sounds like there is a lot more evil coming as far as Suki is concerned. So, will she become the ultimate villainess? If so, is there any hope of redemption?