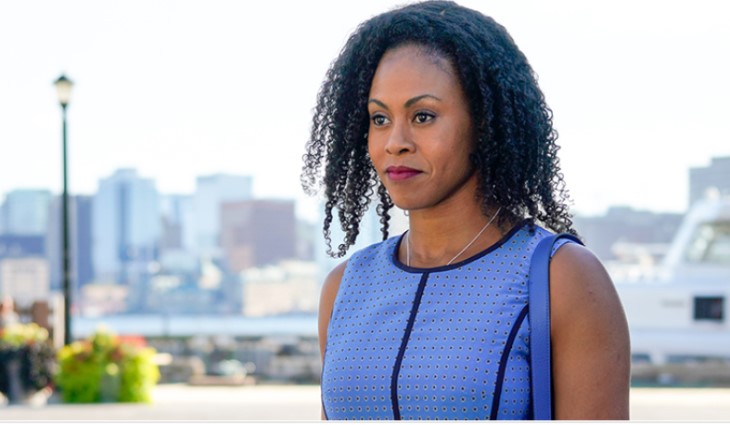 General Hospital (GH) Spoilers suggest that GH Alum Vinessa Antoine’s show, Diggstown will be airing on BET+, which is BET’s new streaming platform. Vinessa Antonie played Jordan Ashford from 2014 until 2018 when the role was taken over by Briana Nicole Henry.

The show that she is on now is Diggstown, which is a Canadian series that started airing last year. Now it will be coming over to the United States and will be airing on BET+.

Vinessa was the first actress to portray Jordan Ashford and first took over the role on March the 14th of 2014 until September of 2018. She was then cast as the lead for the primetime drama series in Canada. She says that the was not planning on leaving her role at General Hospital, but the show decided to recast the role to someone else instead of giving the opportunity to keep both roles. The person who replaces her is the current Jordan, Briana Nicole Henry.

When she left the show, ABC stated that “Vinessa Antoine exercised her pilot out and is choosing to leave the show. While we are incredibly sad to see an actress of her caliber go, we feel that the character of Jordan Ashford is too important to lose and will be recasting the role.” This lead viewers to think that they had parted ways in good terms with it being a mutual decision. She, however, recently had an interview contradicting ABC’s previous claims, “Yeah…no. That was not [the case]. I thought that I would get to stay,” she told The TV Watercooler. It was quite a shocker for me.

I never planned to leave the show. I was hoping to get to do what the other actors get to do…go on a little sabbatical. I knew that we were only going to be gone for the summer, so I thought maybe my character could go away on an undercover mission or fall into a coma. But they had other plans, which was out of my control.”

She would find success in the Canadian series, and it made a mark for being the first time that a black woman has headlined in a drama in Canada. She tweeted on the 10th a picture showing that her show would be airing on BET+ with a caption reading, “Stay tuned…stay home.”