General Hospital Spoilers: Nina Feeling Guilty About Her Plan To Trap Nelle, Backs Out Of Her Deal With Carly? 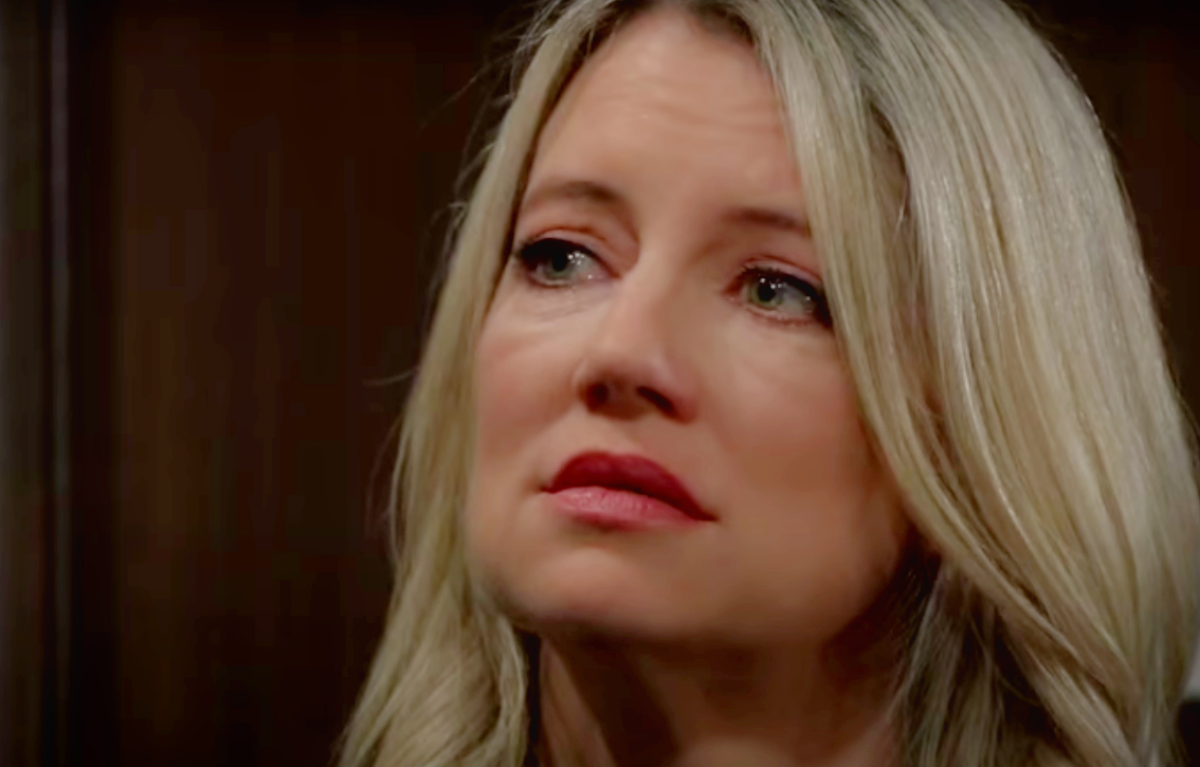 General Hospital (GH) spoilers tease that Nina Reeves (Cynthia Watros) has every intention right now of betraying Nelle Benson (Chloe Lanier). But Nina may certainly have second thoughts, especially if she discovers that Nelle is her biological daughter! It was recently revealed that Nelle is in possession of the other half-heart necklace which would seem to confirm that she is Nina’s long lost daughter!

Nina hired Nelle at Crimson as her assistant all the while planning to use any incriminating information against Nelle in her upcoming custody battle against Michael Corinthos (Chad Duell) for sole custody of Wiley Corinthos (Erik and Theo Olsen). And she will likely go through with it unless she somehow finds out that Nelle is actually hers, making Wiley her grandson!

Nina isn’t even sure at this point if she gave birth to a live daughter, as she was in a coma at the time. But her mother, Madeline Reeves (Donna Mills) told Valentin Cassadine (James Patrick Stuart) that Nina did indeed give birth to a healthy baby girl, and that Madeline sold the baby on the black market. It looks like somehow, Frank Benson (also James Patrick Stuart) ended up taking care of Nelle.

Both Carly Corinthos (Laura Wright) and Jasper “Jax” Jacks (Ingo Rademacher) know the truth about Nina’s intentions. So even if she has second thoughts about betraying Nelle, Nina has already committed to it. And her relationship with Jax has turned romantic, so she may feel some sort of obligation to see her plan come to fruition. But that would change if Nina learned the truth.

General Hospital Spoilers: Nina Reeves Has Been Searching For Her Daughter

If Nina does indeed discover that Nelle is her daughter, she will likely let Jax, Carly and everyone else believe she is still on board. But once it comes time to testify, she will side with Nelle instead! This could very well be the very thing that decides custody of Wiley. Her relationship with Jax won’t likely last if everything plays out that way. But Nina has been looking for her daughter for a very long time. Once she finds her, she will do everything in her power to help her.

Will Nina back out of her plan to trap Nelle. Will she discover that she is Nelle’s mother and change sides? Anything can happen, so stay tuned to General Hospital airing weekdays on ABC. And don’t forget to check back here regularly for all your General Hospital news, information and spoilers!