‘The Bold and the Beautiful’ Spoilers: Flo Knows Something Is Wrong – Determined To Uncover Sally’s Lies 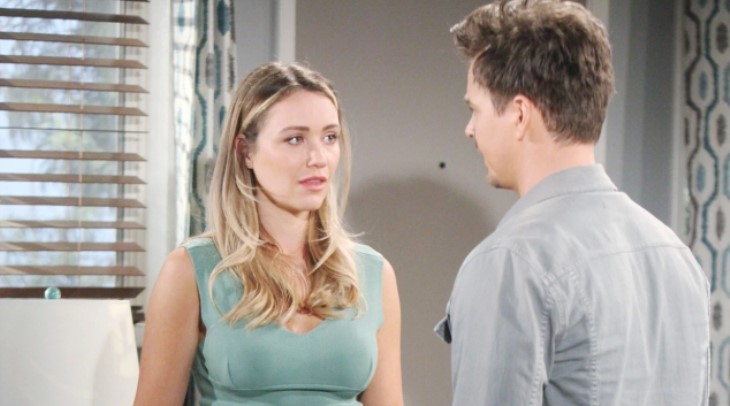 Flo Fulton’s (Katrina Bowden) gut tells her that something is deeply wrong on ‘The Bold and the Beautiful’. It simply makes no sense that Sally Spectra (Courtney Hope) doesn’t want to seek alternative medical opinions, or pursue information about possible therapies.

Sally’s horrible claim that she’s about to die has produced some of what she intended. She’s split Wyatt Spencer (Darin Brooks) from Flo, but hasn’t cut their emotional bond.

Now, with the approaching end of Dr. Penny Escobar’s (Monica Ruiz) faux diagnosis time frame, Sally must change course. She’ll need to claim a remission, improvement in her condition through prescription medicine, super surgery save, or a miraculous cure. An inability to produce any of the preceding increase the chances that her lies are exposed.

This plot point, above all others, positions Flo to come out ahead after this arc is over. That even includes the possibility that Sally could have Wyatt’s child through a series of orchestrated soapy circumstances. Though that’s a purely speculative point, as there is no current evidence Sally can create a scenario where that could happen.

The Bold and the Beautiful Spoilers: Katie Confronts Quinn – Furious Over Being Humiliated https://t.co/41O5T0Px51 pic.twitter.com/5KWE7m5rQz

Flo and Wyatt have loved each other since before viewers first met Brooks’ character. As devoted fans recall, Wyatt was introduced to the audience in 2013. He and his mother, the then Quinn Fuller (Rena Sofer), were said to have left Las Vegas, Nevada, in a hurry and settled in Los Angeles, California. Their rapid exit was necessary due to Quinn’s shady business dealings.

Wyatt’s backstory was enhanced last year, when Flo came with Dr. Reese Buckingham (Wayne Brady) from Vegas. Shauna Fulton (Denise Richards) later joined her daughter and was said to have been friends with Quinn since their children were in school.

Hardcore soap fans know that Hope has achieved great success in the gaming world. Earlier this year she won an award for best acting in a video game.

A slight wink to Hope’s gaming world exploits is offered by having her B&B character dive deeply into a fantasy world. All fans know, along with Sally, if she was being honest with herself, that Wyatt doesn’t consider her to be his soul mate.

Wyatt recently told Sally that he did love her in a romantic way when they were together. But he also reinforced that he thinks of her as a friend now and is glad to be spending time together due to her health-related circumstances. That came during the scenes where Sally expressed her desire to revive Wally and tried to kiss Wyatt.

Bold And The Beautiful Spoilers – Flo Fulton Joins The Fight

Sally is engaged in a secret fight that Flo has just begun to recognize. Bowden’s character is certain to continue expressing her doubts to Wyatt and to encourage him to press Sally to pursue possible solutions for her claimed health condition.

No matter what Wyatt might decide to do, Flo will not allow the man she loves to be taken advantage of. This means a sustained confrontation between Flo and Sally is about to unfold.