The Bold and The Beautiful Spoilers: Quinn Will Not Apologize To Katie For Showing The Truth About Bill and Brooke 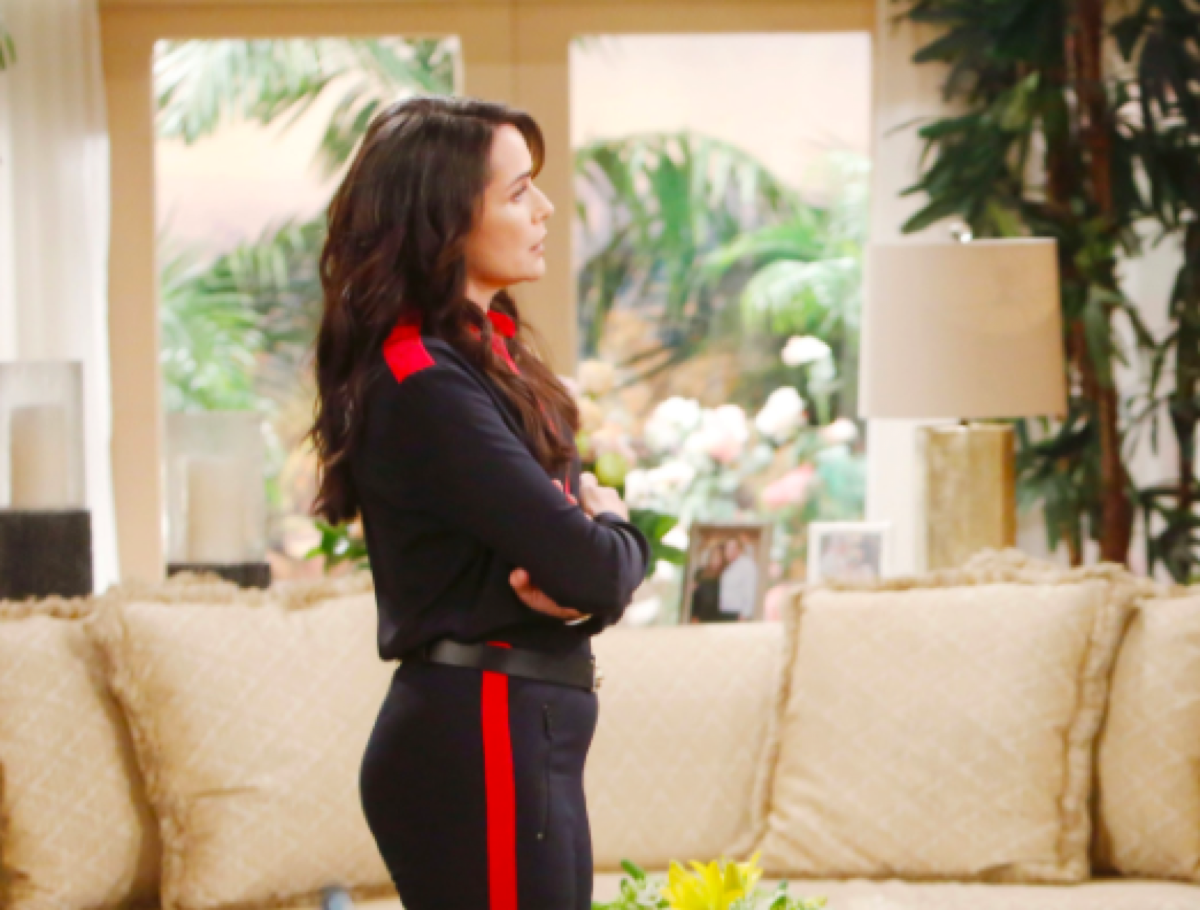 The Bold and The Beautiful spoilers tease that Quinn Forrester (Rena Sofer) will not apologize to Katie Logan Spencer (Heather Tom) about showing the truth about Bill Spencer (Don Diamont) and Brooke Logan Forrester (Katherine Kelly Lang) via the cell phone video shown at Brooke and Ridge Forrester’s (Thorsten Kaye) reunion party, in an upcoming episode of The Bold and The Beautiful!

Katie was heartbroken, angry, and embarrassed when she saw the video – as if the contents weren’t bad enough by themselves, Quinn chose a very public setting in which to reveal this exposé! Of course, Quinn wanted to achieve maximum embarrassment and heartache for Brooke, who she has been trying to get revenge on, but she could care less who else got hurt in the process!

The Bold and the Beautiful Spoilers: Sally Blindsided By Wyatt’s Latest Request – Down But Not Out Yet

Brooke’s oldest daughter Bridget Forrester (Ashley Jones) had made a special trip – Donna Logan (Jennifer Garies) was there – Katie and Bill were there – Eric was there – and of course Ridge was there. Katie feels that this kind of public exposé is not only tacky, but she and Bill’s marriage problems have now been laid bare for the whole family to see, and if there were problems between herself and Bill, she would have rather kept them private and between them, not revealed to the whole Forrester family, or nearly the whole family!

Katie has been hurt by Bill’s infidelities, including previous times with Brooke, her own sister, several times and in her mind, Quinn’s making this practically a public spectacle is absolutely unforgiveable, and she demands an apology from Quinn!

Quinn, of course, refuses to apologize. In her mind – and only in her mind – she feels like she did nothing wrong and she was doing Katie and Ridge a favor by exposing Brooke and Bill for the scheming cheaters they are. Viewers of The Bold and The Beautiful will recall that Quinn spun the situation as an affair between the two that was obviously going on as Brooke deceived Ridge into reuniting with her, and left Katie out of the equation entirely.

Bill and Brooke both explained that it was not as bad as it had looked, and had acknowledged there was nothing further going on between them other than a comfort hug that morphed into something it should not have way too quickly – but the damage had already been done!

Quinn would stop at nothing to get her own way – as longtime viewers of The Bold and The Beautiful will recall from several years ago when Liam Spencer (Scott Clifton) and Hope Logan (then Kim Matula, now Annika Noelle) were supposed to meet up at a certain time in Paris, and she flew to France and followed Liam and Ivy Forrester (Ashleigh Brewer) on a motorcycle, and pushed Ivy into the Seine River so Liam would rescue her and be late for meeting Hope, who then was convinced by Wyatt to marry him! Quinn is just that selfish and conniving! However, someday karma will come and bite her in the behind! Karma might be named either Bill Spencer or Eric Forrester (John McCook)!