The Young and the Restless Spoilers: Amanda Pursuing A Smarter Path – Billy Shifts Focus To Work and Lily 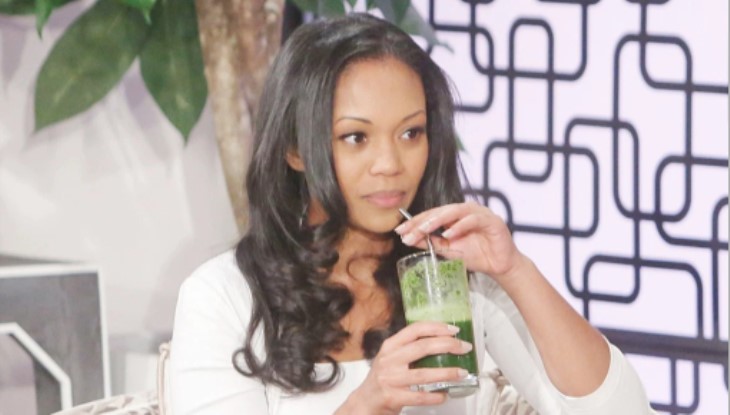 Amanda Sinclair (Mishael Morgan) has finally arrived at a good place on ‘The Young and the Restless’. She’s overcome extremely challenging business and personal issues and is open to exploring romance.

Nate Hastings (Sean Dominic) has stabilized his career within the last year and is pursuing personal opportunities. He finds Amanda to be very appealing and is happy to have begun what could become a relationship with her.

Amanda and Nate clearly project to the couple’s status. At the same time, Billy Abbott (Jason Thompson), someone who Amanda was considering until recently, has wisely shifted his focus to work.

Young And The Restless Spoilers – A Long Way From Madison

Morgan’s newest character had an established law practice in Madison, Wisconsin. Then Colin Atkinson (Tristan Rogers) decided to use her uniquely specific appearance as part of a scheme to manipulate Devon Hamilton (Bryton James) into voluntarily surrendering his inheritance to Cane Ashby (Daniel Goddard). That effort succeeded temporarily but eventually resulted in full restoration and Colin’s incarceration.

After initially traveling to Genoa City, Wisconsin, to handle her initially mysterious client’s will challenge, Amanda was stunned to learn that she looked exactly like Devon’s deceased wife, Hilary Hamilton (Morgan’s initial role on the show).

With the above arc resolved, Amanda was not only cleared but freed to pursue a new life in GC. Billy became her second friend, following Phyllis Summers (Michelle Stafford). Nate is number three, but could easily become first in her heart.

Nathan Hastings (as last played by Adam Lazarre-White) and Olivia Winters’ (Tonya Lee Williams) son followed in his mother’s career path by becoming a doctor. Nate (as then played by Brooks Darnell) returned home after being contacted by his uncle, Neil Winters (Kristoff St. John) in 2018.

Like most people, Nate doesn’t want to work to be his whole life. He sees Amanda as a potential, personal match.

Vickie was just dumped by Billy, in yet another foolish move. Thankfully Jill Abbott (Jess Walton) is in town and has provided an opportunity for her son to shift his focus to something productive.