Days Of Our Lives Spoilers: Sarah Try To Get Custody Of Mickey, Citing Kristen’s Criminal Past? 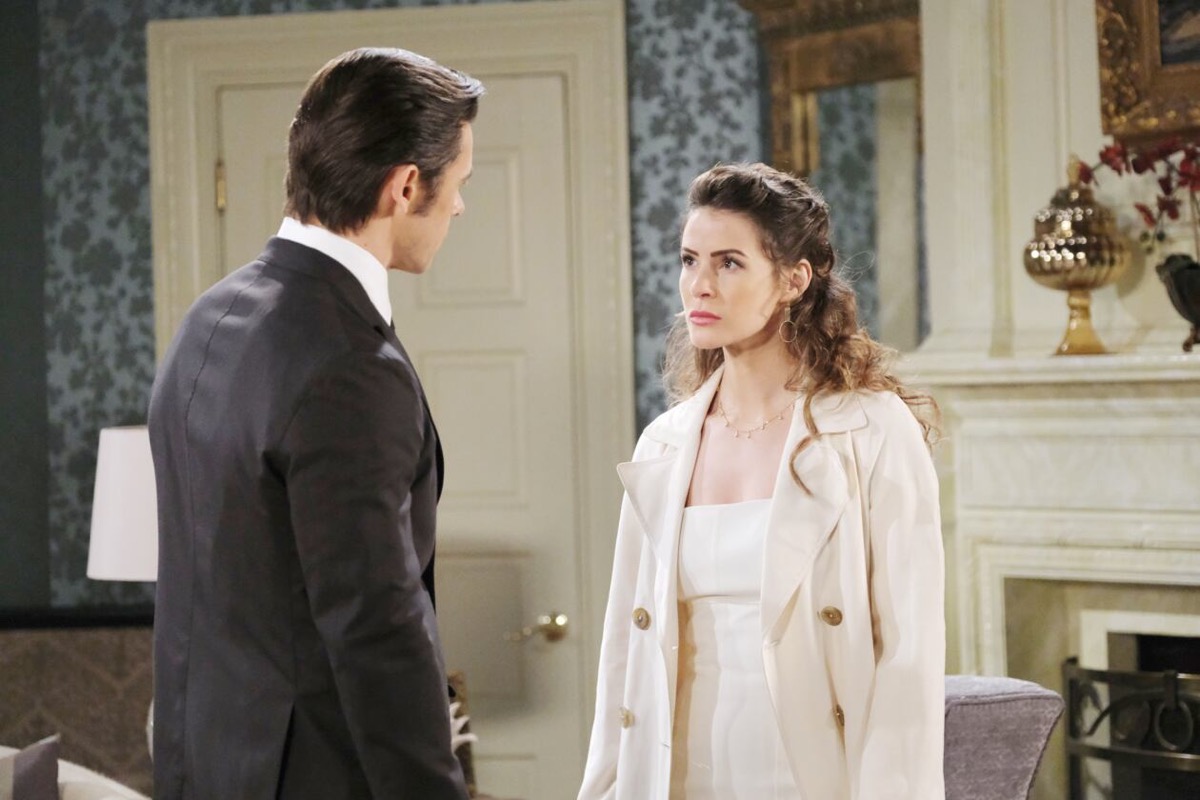 Days of Our Lives spoilers tease that Sarah Horton (Linsey Godfrey) might try to get custody of the baby she has raised for several months as her own, Mackenzie “Mickey Horton” and then found out is really Rachel Isabella Black (Josephine and Rosalind May), citing Kristen DiMera’s (Stacy Haiduk) criminal past, in an upcoming episode of Days of Our Lives!

DOOL Spoilers: Sarah Horton Went Off The Deep End And Took Off With The Baby

As Days of Our Lives viewers will recall, Sarah went off the deep end and took off with the baby after her world fell apart and she fled her wedding to Xander Kiriakis (Paul Telfer) and took the baby girl upstairs to say goodbye to her privately. Brokenhearted Sarah couldn’t handle parting with the baby and took her on the Kiriakis jet, which was already loaded and bags packed to Paris, France.

This would have been her honeymoon had everything not fallen apart and Xander had told her the plane was ready, packed and waiting for her to say “I do” and she wanted to take the baby along! So she took advantage of the opportunity. Whether she was ready to live as a fugitive forever and raise Rachel as her little girl overseas is unclear – she simply seems to have gone off the deep end in her grief and lost all reason.

But while she is gone with the baby – which may not be chargeable as a kidnapping unless Brady Black (Eric Martsolf) and Kristen pursue charges – it will give her some time alone to think, and she may decide it’s best for baby Rachel to stay baby Mickey and be raised by her, as opposed to Kristen, because of Kristen’s violent criminal past. Xander had mentioned the possibility to her, but he meant the three of them as a family, which of course now will not happen unless Sarah changes her mind and heart towards him. After all, he did mean well but handled the situation inappropriately, being pushed by his uncle, Victor Kiriakis (John Aniston).

Days of Our Lives Spoilers: Sarah Horton Will Not Want Kristen DiMera To Have The Baby

Sarah will think through the past couple of years since she moved to Salem, remembering how Kristen impersonated Nicole Walker (Arianne Zucker) with a mask, simply to get into Brady’s pants, which is how she got pregnant in the first place.

Days of Our Lives Spoilers: Is Ben At Risk of Another Psychotic Break? Robert Scott Wilson Teases the Answer https://t.co/eho3mVjFcj #DOOL $DaysOfOurLives

Then she will recall how Kristen – and Xander – faked little Holly Jonas’ (Scarlett and Harlow Mallory) death in a fiery car crash, only for Eric to find that both Nicole and Holly had been alive the whole time, Kristen having kidnapped Nicole, with Xander’s help undoubtedly – although Kristen would say she SAVED Nicole from the burning warehouse – and kept her survival a secret while Eric Brady (Greg Vaughan) grieved for Nicole, and herself, Eric, and her mother, Maggie Kiriakis (Suzanne Rogers) grieved for little Holly, thinking she was dead!

Brady and Eric had fought over Kristen, thinking she was Nicole, and then she thinks over all the other things that she had heard about Kristen’s crimes in the past, from Eric telling her that she was the reason he was no longer a priest, and that she had raped him, and many many other things going back many years. But the situation with faking the death of Holly is the most heinous – and she decides that she will fight to keep the baby girl she has loved as her own in court, citing Kristen’s well-documented crimes involving children, especially Holly, as proving Kristen is a monster and should never be around any child!