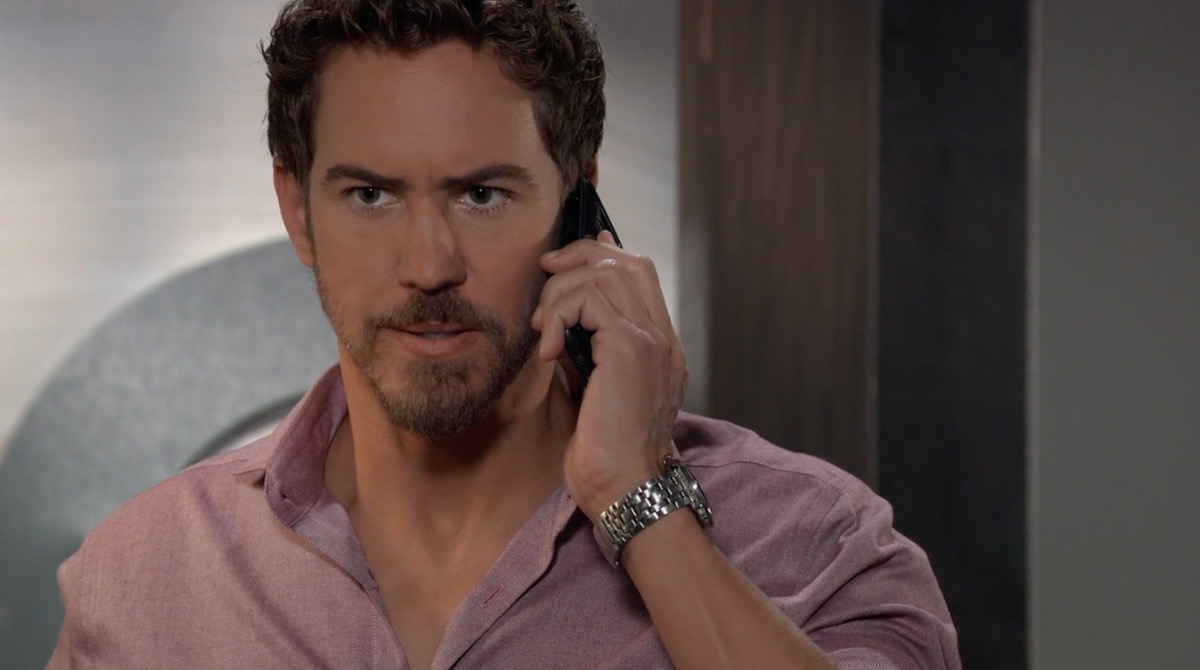 General Hospital (GH) spoilers suggest that Robert Scorpio (Tristan Rogers) has no plans immediately to confront Peter August (Wes Ramsey) with accusations of guilt. GH fans know that Scorpio recently talked with Dr. Liesl Obrecht (Kathleen Gati) in her jail cell where he let her know he’s digging for evidence to support her claims of innocence.

GH viewers know that Scorpio essentially invited himself to Violet Finn’s (Jophielle Love) birthday party during a conversation he had with Hamilton Finn (Michael Easton). Now, it’s not so much that Scorpio is great pals with Finn, as it is that he used to have something special with Anna Devane (Finola Hughes). Since Anna is basically organizing Violet’s birthday bash, Scorpio got his foot in the door. GH viewers know that Scorpio took the opportunity to warn Finn to keep his eyes on Peter August. Scorpio hinted to Finn that things weren’t all kosher with Peter. Of course, that played on Finn’s suspicions of Peter even though Finn now believes that Peter was telling the truth about his innocence.

General Hospital Spoilers: Sasha Has Carly Over Her Shoulder – And Wants Her Gone https://t.co/XTy2BOSSTh pic.twitter.com/XvUppSgEc7

Now, Scorpio’s motives for heading to Violet’s birthday party are not to simply watch a nice kid open presents and eat some cake. No, as Scorpio explained to Obrecht, he hopes to eavesdrop and catch Peter in a moment where his guard is down.

It’s a sure bet that even if Finn believes Scorpio is overreacting in his concern about Peter, Finn is likely to do as Scorpio asks. GH viewers can expect that while trying to appear absorbed with Violet and her party, Finn is going to try to be wherever Peter happens to be. Will Finn catch Peter on the phone? Will Finn hear Peter reference someone or something that could implicate him in the murder of Drew Cain (Billy Miller)? Perhaps Finn might overhear Peter reference the attempted murder of Franco Baldwin (Roger Howarth)?

Alternatively, maybe Robert Scorpio will observe Peter doing these things. Regardless, it’s clear that for Scorpio and Finn, the game is afoot.

General Hospital Spoilers – Peter is Too Smart to Get Caught

The truth is that Peter August is not likely to let his guard down. This is true even if Peter believes that he is completely above suspicion. It just isn’t likely that Peter will do anything to call attention to himself. That’s because Peter apparently has a dream. Some GH fans believe that Peter has a faulty plan to redeem himself. Peter is obviously working very hard to make himself into a good guy with a normal family and a normal life. Peter obviously believes that he can have that dream if only he can ensure that his past sins never revisit him.

It is most probable that GH viewers will watch as Peter simply enjoys himself at Violet’s birthday party. Peter will play the part of a doting, wannabe, soon-to-be (much older) big brother to Violet. Talk about blended families, eh? Peter is going to help Violet rip wrapping off her presents, enjoy cake, and make nice with the guests. That’s it. Peter is hardly someone with an IQ of 50 or below.

With that in mind, some GH fans may agree that a man like Peter may well never allow his guard to slip. If that’s the case, well … so much for Scorpio’s hopes.