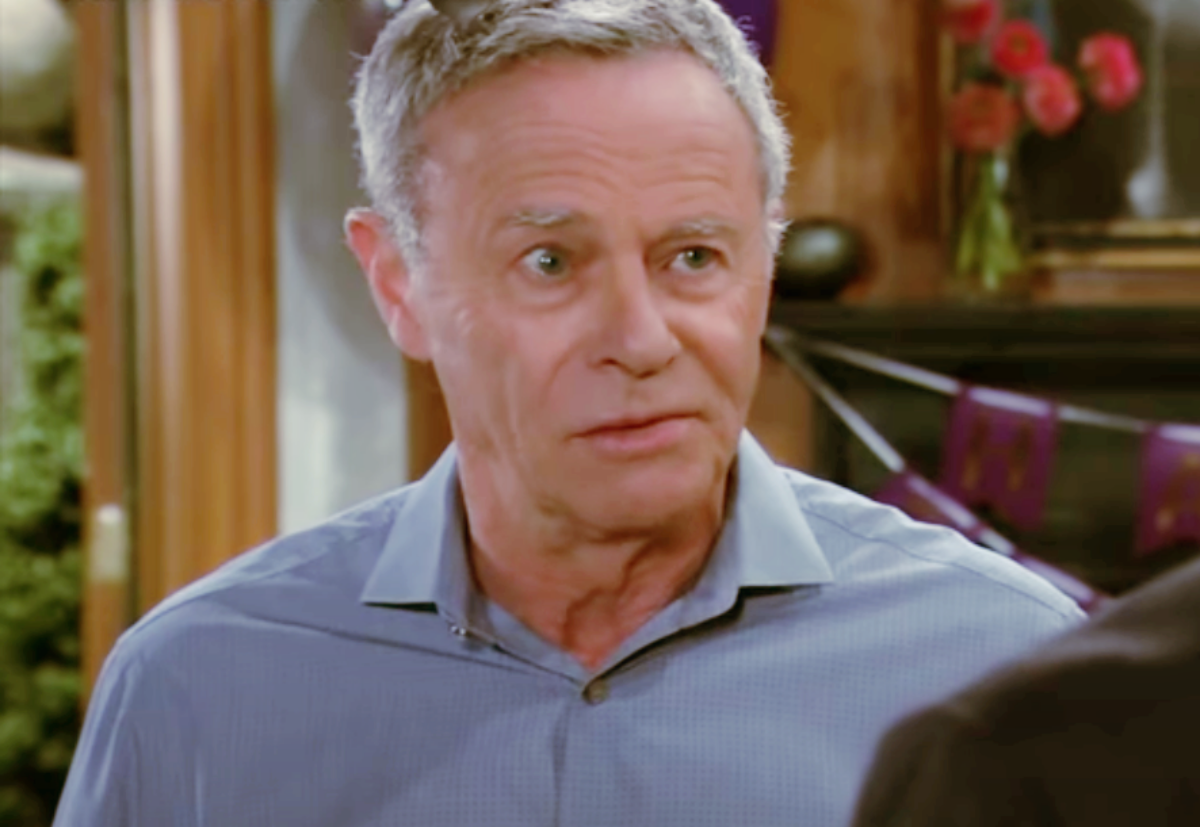 GH Spoilers: What Kind Of Somber News Could Robert Scorpio Be Bringing And To Whom?

There are at least three different situations in which Robert could receive and share some somber news. One situation could involve Dante Falconeri (Dominic Zamprogna) – General Hospital viewers will recall that there was a lot of discussion about Dante in Monday’s GH episode. Brook Lynn Quartermaine (Amanda Setton) got into another fight with Lulu Spencer (Emme Rylan) which Dustin Phillips (Mark Lawson) had to break up, and Brook Lynn had taunted Lulu about the situation with Dante having PTSD and accused her of not having time, and then Lulu and her mother Laura Collins (Genie Francis) had a discussion about Lulu not making french toast for Rocco Falconeri (O’Neill Monahan) because she never knew the secret ingredient Dante used to make it and never got a chance to ask him.

Could something have happened to Dante? Could Dante have God forbid died or have been severely injured and in a coma? In his state of mind it would be very easy for him to attack a guard or a doctor in the WSB facility he has been in with deadly consequences for himself! Robert would be able to get that kind of information and convey it. He would likely tell Laura and let Laura tell Lulu if it were something like that. That would be very hard on Sonny Corinthos (Maurice Benard) and Olivia Quartermaine (Lisa LoCicero) also, but especially Sonny, considering he’s already dealing with his father Mike Corbin’s (Max Gail) rapid deterioration.

General Hospital Spoilers: Drew Cain’s Presumed Death Has Never Been Confirmed – And Liesl Obrecht Is Determined To Be Exonerated

Another situation that Robert could be delivering somber news about is the presumed death of Drew Cain (Billy Miller). The WSB and the Navy both gave up the search for his body, as well as the pilot of the plane that went down in the Gulf of Aden last summer, and although he was declared dead by the Navy, it is possible that his remains were finally found and Robert is notified.

That would be somber, but not entirely unexpected news and certainly not a shock. Robert was very involved in the search for Drew, even though it was after he was forced to retire from the WSB, which was when he got the position of Port Charles District Attorney shortly afterwards, about the same time that his brother Mac Scorpio (John J. York) was hired by the PCPD for the position of Chief of Detectives. A third situation that could bring Robert some somber news to share involves Liesl Obrecht (Kathleen Gati) who is being extradited to The Hague to stand trial for the crimes that Peter August (Wes Ramsey) framed her for; she is determined to be exonerated.

Could she have already had her trial and proven herself innocent thanks to some of HER old contacts from the DVX? That would certainly be somber news for Peter! But if she hasn’t been able to bust the frame Peter set for her, then the finding of Drew’s body would change the charges from attempted murder to murder, and that would be two sets of somber news for Robert to deliver!