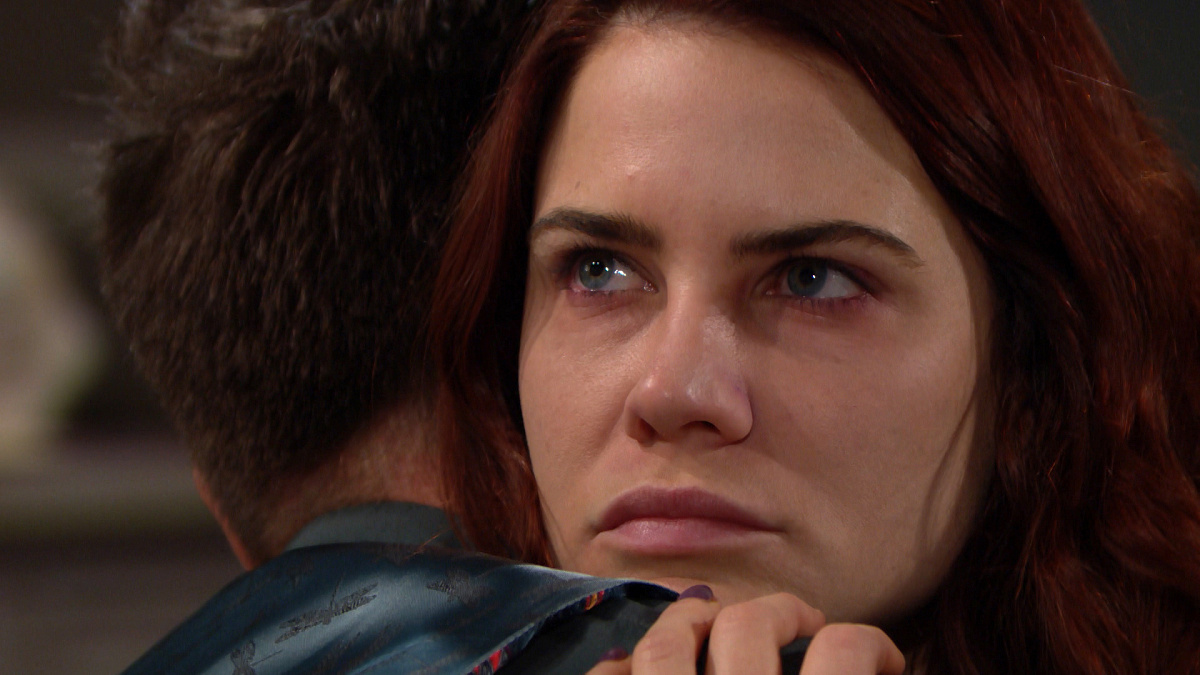 The Bold and the Beautiful spoilers document that Sally Spectra (Courtney Hope) believes that Flo Fulton (Katrina Bowden) is devious and a phony. Neither statement is true, which underscores the pressure Sally is under as she perpetrates having a terminal condition.

Dr. Penny Escobar (Monica Ruiz) remains very uncomfortable being part of Sally’s hoax and wants to end it. She told Hope’s character about Flo seeing the sketch pad. That set Sally off, which led to the slam.

Bold And The Beautiful Spoilers – No Easy Way Out Of Mess

Sally’s desperate attempt to reestablish a relationship with Wyatt Spencer (Darin Brooks) led to her creation of the hoax plan. But the crazy idea she had was only able to be implemented when her friend, Penny, agreed to back her.

Hardcore viewers recall, as should Wyatt, that Sally reacted badly when he broke up with her for a second time in the recent past. Sally said that she wasn’t going to let him go and wasn’t agreeing to his decision. That’s how Penny’s friendship and career hopes became useful.

Bold and the Beautiful Spoilers and Recap Wednesday April 15: Flo and Wyatt Kick Sally Out, Ridge Wakes Up Dazed And https://t.co/KQrocNhkkg

Wanting to exit the medical field, Ruiz’ character is going along with Sally’s story in hopes that she’ll be able to gain access to the world of fashion, possible even having a position at Forrester Creations. Penny has long wanted to be a designer, as could be seen when Flo arrived unexpectedly at her office at the hospital.

Wyatt is fully sincere in wanting to be with Sally during what he thinks is the last part of her life. After initially claiming to not know she was ill, Wyatt admitted the truth.

Sally’s diabolical manipulation of Wyatt’s emotions led to Flo actually encouraging something surprising. Flo was okay with Sally moving in with Wyatt, as she believed the situation would be temporary. It was a humane and generous decision.

But this expected, brief period, where Wyatt and Flo would pause their relationship as Sally’s health declined, has already moved past an anticipated end date.

Flo, like a number of other people, can’t understand why Sally isn’t seeking some form of treatment, or the opinions of other doctors. Bowden’s character also finds it unusual that Dr. Escobar wouldn’t have known Sally’s connection to the fashion world. These factors and others are influencing Flo’s evolving outlook.

Wyatt was perplexed when hearing Flo tell him that it’s time for Sally to move out of his apartment. But his high school sweetheart’s instincts are exactly right. Whether Sally can create an effective response to her rival will soon be seen on B&B.