The Young and The Restless Spoilers: Nick Wants Phick Back – Not Sure If She Wants To Go Down That Road Again 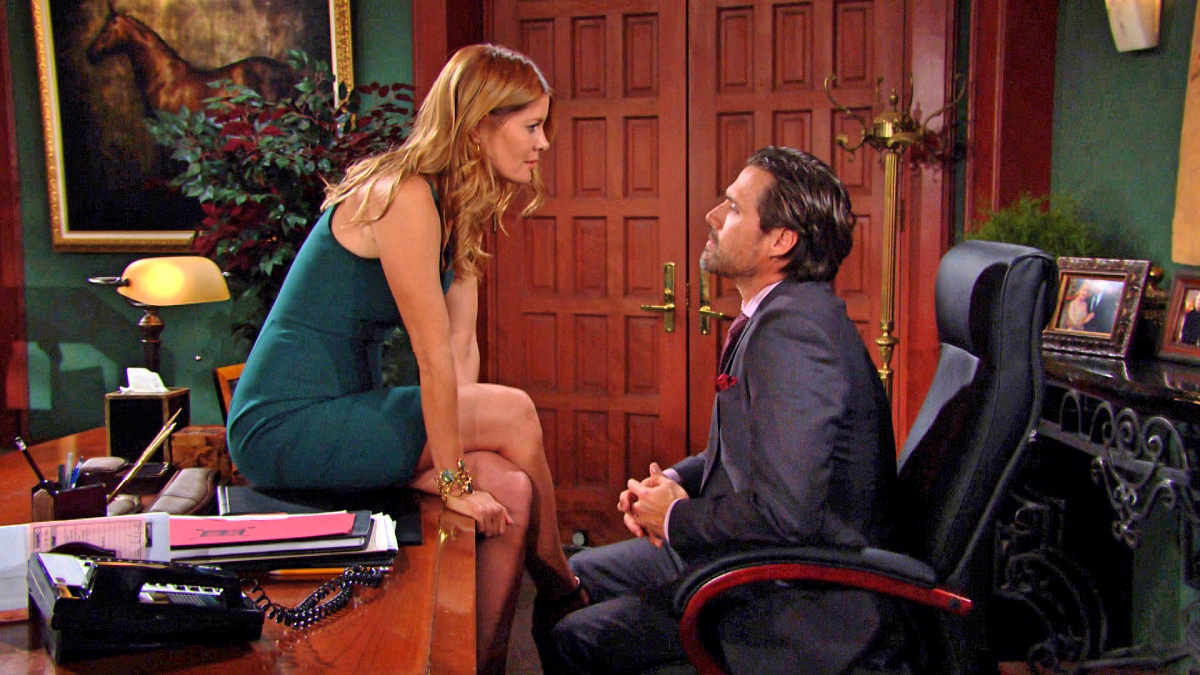 Nick Newman (Joshua Morrow) is on board on ‘The Young and the Restless’. After slow-walking Phyllis Summers’ (Michelle Stafford) obvious desire to reestablish trust and then a relationship, Nick now wants ‘Phick’ back. He believes that any issues that existed in the past don’t need to impact present day realities.

Phyllis’ single status isn’t something she’s been concerned about. Her attempts at connecting with Adam Newman (Mark Grossman) had nothing to do with romance. The push toward Chance Chancellor (Donny Boaz) was aimed at revealing his connection to Adam when they were in Las Vegas, Nevada, which has since been confirmed.

So, with Nick all-in, Phyllis’ expressed hesitancy before recommitting is unexpected and refreshing.

The Young and the Restless Spoilers: Adam and Chelsea Think They Won – ‘Chadam’ Plot Future Conquests

Young And The Restless Spoilers – Yesterday’s Phick Was Problematic

Devoted viewers know the entire story. Newer viewers have learned through dialogue implications, research that can be conducted, and by estimation.

As is known, Nick wrongly sought comfort in Phyllis’ arms in the immediate period following Cassie Newman’s (Camryn Grimes) death. Sharon Newman (Sharon Case) was abandoned in the process, as Nick dealt with his grief in a dysfunctional manner.

‘Phick’ formed and had a daughter, Summer Newman (Hunter King). Other editions of this couple happened during later storyline periods, with the most recent one taking place during the end of Gina Tognoni’s (Phyllis) run as this character last year. Nick booted Phyllis out of his new home, that was originally built with Sharon in mind.

Stafford was originally intended to be a short-time player on Y&R. But her efforts were so strong that she stayed and Phyllis became a legendary villain.

The actor left Y&R in the earlier part of the last decade. Stafford joined the cast of ‘General Hospital’ a short while later and enjoyed a successful run until 2019, when she opted to become Phyllis again.

The announcement that Tognoni was leaving the cast and that Stafford was reprising the role she originally embodied in the 1990’s was big soap opera news. Tognoni’s version of Phyllis was written and performed wonderfully, as the fans saw a different, often more vulnerable and funny side of this iconic character.

Young And The Restless Spoilers – Phick 2020 Is Different For Sure

Yes, Stafford’s Phyllis is projecting classic ferocity. Nick has allowed himself to fall for Phyllis again, choosing to see the goodness within her, while also enjoying the fearless side of her personality.

Summer is grown. No longer ‘Supergirl’, but still in need, as all children are, of her parent’s advice.

So, today’s ‘Phick’ isn’t about rebounding from other relationships, or starting a new family. Instead, Nick wants Phyllis back because of the love they shared. And on that point, Stafford’s alter ego is veering toward vulnerability. That makes what’s developing with Nick fresh and intriguing.