Days of Our Lives Spoilers: Chaos Ahead – What Does Orpheus Have Planned For Salem? 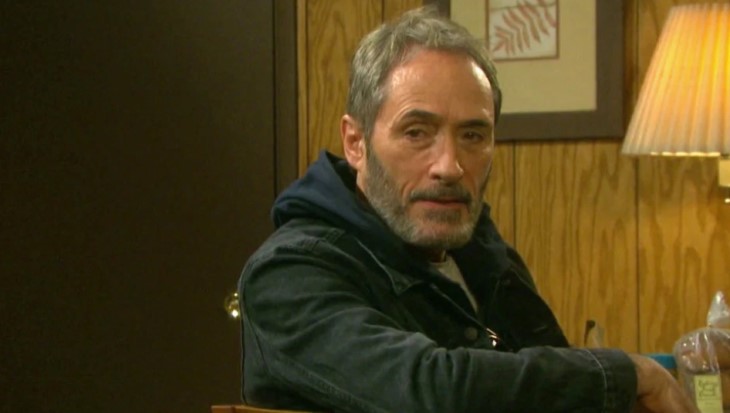 Days of Our Lives (DOOL) spoilers tease that now that Steve Johnson (Stephan Nichols) no longer has the essence of Stefano DiMera (the late Joe Mascolo) inside him, it’s just about time for Salem’s next big villain to come to the limelight. It seems likely that we haven’t seen the last of Orpheus (George DelHoyo).

He seemingly came to Salem to help his son, Evan Frears (Brock Kelly), hide baby David while Evan was in police custody. Evan eventually realized he had to return baby David to Rafe Hernandez (Galen Gering) and turn his father in. Orpheus is currently in police custody, but it seems unlikely that Orpheus doesn’t have other plans for Salem and the people in it.

Days of Our Lives Spoilers – Clyde Weston – Friend Or Foe?

Clyde Weston (James Read) is also currently in jail, and Orpheus had promised to pay back the funds that Clyde let him use while he was incarcerated. Orpheus had planned to create a new criminal empire, but it’s unclear if he actually did that. If he did, he won’t likely be in prison for long as he probably has men on the outside ready to facilitate his escape. Would he partner up with Clyde again after it didn’t turn out so well when Orpheus, Clyde and Xander Cook (Paul Tefler) terrorized Salem before.

The biggest threats to Orpheus are Steve John Black (Drake Hogestyn). Steve is still recovering from having the brain chip removed, so he might be an easy target for a revenge-seeking Orpheus. Kayla is another option, as he seems to enjoy kidnapping and trying to kill her, but her recent ordeal with Stevano might keep her safe. Since both of his children have seemingly turned against him, Orpheus might go after the children of John and Marlena. Although there are others out there, currently in Salem are Eric Brady (Greg Vaughn) and Brady Black (Eric Martsolf). He might also have a score to settle with Xander Cook (Paul Telfer) and Victor Kiriakis (John Aniston).

Days of Our Lives Spoilers – Clyde Weston To The Rescue?

Clyde has recently shown signs that he may be turning over a new leaf. He’s certainly no angel, but he showed genuine remorse for his son Ben Weston’s (Robert Scott Wilson) troubled childhood. He even convinced Ben to escape prison while he stayed behind. Perhaps the best person to bring Orpheus down would be someone he worked with in the past like Clyde or Xander. Xander could certainly use a popularity boost about now, so going after Orpheus might do him good in the eyes of Salemites.

Does Orpheus have other, more sinister plans for Salem? Will John or Steve stop him again? Or perhaps Clyde and Xander will truly redeem themselves by helping to make sure Orpheus doesn’t kill anyone else? Only time will tell, so stay tuned to Days of Our Lives airing weekdays on NBC. And don’t forget to check back here regularly for all your Days of Our Lives news, information, and spoilers!