Days of Our Lives Spoilers: Will Sarah Horton’s Mental Breakdown Lead To Her Disappearance From Salem? 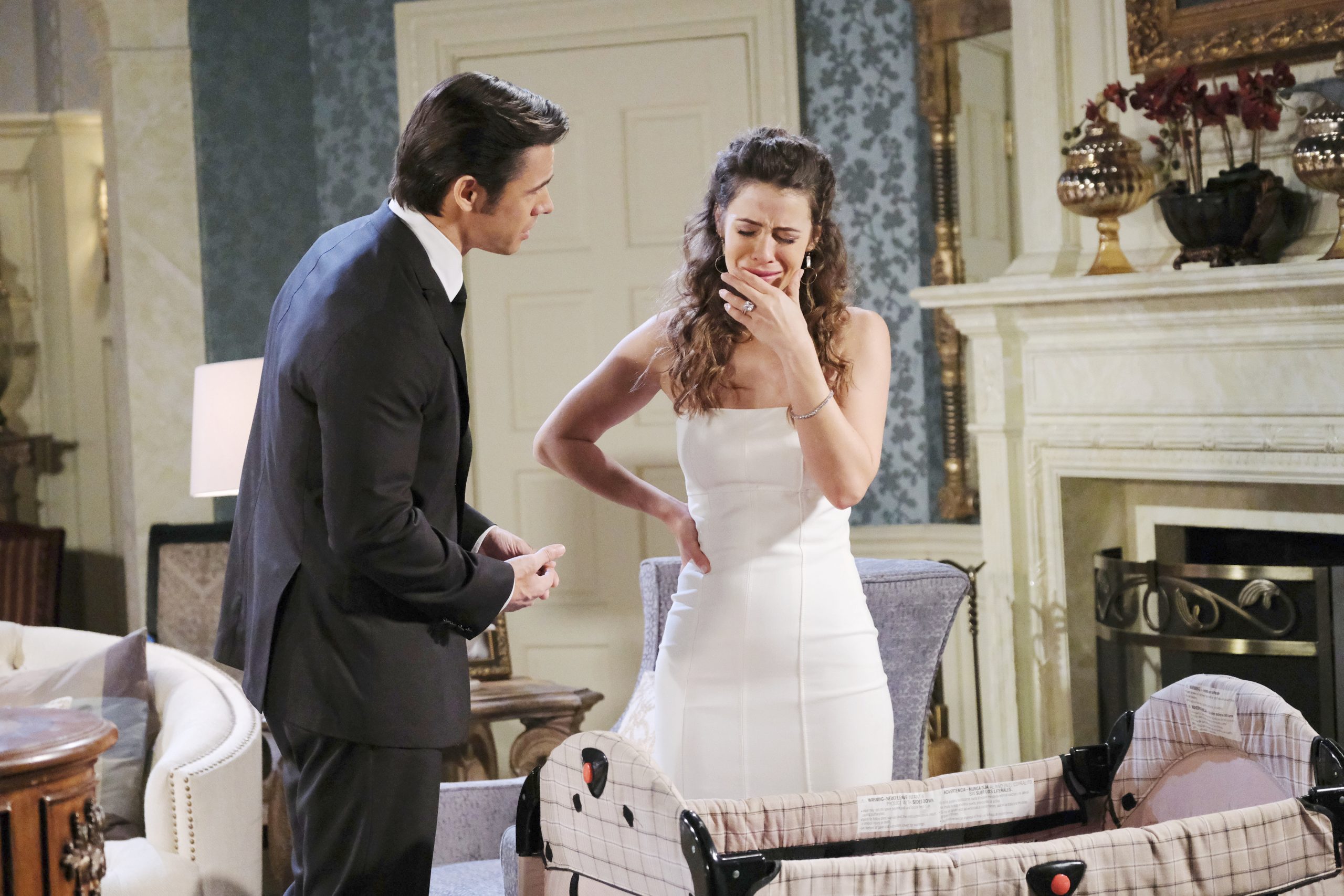 Days of our Lives spoilers reveal that we may have seen the last of Sarah Horton (Linsey Godfrey) if wild speculation turns out to be correct. Right now Sarah has absconded with baby Rachel/Mickey—will DOOL fans ever see her again?

Rumor has been swirling among fans who are worried that Sarah will not be seen after she takes the drastic step of taking “her” baby after finding out that she is not a mom after all.

After Sarah discovers that Kristin, and not she, is the biological of the baby she has raised for over a year, she loses it. Holding the infant she can’t stop crying about her horrific loss and tells the baby that she is her mother.

Fans no doubt had to grab the tissues as Sarah decided she could rightfully hang on to the baby’s memory book.

But when Eric Brady (Greg Vaughan) tries to retrieve the infant, he discovers that she and Sarah are missing.

Days of Our Lives Spoilers: Kristen Is On A Rampage – Brady Concerned About Victor’s Safety https://t.co/FnXjKUSHIe pic.twitter.com/5bCqPx2sOh

Worried, Eric consults with Xander Kiriakis (Paul Telfer) who doesn’t know where his almost-wife is and then calls Brady Black (Eric Marsolf) to let him know of the development.

Meanwhile, Xander discovers that Sarah has left her ring behind, signaling that she is not coming back. Does he know in his heart of hearts that he will never see Sarah again?

Elsewhere, Will Horton (Chandler Massey) and Sonny Kiriakis ( Freddie Smith) joke about stolen babies, with no idea of what has transpired. But a chance encounter with Sarah and the baby changes everything!

Will and Sonny tell a shaken Eric about Sarah’s whereabouts and learn the truth. Next, Sonny is informed that the Titan jet has departed with Sarah and Rachel on board, and no flight plan was filed.

As if nothing was wrong, Sarah happily talks to the baby on the plane. In a bit of delusional shock, Sarah tells the baby, “You’re my little girl.” Uh oh.

Will fans ever see Sarah Horton again? Will Sarah ever inhabit Horton Square again? Be sure to tune in and find out what happens next—you may be surprised!