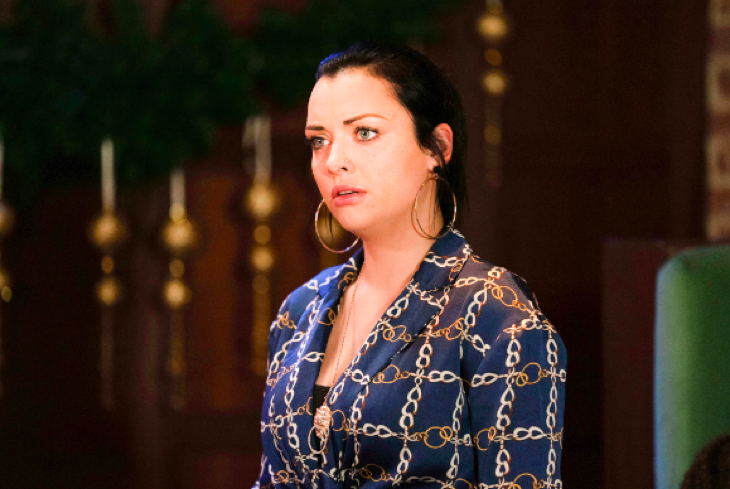 EastEnders spoilers reveal that Whitney Dean (Shona McGarty) is dealt another blow. She’s already dealing with the torment from Leo King (formerly Tom Wells), killing in self-defense, jail breakdown, and upcoming trial. Now she has to face Michaela Turnbull (Fiona Allen), who wants Whitney to pay the price. The young woman feels fleeing is her only option.

Whitney has been dealing with so much and fans thought it would be over once Leo was dead. However, she would go through even more trauma. While in jail, she had a psychological collapse and took extreme measures to get someone to listen to her. She began doubting that she would ever get out of jail, but a bail hearing appeal let her be released until the trial.

Speaking with Radio Times, McGarty explained that Whitney feels discouraged, traumatized, and has a victim’s remorse. Even though she was backed into a corner and killed Leo in self-defends, she keeps wondering what she could have done to change things. It’s something that weighs heavily on her mind, in addition to not knowing if she will be sentenced to prison or not.

“She’s always saying that it doesn’t matter how it happened, she killed someone and feels guilty about it. Whitney is going over it all the time thinking maybe how she could’ve prevented it.”

Eastenders spoilers reveal that Whitney will face more obstacles and trouble when Leo’s mom arrives. She tracks down Whitney and at first, the two women have a civil conversation. It’s one in which Whitney makes the mistake of confiding in Michaela. Then, Michaela’s true intent is revealed. She wants the young woman to pay for Leo’s death, even though Whitney was the victim.

Whitney is convinced that she is going to prison for Leo’s murder. Now, she also has to deal with Michaela’s wrath. She is already at her breaking point. Desperate and devastated, she feels that there is only one way out, the actress told Metro.

Eastenders spoilers reveal that Whitney feels her only option is to run away. Despite having people that care for her, she feels completely alone and isolated.

She is also devastated, embarrassed, and knows everyone is talking about her. This, along with having guilt and remorse over her situation leads her to make plans to flee.

Will she go ahead with her plan to run away or can someone stop her? There is a chance that she could go to prison, but going on the run will just make things so much worse. To find out how this storyline ends, we will have to keep watching. Just once, it would be nice to see Whitney have a happy ending.