General Hospital Rumor: Liesl To Find Drew And Bring Him Back Home? 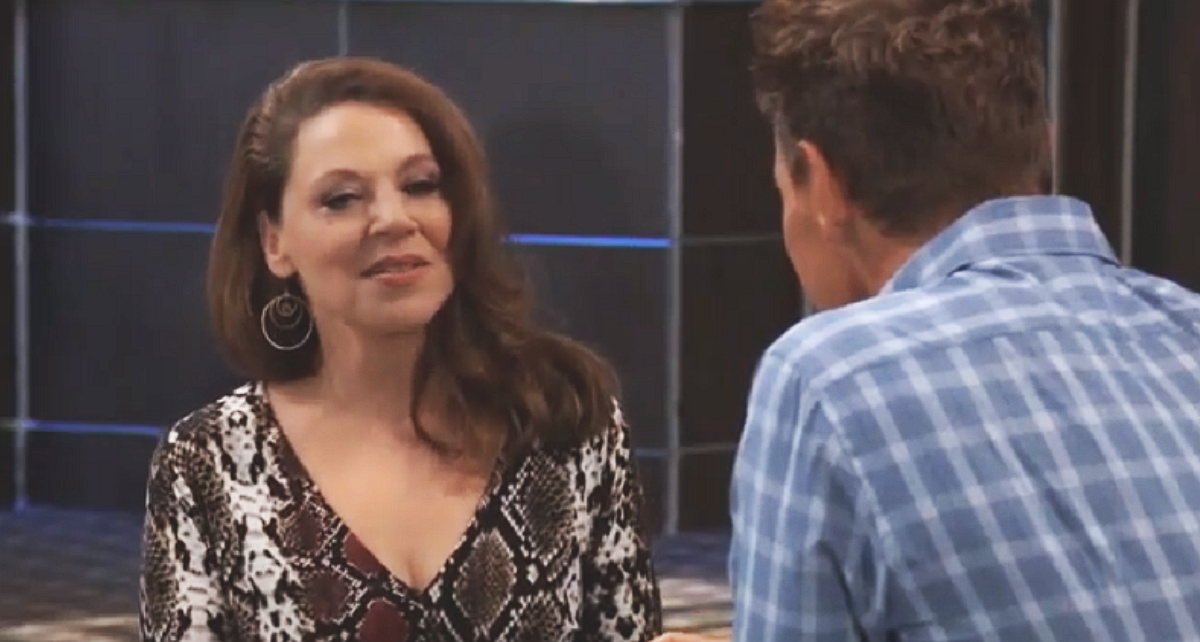 General Hospital spoilers tease that Liesl Obrecht (Kathleen Gati) may escape custody in Europe before standing trial at The Hague for the crimes that Peter August (Wes Ramsey) framed her for. Might she return in a future GH episode with Drew Cain (Billy Miller) in tow and the two of them take down Peter?

GH Spoilers: Peter August Called In “A Distraction” To Throw Robert Scorpio Off The Track

General Hospital viewers will recall that Peter called in “a distraction” to throw Robert off the track and off his trail in Tuesday, April 14th’s episode, while they were at Anna Devane’s (Finola Hughes) house getting ready for Violet Barnes’ (Jophielle Love) birthday party. Robert had made peace –supposedly – with Peter but Peter wasn’t buying it. This “distraction” may actually lead to Peter’s undoing, because what bigger distraction could there be for Scorpio than Peter’s making sure Liesl didn’t make it to trial, even if she was his scapegoat? Now, his intention may be for his contacts to kill Liesl, but she knows to watch her back and she may escape Peter’s henchmen – and possibly even fake her death, which may be the somber news that Robert receives – or it may be that she has escaped.

However, viewers would not be surprised if Peter put out a kill order on Liesl when he realizes she could get her own contacts overseas to vouch for her and get her exonerated for the charges he framed her for. The one certain way Liesl can get the truth out and get Peter taken down and herself exonerated is to find Drew – and the best way for her to safely travel through Europe and possibly into Afghanistan would be to fake her own death so that Peter and his contacts can’t find her! She would have to get a fake ID and possibly change her appearance or disguise herself. She may even have a fake mask or two hidden away somewhere in her old clinic in Switzerland that she could use! However, since the WSB is looking for Anna Devane’s (Finola Hughes) fugitive twin, Alexandra Marick (Finola Hughes) that old Anna mask might just come in handy – if she is intercepted by the WSB she has a way of contact to Robert back in Port Charles, because he believes she’s been framed but doesn’t have a way to prove it!

One Place Liesl Obrecht Might Look For Drew Cain Is The Boronsky Clinic In Russia, And Another The Turkish Prison Where Duke Lavery Was Once Held

Turkey is not all that far from Afghanistan and neither is Russia, so two places that Liesl might look for Drew is the Boronsky Clinic in Russia, where Jason Morgan (Steve Burton) had been held as Patient Six for five years, and the Turkish prison where Duke Lavery (Ian Buchanan) had been held for many years when he, too, was presumed dead as Jason was and Drew currently is. There was talk of Turkish insurgents in Afghanistan, and he could have been taken hostage as a foreigner, and especially an American foreigner!

If the DVX had intercepted Drew he could be in one of their facilities, including the Boronsky clinic. If Liesl does locate a living Drew, she can update him about Dr. Andre Maddox’s (Anthony Montgomery) new successful procedure that removed Drew’s old memories from Franco Baldwin’s (Roger Howarth) brain and presumably, back onto a flash drive just in case Drew ever did show up again and want the drive. This will encourage Drew that the older memories could be put in but then taken back out and his newer memories could be intact, as Franco’s are.

Or, if Andre has been working on the procedure any since that time he may have been able to improve it to the point that old memories can be restored without sacrificing newer ones. After all, he started it as a possible cure for Alzheimer’s Disease and may still want to redeem the process for good by refining it since the procedure on Franco was successful. This may convince Drew to get his old memories back, even though Hank Archer aka Shiloh (Coby Ryan McLaughlin) is dead; there’s still Heinrik Faison aka Peter August to deal with. Then Liesl can exonerate herself and Peter can be taken down with Drew’s memories!