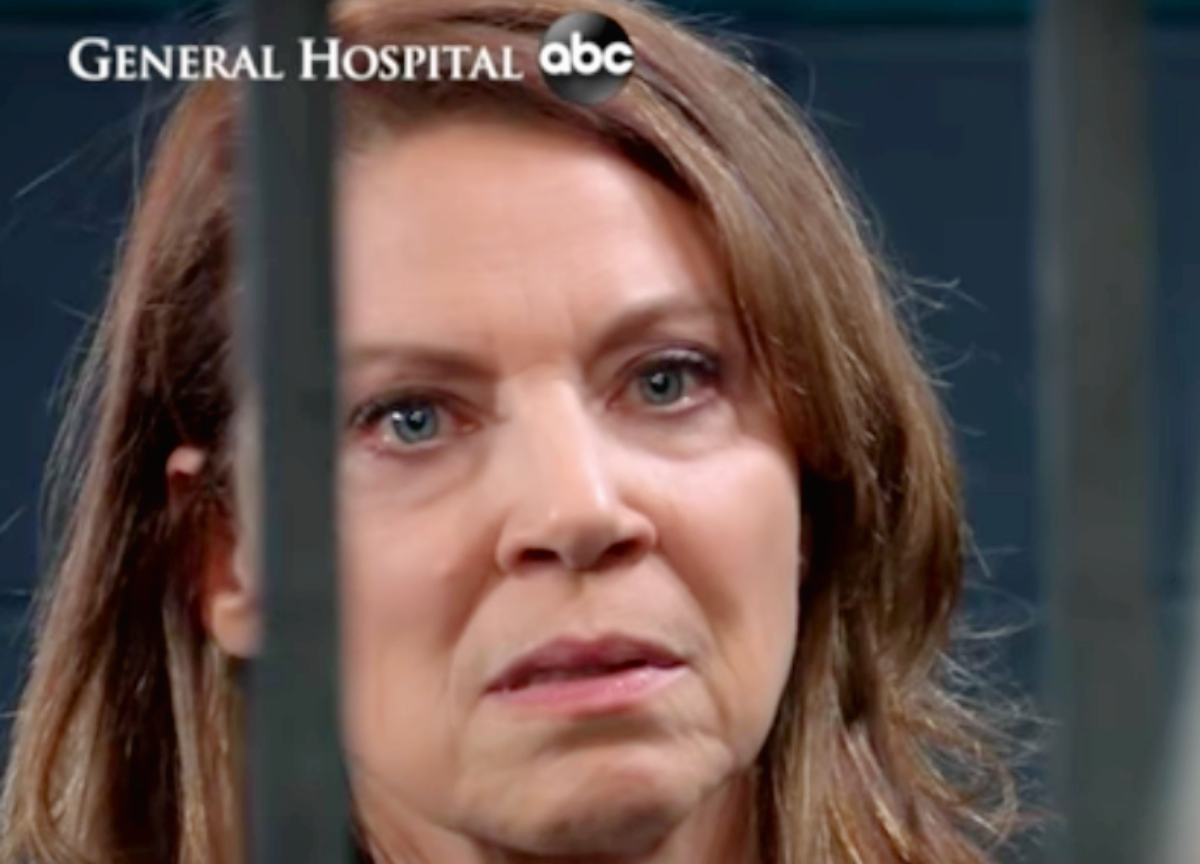 General Hospital (GH) spoilers suggest that Dr. Liesl Obrecht (Kathleen Gati) may have had her heart broken when she discovered that her daughter, Britt Westbourne (Kelly Thiebaud) left Port Charles without even saying goodbye. GH fans know that right now Obrecht is in jail and Britt believes she’s guilty.

GH viewers know that not long ago, Dr. Liesl Obrecht received a visit from a number of visitors while she sat in jail. From Obrecht’s niece, Nina Reeves (Cynthia Watros) to her (perhaps former) good friend, Franco Baldwin (Roger Howarth), everyone who came by and visited with Obrecht rejected her pleas of innocence. Sadly, this also included her daughter-in-law Maxie Jones (Kirsten Storms), who recently came to bid her adieu. However, GH viewer’s know that it was Britt’s denial of Obrecht’s innocence, which cut to the quick.

General Hospital Rumor: Liesl To Find Drew And Bring Him Back Home?

Now, GH fans may feel that Obrecht certainly has many sins in her past; however, it’s clear that she isn’t in jail for any of them. Most GH fans know that Peter August (Wes Ramsey) has framed Obrecht for murder and attempted murder. In fact, one of the murders pinned on Obrecht was that of Drew Cain (Billy Miller).

General Hospital Spoilers – Britt Westbourne Has Cause to Reject Obrecht

Of course, many GH viewers seem to have as little sympathy for Obrecht as Britt has. After all, Obrecht has schemed and manipulated many people. Britt happened to be one of them on multiple occasions. One can imagine that Obrecht might have shed tears and pleaded with Britt if she had been caught and incarcerated for her crimes back then too! Then there Obrecht’s sins against others that Britt knows about. Obrecht tried to have Franco killed. Britt knows that.

In any case, it’s quite possible that Britt simply felt that enough is enough. Britt is guilty of plenty all on her own, yet her crimes pale in comparison to those of her mother. Maybe Obrecht is a reminder of all the things that Britt has wanted to escape all of her life. Maybe Obrecht has quite simply become the family embarrassment.

Regardless, many GH fans think Britt was entirely justified when she walked off without giving Obrecht the benefit of the doubt.

Some GH viewers were understandably shocked when Britt disappeared from Port Charles. She seemed to be there and gone, and many felt that Britt’s time in Port Charles was far too short. Many hope Britt will be coming back as some also felt that she was one of the spicier GH characters.

With that said, even though it seemed clear that Britt wasn’t buying Obrecht’s story, she’s still the woman’s daughter. The fact that Britt appears to have left town for a new job somewhere else seems cold, when one considers that she didn’t let Obrecht know that she was leaving or why. In fact, GH fans know that Obrecht considered a punch in the gut. Everyone could tell simply by looking at Obrecht’s expression when she received the news.

It may be easy for some to explain away Britt’s disrespectful behavior toward her mother, but that doesn’t make it right. On the other hand, there may yet be a reason Britt left without telling anyone. If Britt left Port Charles in order to better gather necessary evidence to clear Obrecht’s name, maybe it’s better that she’s gone for the time being.

Who knows if Britt’s story is even true?

What if she didn’t take a job, but went on an investigative mission instead? If that’s even possible, then Obrecht might have an ace in the hole she doesn’t know about, and Peter might have more to worry about than he thinks.