General Hospital Spoilers: Valentin and Laura Spencer Discuss Charlotte And Custody Case – Does She Have A Solution? 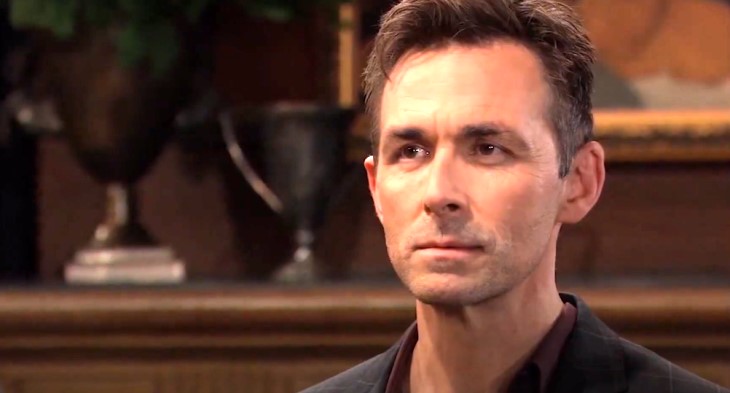 General Hospital (GH) spoilers suggest that Valentin Cassadine (James Patrick Stuart) may want peace with Lulu Spencer-Falconeri (Emme Rylan). GH fans may wonder if the evil Cassadine is sincere in his wish for an amicable settlement with Lulu or if he is merely stalling for time.

General Hospital Spoilers: Will Brook Lynn Finally be Honest With Dustin? – Collaboration with Him Leads to Romance?

GH fans know Valentin Cassadine to be an incredibly intelligent man. Valentin is also a man who loves his daughter intently. In fact, Charlotte Cassadine (Scarlett Fernandez) may be one of only two people Valentin actually loves on the entire planet. That’s why viewers watched Valentin meet up with Laura Spencer (Genie Francis) at the Metro Court. Valentin knows that when it comes to child custody, without evidence of either physical or sexual abuse, a judge isn’t going to ignore his rights as a father … no matter how much Laura or Lulu tries to paint him as an evil person.

Additionally, Valentin knows that a child’s needs come first. Surely, neither Laura nor Lulu would have appreciated being estranged from their respective fathers by force. Furthermore, every restriction that Laura and Lulu could dream of imposing on Valentin’s rights as a father could come back to haunt them. Valentin knows all of this and rightly urged Laura to get Lulu to make peace now before going to war in court.

Should Valentin’s attempt at being a nice guy fail, and Lulu decides to push forward with her attempt to get custody of Charlotte, GH viewers can bet that Valentin won’t play nice. Consider all the plotting and scheming Valentin did to get back the Cassadine estate! Think about Valentin’s current attempts to buy up real estate and make wild investments all across Port Charles! The man has had to associate with many unsavory characters, and Valentin hasn’t minded one bit.

GH viewers understand that Valentin is a man who treasures the end. Valentin’s goals justify the means. Remember how Valentin has used blackmail when it came to his hold over Linc Brown (Dan Buran) in order to get Brook Lynn Quartermaine’s (Amanda Setton) shares of ELQ. Think about how Valentin went to great lengths to get Nelle Benson (Chloe Lanier) forged documents and then stole those same documents back from the police … just so he could get Nelle’s shares of ELQ.

Then think about the fact that Valentin has a video of Lulu fighting like a madwoman in the Metro Court dining room. GH fans everywhere know Valentin is simply saving that video for use as leverage over Lulu. In fact, GH viewers may see Valentin use that video much sooner than later!

5 Intriguing General Hospital Spoilers: GH Characters We Would Like To See Return In 2020 #gh #generalhospitalhttps://t.co/il6dbpL0Vx

If there was an issue that would cause Valentin to pull out all the stops, to make him stoop to the lowest levels possible, that would make him go crazy with rage, it would be someone trying to take Charlotte away from him.

There’s something that Machiavelli suggested in his book, “The Prince” that is very apropos when it comes to Valentin. Machiavelli wrote, “If an injury has to be done to a man it should be so severe that his vengeance need not be feared.”

If Lulu makes a play for sole custody of Charlotte, ignores Valentin’s outstretched hand for peace, and yet fails in her endeavor … heaven help her.