The Bold and The Beautiful Spoilers: Ridge Not Willing to Forgive Brooke – She Plots To Ruin His Future with Shauna? 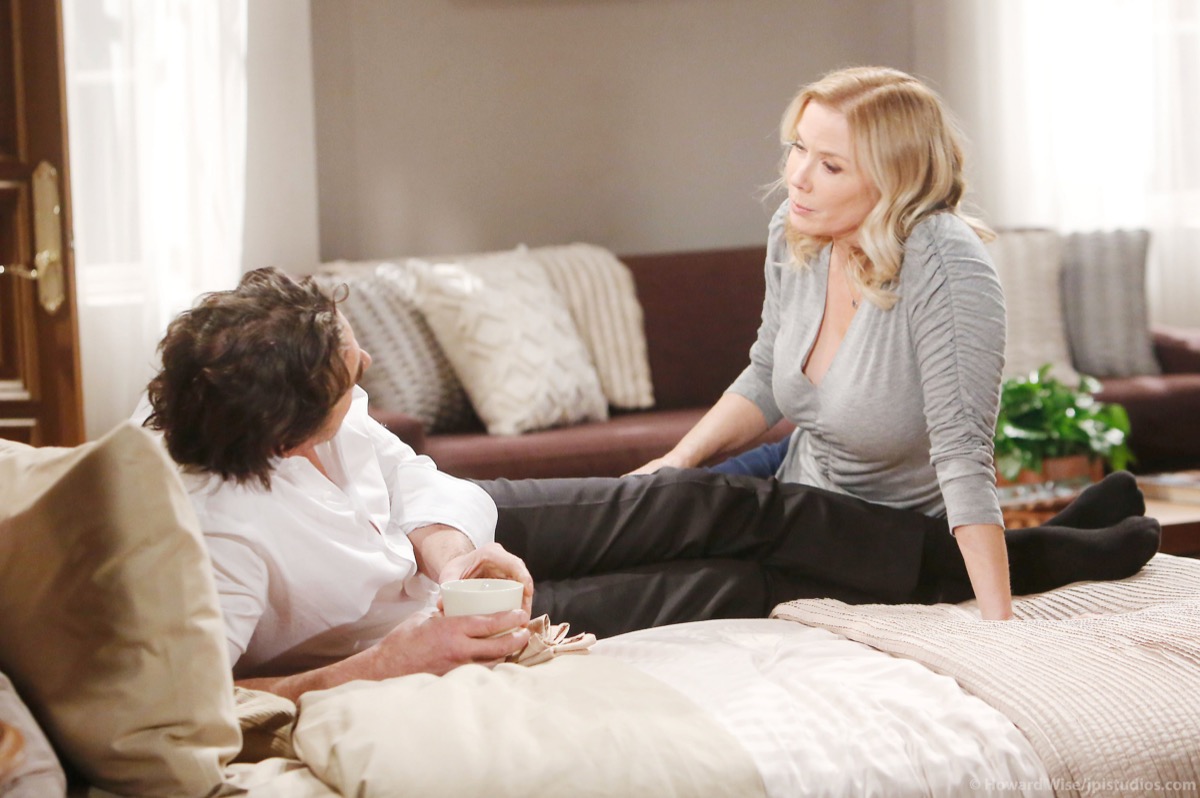 The Bold and the Beautiful spoilers suggest that Brooke Logan (Katherine Kelly Lang) may have done something to sabotage Ridge Forrester’s (Thorsten Kaye) chances at a happy future with Shauna Fulton (Denise Richards). B&B fans know that Ridge was out in Las Vegas trying to blow off some steam with Shauna. However, he woke up back at the Forrester Mansion unable to recall what happened the night before. To make matters worse, Shauna mentioned something strange on his last phone call with her!

Back at the Forrester Mansion, Brooke seems all lovey-dovey to Ridge. Of course, Brooke still attempts to make Ridge feel guilty. She tells Ridge that she tried calling him about a million times with no answer. Because of that, Brooke knew that the Forrester pilot flew Ridge somewhere. In anything, Brooke is tenacious, and she wormed the truth of Ridge’s whereabouts from Ridge’s pilot. Brooke also confirmed her suspicions that Ridge was spending his time in Las Vegas with Shauna.

Ridge hadn’t even fully gotten out of bed yet (fully clothed) when Brooke started in on her attempt to weasel her way back into his good graces. She asked Ridge how they’d gotten to such a bad place in their lives. How had Ridge and Brooke gotten so far off course? Ridge replied that he didn’t know. Brooke went on to let Ridge know that she believed they would go on to get back together even though she had betrayed his trust.

B&B viewers who were paying attention might have noticed that while Brooke spoke an awful lot, Ridge declined to either confirm or deny the assertions Brooke was making about their marriage!

B&B fans might have noticed that throughout the conversation between Ridge and Brooke, Ridge’s whole body language was stiff. Ridge wasn’t relaxed. In fact, Ridge was cold and distant, as some B&B viewers can understand! After all, Brooke kissed Bill Spencer Jr. (Don Diamont), Ridge’s arch nemesis. Most GH viewers might be able to understand a desire on Ridge’s part then, to keep Brooke at arm’s length. In fact, after Brooke had her say, it might be better for her to simply give Ridge some space and time to process everything that’s happened of late.

While Brooke didn’t sleep with Bill … logically, if things continue unaddressed, that’s the next step. Ridge isn’t stupid. If Ridge and Brooke both consider a kiss with someone other than their respective spouses to be cheating (as many B&B fans most certainly do) then it’s likely Ridge needs some time to formulate his response. Rushing back into Brooke’s arms just might be a massive mistake.

Now, Some B&B fans might think that it makes sense for Ridge to immediately ditch Brooke and go running into the arms of Shauna, perhaps forever. However, that would be a rash decision for Ridge to make. Brooke’s just hurt him deeply. Making a decision to end his marriage and immediately jump into another with Shauna may not be the wisest course of action for Ridge.

B&B fans should recall that twice now, Ridge has woken up after drinking a lot while in the company of Shauna. Might that not be an indication that there’s an element of their relationship that isn’t good for Ridge?

With that said, Ridge is an adult. Many other men have made horribly hasty decisions when they’ve discovered their wife has broken established boundaries. Ridge certainly wouldn’t be alone in that. Many B&B fans might like to see Ridge with Shauna, but there remains a problem. Not only did Shauna speak with Ridge over the phone where she basically broke up with him … Shauna suggested that it wasn’t her choice to do so …

It’s a question then as to whether Brooke or someone else got to Shauna in the time between Ridge’s amazing night with her, and the moment Ridge found himself waking up at Forrester Mansion!