The Bold And The Beautiful Spoilers: Will Dr. Escobar Be Redeemed, Rewarded For Turning On Sally 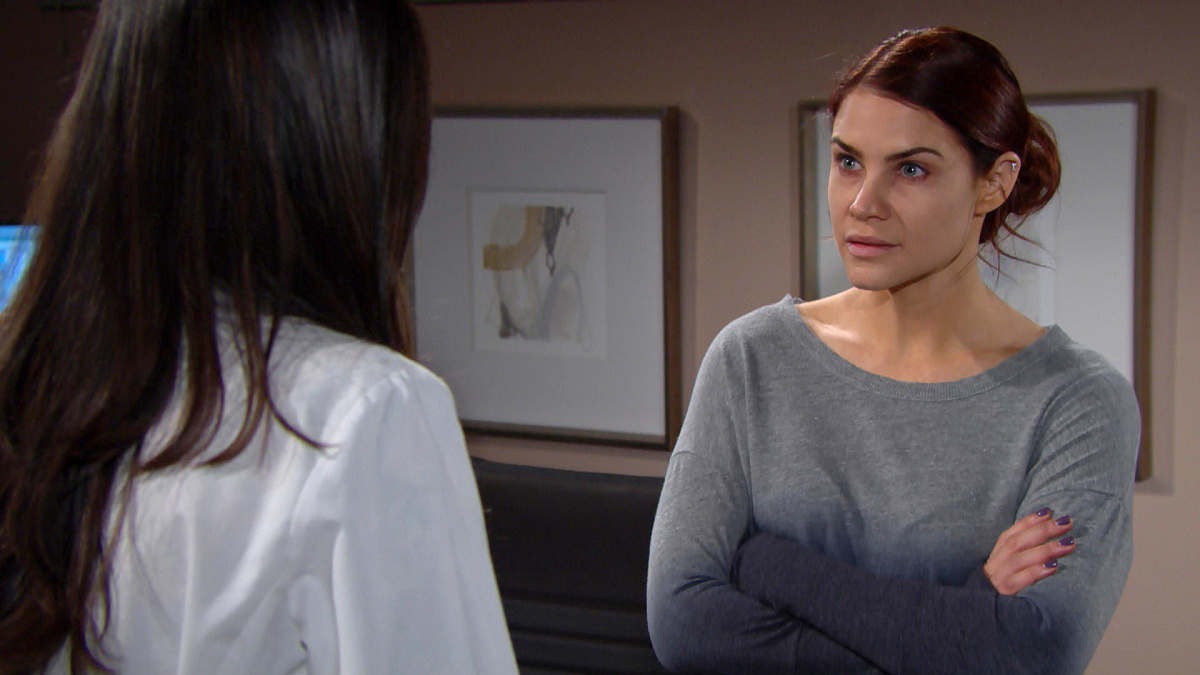 The Bold and the Beautiful (B&B) Spoilers hint that Dr. Penny Escobar (Monica Ruiz) may be able to have her own redemption ark as the storyline continues. Dr. Escobar has found herself in a stressful position as she has to decide between doing what is right and doing what will give her what she wants.

However, it seems that she has more of a conscience, then Sally Spectra II (Courtney Hope) does, which might be the very thing that will help her redeem herself and may even get her what she wants. Could Dr. Escobar be redeemed once this storyline ends?

The Bold and The Beautiful Spoilers: Quinn Pushes Ahead With Her Plan To Destroy Brooke – Eric Is Close To Dumping Her

The Bold and the Beautiful Spoilers- Flo has a Sketchy Past

Well, to answer this question, it might be best to look at past interactions that have resulted in a character who has been in the wrong, becoming a character who is liked by others.

The most recent person would be Flo Fulton (Katrina Bowden), who went from being disliked by others to being accepted by the family that she betrayed. This meant that she had to give up a part of her body in order to be let back into her family, but she was still accepted. In a way, Dr. Escobar would be a greater advantage then Flo was.

Bold and Beautiful Spoilers: Sally Not Ready To Give Up, Manipulates Wyatt Into Letting Her Stay at His Home? https://t.co/jTPXAwDNdb pic.twitter.com/2QQ5ciFCTq

The Bold and the Beautiful Spoilers- Dr. Escobar Reveals All

Dr. Escobar would be exposing Sally if she came out with the truth at this point. As she would be showing just how far that Sally is willing to go in order to get Wyatt back. Coming out with the truth quietly to Flo might give her an advantage while also getting Flo to trust her and allowing Flo to handle things her way. She may even find herself working at Forester if she is honest with everyone about what Sally has been doing. In a way, she would be doing something that Flo did not do, which will be coming out with the truth, or at least that is what some viewers are hoping for.

Dr. Escobar has been showing signs that she will soon spill the beans, and it will only be a matter of time before the truth comes out. What do you think? Will Dr. Escobar come out with the truth, and will she be redeemed? We’ll give you updates as other B&B news comes in. Stay tuned to the CBS soap, and don’t forget to check HH often for the latest Bold and the Beautiful spoilers, updates, and news.