The Young and the Restless Spoilers: Adam Continues To Act Superior – Power Grab Will Have Consequences 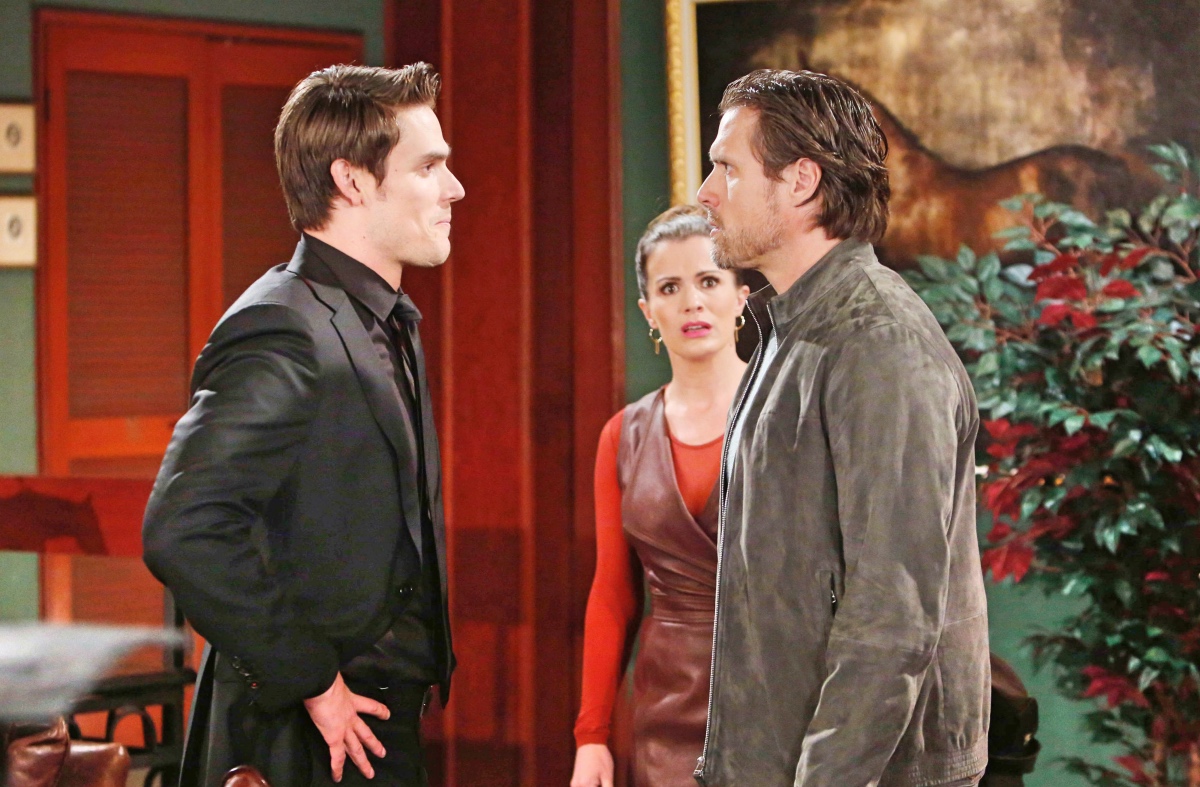 The Young and the Restless spoilers document that Adam Newman’s (Mark Grossman) power grab scored a victory. It’s put him in the top spot at Newman Enterprises, much to his sister’s, Vickie Newman (Amelia Heinle), chagrin.

But with Adam’s presumed rise comes his place inside a glass house, which means the towering building that’s often seen in a long shot of the Genoa City, Wisconsin, skyline. The Newman Enterprises building and the global conglomerate that Victor Newman (Eric Braeden) founded in 1980, is now controlled by Adam.

Along with this sudden, shocking dynamic shift are the reactions of those who aided it’s reality, assented, and were booted out. That would be Alyssa Montalvo (Maria DiDomenico), Victor, and Vickie in that order.

The Young and The Restless Spoilers: Summer and Kyle Doomed – Realizes She’s Pregnant With Theo’s Baby

Alyssa was stunned by the information Vickie told her. Their meeting at the bar in the lobby of the Grand Phoenix Hotel was one Heinle’s character made happen.

Vickie sought out Alyssa because she wanted to enlighten her about Adam’s hidden motives. As viewers know, the so-called story that Adam wanted Alyssa to research was simply a ploy to use her crime reporting skills in order to unearth information about A.J. Montalvo’s (no known actor’s name for the role of this deceased character) death.

Adam believes that Alyssa’s work and the box of evidence she provided to him confirms that Victor killed A.J. in Kansas years ago and then covered it up.

The Young and The Restless Spoilers: Y&R Moves To Virtual Episodes When New Episodes Runs Out? https://t.co/P2weSVUppV pic.twitter.com/3Ltzvke1Rw

Victor had a flashback, where he saw A.J.’s body lying on the floor of a barn. That implied that Victor was standing in the loft, where Alyssa’s father was previously thought to have accidentally fallen from.

Alyssa believes that the Coroner’s document doctoring means that Victor was responsible for the crime because Braeden’s character is said to have paid off the government official. However, many scenarios could have caused Victor to be present at that scene, with whatever his actions were and in consideration of whoever else may have been there.

Vickie is outraged that her youngest brother literally forced her out of the Chief Executive Officer’s position that she worked hard to earn and, after a recent stabbing, just returned to. She’s also completely disappointed that her father is allowing Adam to get away with this without any pushback.

Instead of remaining patient and allowing Victor to respond to Adam, as her father requested she do, Vickie has launched a solo counterattack. Adam sees himself as Vickie’s intellectual superior. Y&R fans are already seeing that he’s underestimated his sibling while sitting in the glass house that he feels entitled to be in.