Bold And The Beautiful Spoilers: Who Is A Better Lady For Wyatt – Flo Or Sally? Vote Now! 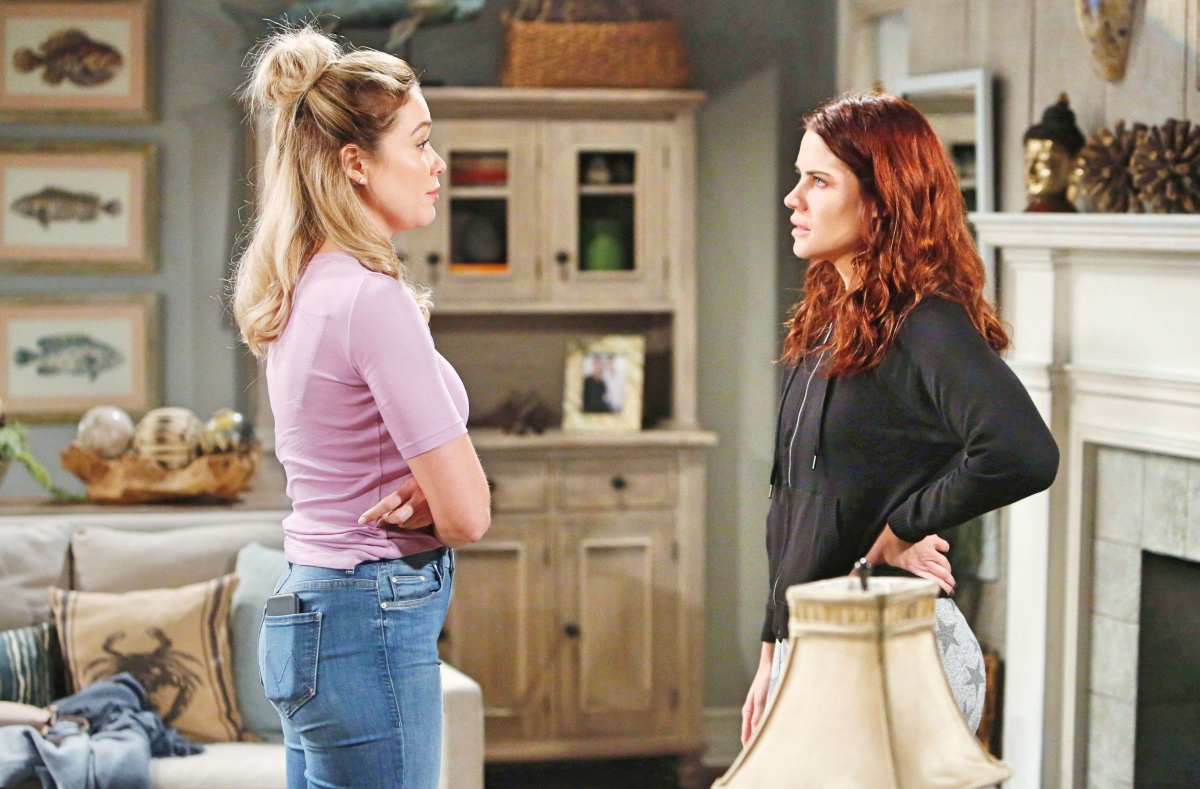 The Bold and the Beautiful spoilers suggest that Flo Fulton (Katrina Bowden) is hands down a much better girlfriend (potential life partner) for Wyatt Spencer (Darin Brooks) than Sally Spectra (Courtney Hope).B&B fans know that this is because Sally Spectra has proven herself to be literally psychotic in the realm of romance.

While at one time B&B fans might have thought that Sally and Wyatt made a good couple, Sally’s truly bizarre plot to get Wyatt back as a romantic partner has blown that idea all to hell. Now, B&B viewers who have been watching for some time know that Sally and Wyatt do share some personality qualities that drew them together in the first place. Sally works hard. Wyatt works hard. Both Wyatt and Sally are employed in an artistic industry. The moments Wyatt and Sally shared were wild and fun. In fact, there’s an uncertainty about Sally that Wyatt may find attractive.

However, Wyatt’s mom, Quinn Forrester (Rena Sofer) never really liked Sally and so there was always family tension whenever Wyatt and Sally were together at family functions. The real kicker, however, is Sally’s willingness to do whatever it takes to have Wyatt in her life. One doesn’t go to immense lengths to lie and emotionally blackmail the object of one’s affections the way Sally has done to Wyatt. At least, no normal person behaves as Sally has. Therefore, many B&B fans believe that Sally is certainly no longer a viable option for Wyatt as girlfriend, civil partner, or wife material.

B&B Spoilers – Flo On the Other Hand

B&B fans (as well as most B&B characters) are likely to view Flo as a much more likely candidate for Wyatt’s continued affections. While it’s true that Flo lied to Wyatt about being pregnant once, it’s also true that she came to Wyatt of her own accord and confessed the truth. Flo was self-accountable. Unlike Sally, Flo didn’t go for eons attempting to maintain a deception. Then there’s the fact that while Flo may not be as wild or flamboyant as Sally, she has other attractive qualities. Flo is more stable for one thing!

Flo and Wyatt also grew up in the same area and were high school sweethearts. That means as one of Wyatt’s first loves, she’s got a place in his heart and mind that no one else will ever be able to replace. Moreover, Quinn prefers Flo to Sally. Quinn believes that Flo is the right choice for Wyatt. And, sometimes, don’t mothers know best?

Bold and Beautiful Spoilers: Sally Not Ready To Give Up, Manipulates Wyatt Into Letting Her Stay at His Home? https://t.co/jTPXAwDNdb pic.twitter.com/2QQ5ciFCTq

There is definitely an argument to be made that sometimes a man like Wyatt simply wants to feel alive. Any romantic partner that can create intense emotion within, as Sally sure seems able, can be like a drug. Wyatt’s mother knows those kind of romances aren’t usually the kind that last long-term, however. They’re usually fraught with extreme highs and extreme lows, and Quinn doesn’t want that for Wyatt.

In the end, B&B viewers may see Wyatt choose to stick with Flo. That’s because Wyatt and Flo may share values, they can trust each other in ways that Wyatt and Sally simply cannot, and Flo is authentic. She doesn’t need to lie to Wyatt in order to hold on to his love.

B&B viewers may agree that says everything right there.