Days of Our Lives Spoilers: Maggie Realizes Summer Tried To Kill Her, But How Will She Prove It? 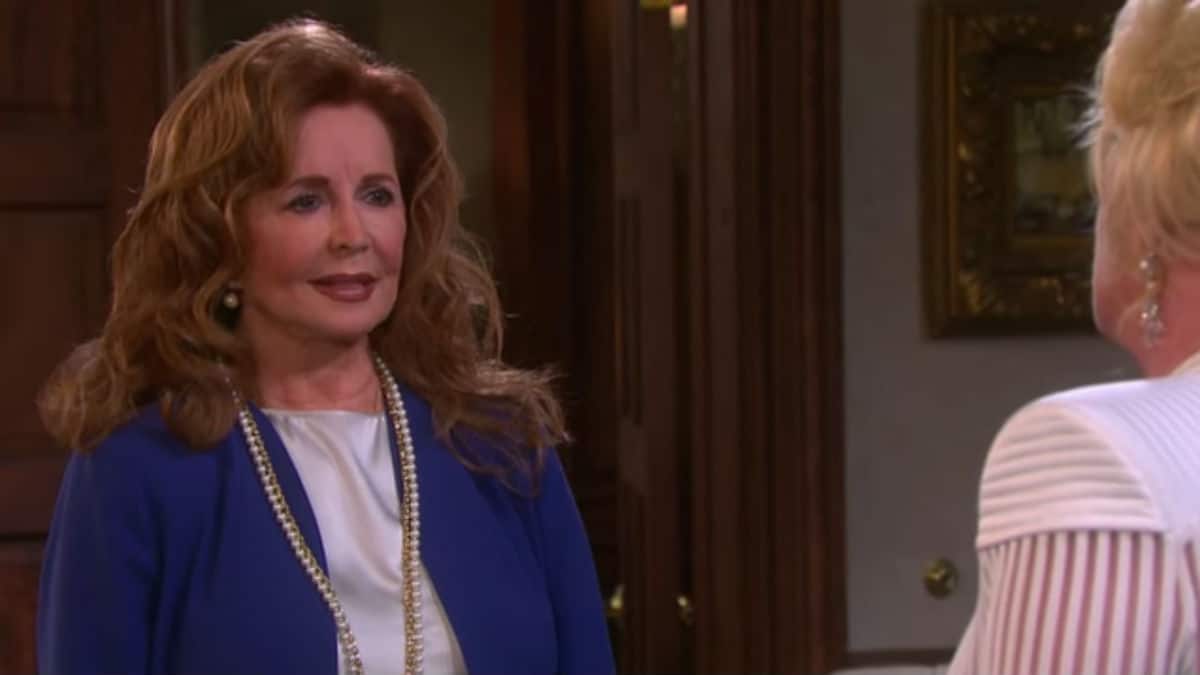 Days of Our Lives spoilers reveal that Maggie Horton Kiriaikis (Suzanne Rogers) is serving time for her role in Adrienne Kiriakis’ (Judi Evans) death. However, the crash was no accident. Maggie wasn’t just framed for drunk driving, someone wanted her to die on that particular night. It is teased that Maggie will realize she’s innocent and her own daughter tried to murder her.

DOOL spoilers reveal that there is a good chance that Summer Townsend (Marie Wilson) is responsible for the crash. She blamed Maggie for her problems, including her alcoholism. When diagnosed with liver disease, Summer once again blamed her mother. If she was going to die, then she wanted Maggie to die too.

Considering their issues, it can’t be a coincidence that Summer planned to kill Maggie on Mother’s Day. That’s why her visit was so “urgent,” because in her warped mind it had to be done on that particular day.

The night Sarah Horton (Linsey Godfrey) went into labor, Maggie was supposed to drive her to the hospital. But Summer interrupted and refused to let Maggie go. Looking back, the look on Summer’s face wasn’t concern for Sarah. She had to adjust her plan so a pregnant woman didn’t die.

It seems likely that Summer drugged Maggie so she would pass out and put her in the car along with empty liquor bottles. She probably used something to apply pressure on the gas pedal. This would explain the car that Adrienne saw veering all over the road… because nobody was holding onto the steering wheel.

Days of Our Lives spoilers suggest that Summer’s revenge plan went horribly wrong, which resulted in the death of a woman and a newborn baby. A lot of other Salemites were affected too. Kristen DiMera (Stacy Haiduk) wouldn’t have killed Haley Chen (Thia Megia) and JJ Deveraux (Casey Moss) wouldn’t have gotten addicted to pills. The baby swap wouldn’t have happened either and Kristen wouldn’t have stabbed Victor Kiriakis (John Aniston).

Days of Our Lives Spoilers: Xander Refuses To Give Up On Sarah – Finds A Way To Keep Relationship Alive https://t.co/nfwLokiozM pic.twitter.com/dhqXMQzTbk

Days of Our Lives Spoilers: Blame and Guilt

When Sarah thinks about her dead daughter, she will realize that the newborn died from that crash. Sarah will blame Maggie, who will, in turn, believing that she murdered her own granddaughter. Their mother/daughter relationship will be destroyed, at least until the truth is exposed.

It’s one thing for Maggie to remember all the details about Summer’s unexpected visit. It’s quite another to prove that she’s innocent.