General Hospital Spoilers: How Hypocritical Is It Of Sonny to Judge Nikolas? 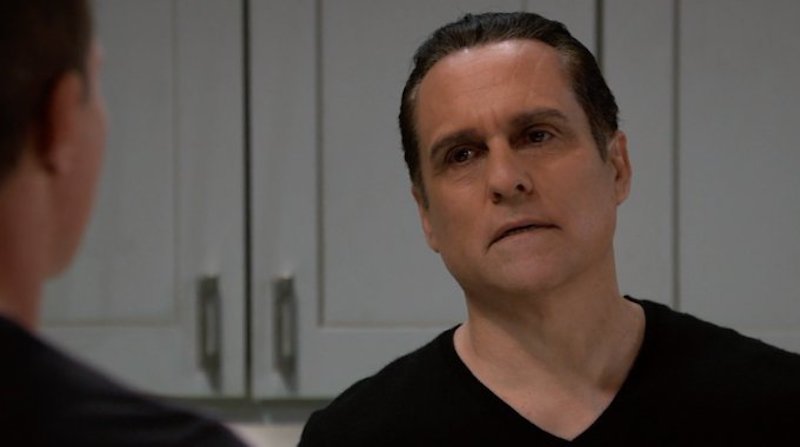 General Hospital (GH) spoilers suggest that when mob boss Sonny Corinthos (Maurice Benard) took Nikolas Cassadine (Marcus Coloma) to task for abandoning his son, Spencer Cassadine (Nicolas Bechtel) he may have been acting as a colossal hypocrite. GH fans know that Sonny’s been getting regular calls from Spencer and probably feels an affinity for the kid. However, is Sonny morally better than Nikolas?

General Hospital Spoilers – Sonny Has it Out with Nikolas

A lot of GH fans felt Sonny overstepped his bounds when he reamed The Good Cassadine for his role in emotionally scarring his own son. As GH viewers know, Nikolas was attempting to get back his fortune and was in the midst of a feud with Valentin Cassadine (James Patrick Stuart). During all that drama, Nikolas faked his death so that he could operate more freely. The terrible part in all of this, is the fact that Nikolas allowed Spencer to believe that he was dead for over three years. For three long years, this poor kid mourned Nikolas and believed that he was an orphan. To Sonny, behavior like that of Nikolas was simply reprehensible.

Many GH fans know and understand where Sonny might be coming from considering the fact that his own father, Mike Corbin (Max Gail) abandoned him when he was a kid. It’s no wonder then that Sonny told Nikolas to stay away from Spencer, and that if he didn’t, the Prince of Nothing would answer to him.

Now, it should be remembered that although Nikolas absolutely did something gross when it came to Spencer, he’s also tried (barely) to make amends since then. Viewers may remember that Nikolas traveled all the way to Paris, France where Spencer is living in boarding school. There, together with his erstwhile wife, Ava Cassadine (Maura West), Nikolas revealed that he was still alive and wanted to take Spencer back to Port Charles with him. Unfortunately, Spencer practically spit in his face.

Of course, most GH fans can hardly blame Spencer for his violent reaction to Nikolas’s revelation. It was kind of a “Surprise! I’m not really dead! How cool is that?” moment on Nikolas’s part. It was shameful behavior and Spencer knew it. Kids like Spencer are hardly stupid.

However, viewers ought to remember that Sonny isn’t Spencer’s father. Even as someone who cares for Spencer, Sonny didn’t really have the legal or moral authority to threaten Nikolas in any way, shape, or form. Moreover, one shouldn’t threaten when one isn’t able to carry out the threat and Sonny ought to realize that.

The truth is, maybe Sonny was simply playing the tough guy. Maybe Sonny felt that Nikolas deserved the tongue lashing of the century. After all, Spencer is Sonny’s nephew and Sonny is known to take care of his family. However, what could Sonny really do if Nikolas chose to defy him? Is Sonny really going to send out Jason Morgan on a hit mission against Nikolas? Probably not considering the fact that Nikolas is Spencer’s dad, even if he’s a poor one. Secondly, ordering a hit on the son of Laura Spencer might not be the wisest thing Sonny could ever do.

No, GH fans will probably not see anything come of the conversation between Sonny and Nikolas other than bruised pride on the part of Nikolas. Spencer can be proud knowing that he’s got someone like Sonny looking out for him though!