General Hospital Spoilers: Nina And Nelle Are Just As Similar As They Are Different – Here’s Why 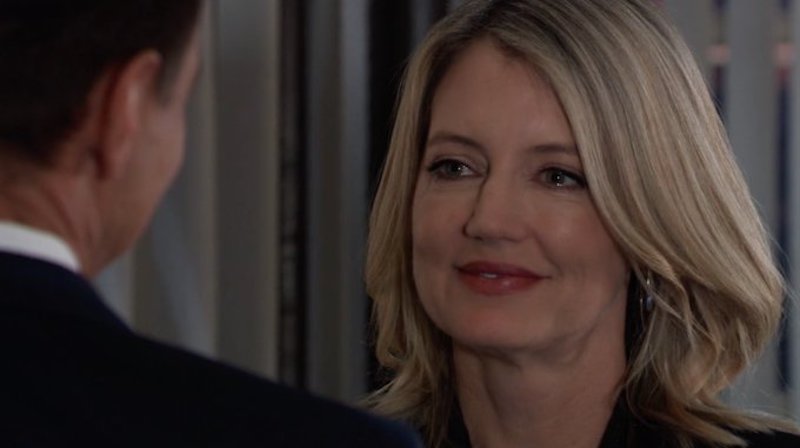 General Hospital (GH) spoilers hint that Nina Reeves (Cynthia Watros) and Nelle Benson (Chloe Lanier) may be similar in some ways but different in the ways that matter. In a recent episode of GH, Nina questioned just how alike she was to Nelle as she has a similar background to Nelle. After a conversation with Jax (Ingo Rademacher), it seemed like Nina’s worries were put to the side. However, it does raise a good question, just how similar are Nina and Nelle?

Nina and Nelle do share similar backstories, as Nina stated before. Nina grew up with her mother, who would eventually disapprove of her husband, Silas Clay (Michael Easton). When her mother found out that she was pregnant, she put her in a coma in an attempt to kill the child. When the child was born, she decided to give away Nina’s child, which caused Nina a lot of distress that followed her when she woke up out of her coma. Even when she woke up from her coma, she schemed to get what she wanted. Nelle’s story is similar; however, instead of a baby being taken away from her, it was her kidney. This had lasting effects on her as well as she, and she blames Carly for her kidney being taken. When Nelle came into town, she took revenge on Carly. Nelle was also lied to by the person she was raised by.

Nelle and Nina may share similarities, but they are different in many ways as well, at least in their approach. Nina did lie about being paralyzed and did steal Ava Cassadine’s (Maura West) baby, but compared to Nelle, it’s not the worst thing that could be done. As for Nelle, she was committing crimes before she came into Port Charles, if Nelle’s backstory is still true, then she might have killed her first late husband before arriving in Port Charles. When she arrived in Port Charles, she went on to pretending like she slept with Sonny and then turned back around and tried to kill Michael. Then gave away their baby and put a dead one in Michael’s arms. Nina’s actions were a combination of getting back at people who wronged her as well as mental health problems. However, with Nelle, she seems to be more calculating and intentional with her actions.

There could be a redemption ark for Nelle in the future, yet, for now, her actions seem more calculating then with Nina. What do you think? Are Nelle and Nina more similar then different or more different than similar? We’ll give you updates as GH news comes in. Stick with the ABC soap, and don’t forget to check Celebrating The Soaps often for the latest General Hospital spoilers, updates, and news!