The Bold and the Beautiful Spoilers: Bill Loves Katie, But More Likes A Sister – Feels Obligated to Keep Family Intact 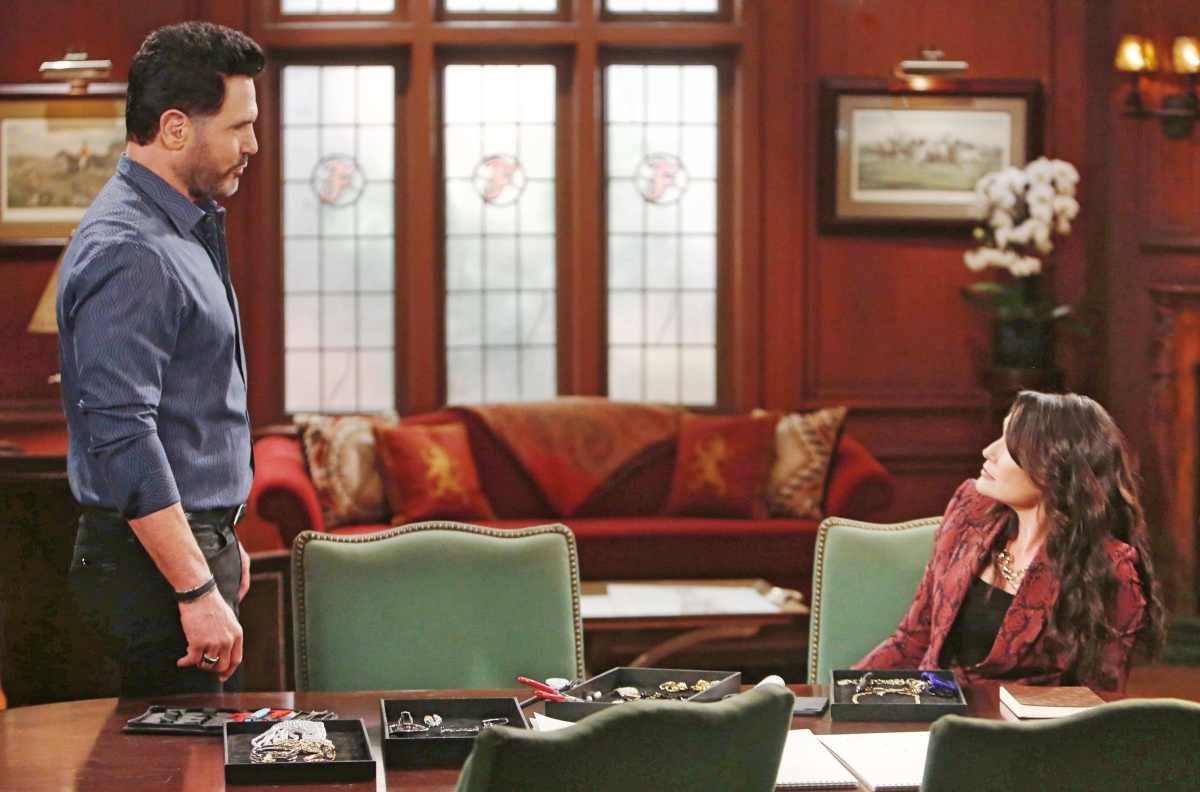 The Bold and the Beautiful spoilers reveal that Bill Spencer (Don Diamont) has repeatedly betrayed Katie Logan (Heather Tom). Perhaps there is a reason for that. The actor recently suggested that Bill feels obligated to keep his family intact. He loves Katie because she is the mother of his son. However, he might not be “in love” with her, which could explain a lot.

As fans recall, when Bill and Steffy Forrester (Jacqueline MacInnes Wood) had a fling a few years ago, she ended up pregnant. When Bill thought he was the father, he almost became obsessed. He went to extremes trying to get Steffy to marry him so they could raise the child together.

It seems that Bill might be doing the same thing to Katie. It’s not really about loving her, it’s more about preserving the family unit.

Loves Katie Logan, But Not In Love With Her?

The Bold and the Beautiful spoilers reveal that Bill loves Katie, as she is the mother of his son. However, that is a bit different than being “in love” with someone.

“Bill wants to keep his family together… He does have strong feelings for her [Brooke]… Bill does not want his family torn apart, so he will do whatever he can to protect that.”

Is there something missing from the “Batie” romance that leads him to have a wandering eye? If so, then does he try to salvage the relationship not because of her, but to keep the family from being divided?

Bold And The Beautiful Spoilers: Was Brooke And Bill's Kiss Really That Bad – Ridge Was Kissing Shauna Firsthttps://t.co/ofk0Ofk0EJ

The Bold and the Beautiful Spoilers: Non-Wedding and Betrayals Explained

It is confirmed that he has “strong feelings” for Brooke. If he feels passionately toward her, then maybe that passion is missing from “Batie?” That might explain why Bill has repeatedly betrayed Katie and why they haven’t walked down the aisle yet.

At some point, Bill is going to have to be completely honest about his feeling and motivations. Until he does, he will continue to repeat his mistakes, which only leads to more pain for Katie.

The Bold And The Beautiful (B&B) Spoilers: Liam Pushes ‘Thrope’ Before Release,…