The Bold and The Beautiful Spoilers: Dr Escobar Keeps Stalling – Could Lose Her Medical License & Fail to Become a Designer? 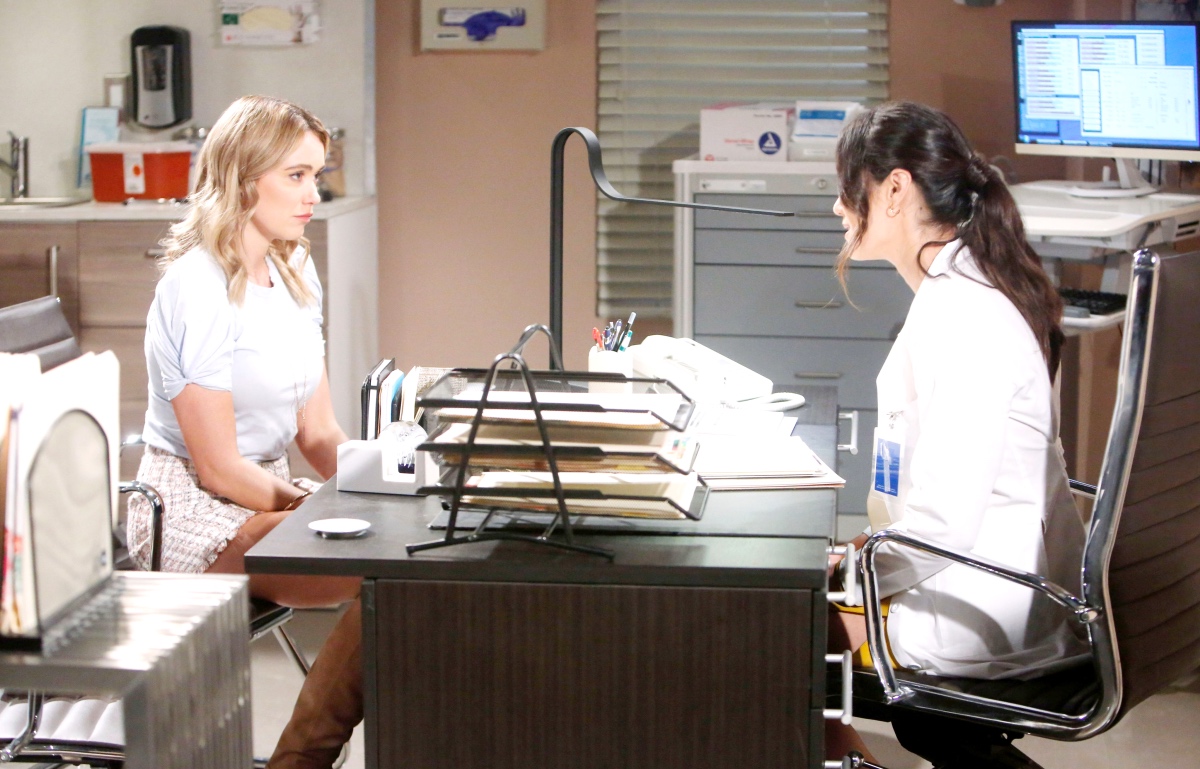 The Bold and the Beautiful spoilers suggest that Dr. Penny Escobar (Monica Ruiz) could be on the receiving end of some very nasty consequences once the truth concerning Sally Spectra’s (Courtney Hope) fake illness comes out. B&B fans know that Flo Fulton (Katrina Bowden) is looking into Sally’s claims and is now suspicious of Penny’s behavior as a doctor.

B&B Spoilers – Flo Tries to Get At the Truth

B&B fans know that recently Flo headed in to speak with Dr. Penny Escobar. In her offices, Flo told Penny that she didn’t really want to seem morbid, but she knew that when Sally was diagnosed with her illness she had only been given a month to live. Flo then asked Penny if something had changed. B&B viewers know, of course, that Penny hemmed and hawed and refused to comment. As it would most people, Penny’s stonewalling frustrated Flo immensely. After all, from the time she was diagnosed until now, Sally’s face might have gotten a little more pale, she might be walking with the help of a walker, but otherwise she seemed the same.

Bold And The Beautiful Spoilers: Who Is A Better Lady For Wyatt – Flo Or Sally? Vote Now!

Now, while some might agree with Flo’s motives in questioning Penny, many other B&B viewers were a bit incredulous. Most doctors absolutely would have cut Flo’s line of questioning off once it became clear she was repeating herself. In fact, some believe most doctors might even have called security over Flo’s badgering because it bordered on harassment.

Apparently, Flo might have seen too many episodes of certain prime time shows about private detectives living in Honolulu. That’s because in the midst of her interrogation of Penny Escobar, the good doctor got a page and was called away. Leaving aside the fact that most doctors would never have left someone unattended in their offices, most B&B fans will agree that Flo received a huge stroke of luck. After Penny stepped out, leaving Flo alone, Flo appeared for a moment to hesitate. However, two seconds later, the snoopy Flo shut the door to Penny’s office and got to town searching for medical records on Penny’s computer.

B&B viewers know that whatever Flo found on Sally Spectra shocked her. Now, it might be Penny’s turn to be surprised and distressed.

B&B fans know that Penny has been helping Sally cover up the fact that she’s actually fine. There’s nothing wrong with Sally and she’s been faking her “life-threatening” disease the whole time in order to get Wyatt Spencer (Darin Brooks) back romantically. Well, the impact of Sally and Penny’s conspiracy might affect Penny’s life way more than Sally’s. In fact, it could end Penny’s professional career as a medical doctor for good!

Penny likely didn’t even consider the idea (at least in the beginning) that when the truth comes out about Sally, she could lose all her medical privileges. In fact, the state medical board could investigate Penny. Then, Penny could lose her state medical license and she might be sued for medical malpractice. Worse, there’s even the possibility that the hospital where she works could ask the state to prosecute Penny on criminal charges!

One thing is certain, while Sally is probably going to lose her gambit to get Wyatt back, at this point Penny stands to lose a lot more than anyone else. In light of the above, one has to wonder if trying to curry favor in order to get an “in” as a fashion designer was really worth it.