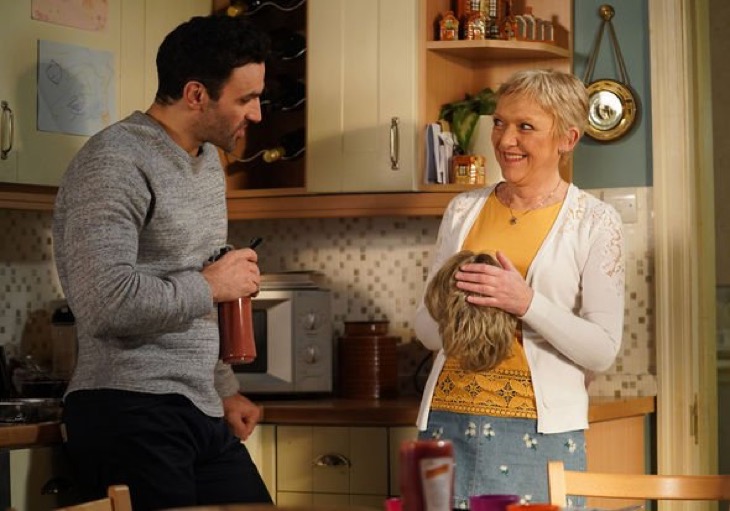 EastEnders spoilers hint at Jean Slater (Gillian Wright) receiving a gift from Daniel, who died not too long ago. Viewers have seen the battle that Jean has gone through with her fight with cancer and how she was given the all-clear recently. However, Daniel Cook (Ade Edmonson) recently passed after refusing to have the treatment done for his cancer. It seems that in upcoming scenes, Jean will soon be receiving something from Daniel. What could this mysterious gift be that Daniel has left for Jean?

Viewers recently learned in recent episodes; Jean was finally able to get rid of her wig that she was previously wearing due to her cancer treatment. She also held a “funeral” for it when she invited Mo Harris (Laila Morse) and Shirley Carter (Linda Henry). While they were having their funeral for Jean’s wig, they began to get drunk, and the conversation became more about Daniel and how he passed away. This gave a hint to the future gift that Jean would soon find out that Daniel left for Jean.

EastEnders Spoilers – Jean Has Had A Rough Year

It may be that they are going to brighten things up for Jean in upcoming episodes as she has had a horrible year so far. She was fighting cancer and fell for Daniel, who she had met at the hospital

EastEnders Spoilers: Corrupt Cop Tampers With Evidence – Could Keegan Go Down For A Crime He Didn't Commit https://t.co/AOpdZDNjAp #EastEnders

The two had connected, but to spare her feelings, Daniel faked his death until he was caught by Juzi Kazemi (Davood Ghadami) found him in the hospital and revealed the truth of him being alive. Not only did she get into that drama, but she also recently got into some drama with Suki Panesar (Balvinder Sopal) who faked having cancer. This led her to have to face up against Suki and was able to call her out. So, what might be the thing that will leave behind to Jean from Daniel?

It would be interesting if he leaves her money or something that will be significant to Jean. What do you think will come from this storyline? Do you think that Daniel will leave something significant and/ or sentimental for Jean? If so, what do you think it might be? Watch EastEnders from Monday and Friday at 8 pm and Tuesday and Thursday at 7.30 pm on BBC One to find out what happens next.