General Hospital Spoilers: ‘Julexis’ Reunites? Does Julian Want Alexis Back – Neil Could Be in Trouble! 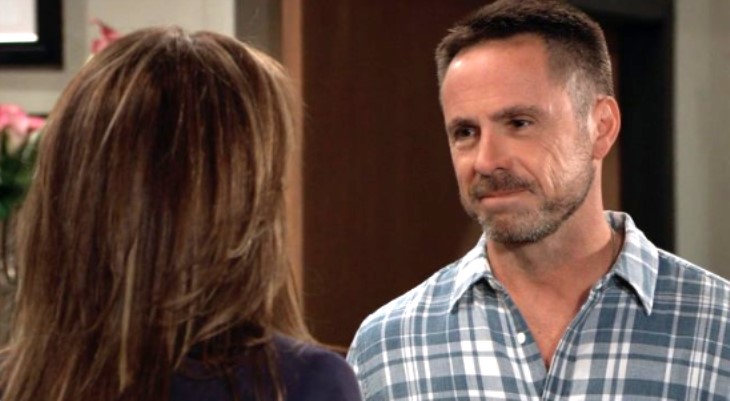 General Hospital spoilers reveal that the Curse of Alexis Davis (Nancy Lee Grahn) strikes again! If Julian Jerome (William deVry) decides to go after Natasha, what happens to Neil Byrne (Joe Flanigan)? Does he become a toast or roadkill? Is he a goner, slinking away from Port Chuck having lost both his license and his love?

Alexis is pure poison to men—chews them up and spits them out, leaving a trail of carnage along the way. The same can be said for her, she’s picked some winners in her day, lice who have left her a nervous wreck.

General Hospital Spoilers – Are Julian Jerome And Alexis Davis A Match Made In Hellish Heaven?

Julian ranks right up there on the disaster scale as far as Alexis’s love life goes. He’s been a 6.9 on the Richter scale, possibly the worst guy she’s ever let into her life. Which makes perfect sense why she would welcome him back after kicking him out.

Alexis just has a flawed guy gene that makes her return to the scene of the crime again and again. Now that Kim Nero (Tamara Braun) has loved and left the coffee man and his sexy fling with Britt Westbourne (Kelly Thiebaud), is over (is it though? Let’s wait another nine months on that one, folks!) Julian is all testosterone with nowhere to go.

GH Spoilers – What Happens To Neil Byrne When Julian Decides To Take Back His Woman?

Poor Neil Byrne. He’s just too nice for Natasha. Unless we see a really evil dark streak appear above his head, there’s no way Alexis will tolerate his good guy act. She’s got Cassadine blood running through those veins!

Neil and Alexis might seem to be a moot point, as they’re isolating themselves after he got to keep his medical license. But Alexis is a moth to his flame, and there’s still room to do some damage.

There’s no way she’ll keep her mitts off of him while she can inflict more pain and make him lose his license for good—unless someone else gets pricked by her poison fingers first.

General Hospital Spoilers – If Julian Makes A Play For Alexis, Neil Should Pack His Knives And Go

Julian still has the hots for Alexis, proven by his macho laying of hands-on Neil when he thought he tarnished Alexis’ honor.

Is Neil leaving GH? He is if Julian has anything to say about it!