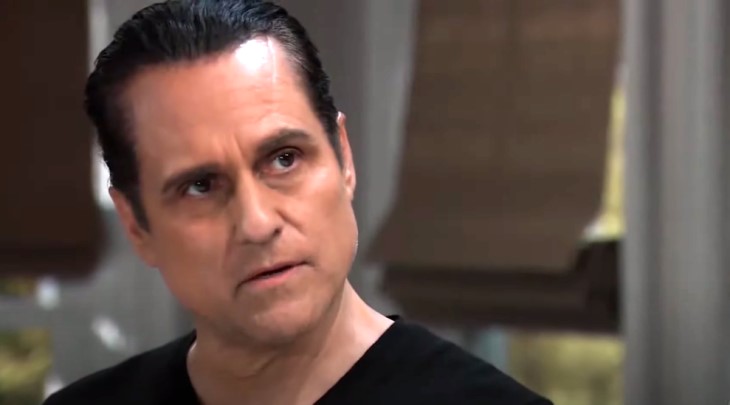 GH fans know that their favorite mob enforcer, Jason Morgan (Steve Burton) got a call from the drug kingpin, Cyrus Renault just after he visited former WSB spy, Anna Devane (Finola Hughes) at her home. Apparently, Cyrus needed Jason to deliver yet another message to Sonny Corinthos. Now, ever since Cyrus walked out of Pentonville Prison, he’s been playing nice.

GH viewers have watched him dress impeccably. They’ve seen Cyrus behave like a perfect gentleman. From saying “please” and “thank you” to offering to shake the hand of Port Charles Mayor, Laura Spencer (Genie Francis), Cyrus has kept himself squeaky clean.

Of course, GH fans may agree with Sonny’s assessment of the situation. Cyrus just got out of jail. It’s not likely that Cyrus will do anything to get himself immediately put back! With that in mind, Cyrus has set himself up in a hotel (not the Metro Court Hotel, obviously) and has surrounded himself with bodyguards and attorneys.

Now, by this point, every GH viewer has to know that Cyrus has already attempted twice to assassinate members of Sonny Corinthos’s family. The criminal genius did all that when he was first transferred to Pentonville. Of course, Cyrus’s attempt at murder was unsuccessful, but that may not matter to Sonny. The very fact that Cyrus ordered hits on Sonny’s family isn’t something Sonny is likely to forget or forgive.

With that said, Sonny knows that Cyrus is a powerful man. Cyrus has the backing of someone with a lot of resources. Sonny might believe that it’s wise to see if some kind of uneasy truce can be had. After all, while a truce holds, Sonny and Jason might be able to gather enough intelligence on Cyrus and his entire organization to take him out and remove his presence from Port Charles once and for all!

Of course, GH fans who know anything about the history of the mafia and criminal organizations like those of Sonny and Cyrus, they also know that negotiations often break down. When competing criminal organizations are looking to gain more power in any given region, when it comes to a top dog, well … there can be only one.

GH viewers can likely expect that there will indeed be a meeting between Sonny and Cyrus. However, if Sonny and Cyrus’s talks break down, GH viewers just may see a war break out between the two. It’s quite possible that if shooting doesn’t break out immediately, GH viewers may see both Cyrus and Sonny order hits on the other man’s men and material assets. Cyrus may also choose once again to target Sonny’s friends and family.

Then, what befalls all of Port Charles is anyone’s guess!