The Bold and the Beautiful Spoilers: Sally’s Feelings For Wyatt Have Changed, Now It’s About Winning 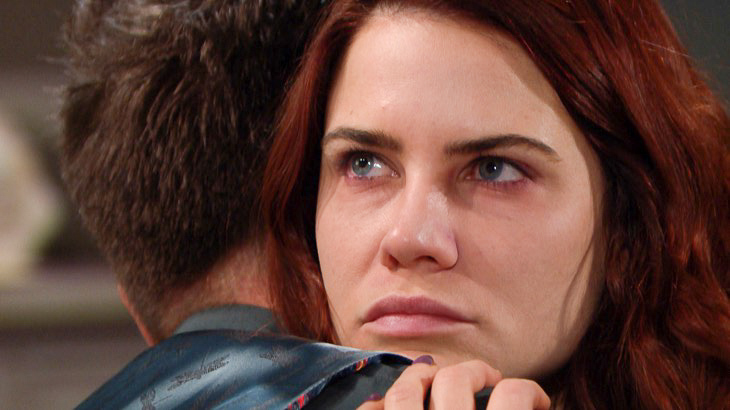 The Bold and the Beautiful spoilers reveal that Sally Spectra (Courtney Hope) masterminded the sickness scheme to get back Wyatt Spencer (Darin Brooks). However, her feelings are changing. The scheme is no longer about love, so why continue playing sick? The actress explained that Sally’s focus is winning the war against Flo Fulton (Katrina Bowden).

B&B spoilers reveal that when Sally got her heart broken twice by the same man, she decided enough was enough. Not only did she feel like a fool, but once again, she lost her man to Flo. When she masterminded the sickness scheme, her goal was to win back Wyatt. She was positive that he just needed to be reminded of how great they are together.

The Bold and The Beautiful Spoilers: Dr Escobar Keeps Stalling – Could Lose Her Medical License & Fail to Become a Designer?

Last week, we saw Sally blurt out her undying love to Wyatt. She begged him to come back to her. She swore that if they were back together, then she would get treatment, seek a second opinion, and anything else he wanted. Then, she went in for a kiss but ended up being rejected.

It seems that repeated rejection is having an effect on Sally’s heart. Her feelings for Wyatt are changing. The actress told Soap Opera Digest that there is still love there, but it’s not really about Wyatt anymore. Sally’s new goal is to get revenge on Flo by winning.

The Bold and the Beautiful spoilers reveal that Sally will do almost anything to accomplish her goal. She just cannot and will not lose to Flo again. However, when things take a dark turn due to Dr. Penny Escobar’s (Monica Ruiz) violent act, Sally wonders if she should give up the elaborate scheme. Penny has committed assault and there is a crime.

The Bold and the Beautiful Spoilers: Sally Gets A Clean Bill Of Health But Continues To Cover Up The Truth https://t.co/uFpnKWpNih pic.twitter.com/KysSdK11hr

The Bold and the Beautiful Spoilers: Winning at Any Cost

Despite having doubts about continuing her game, Sally decides that she has no choice but to continue. She won’t be able to handle it if Flo wins once again. She is sick and tired of the blonde always coming out on top, despite her past sins. Just for once, Sally wants to come out on top.

As for Sally’s next move, she needs to figure out how to do damage control. Flo is going to talk when she wakes up. How will she handle this latest complication?

The Bold And The Beautiful Spoilers: Will Sally Spectra Return To B&B? Y&R…

The Bold And The Beautiful’ Spoilers: Zoe Didn’t Have Two Options – Cater…

The Bold And The Beautiful Spoilers: Zoe Goes Back To Stalker Side As She Becomes…