General Hospital Spoilers: The Truth Behind What’s Really Going On Between Nikolas And Ava 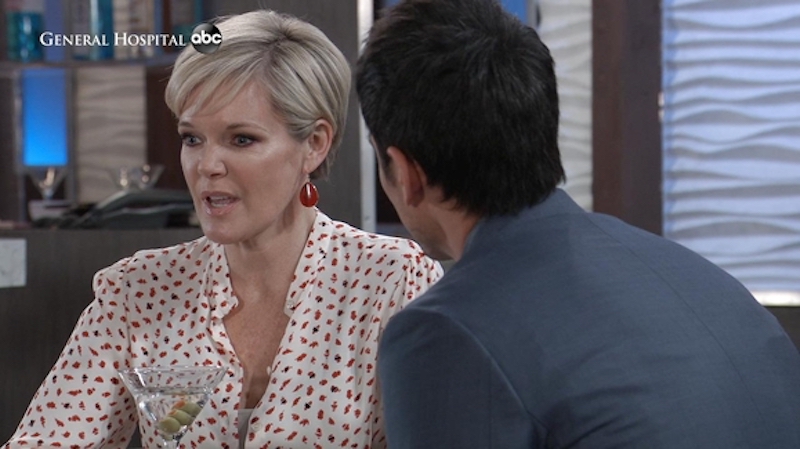 General Hospital spoilers indicate that up until now, it’s been pretty obvious that Nikolas Cassadine (Marcus Coloma) and Ava Jerome (Maura West) have been playing a deceitful game of emotional chess. And while it’s obvious to everyone that they are playing mind games with one another, fans want to know what’s really going on between these two supposed lovers. Here’s what you need to know.

General Hospital Spoilers: The Truth Behind What’s Really Going On Between Nikolas And Ava

If there’s one way that we can describe Ava and Nikolas’ relationship, it’s that it’s been very hot and cold for the longest time. Even though they’ve attempted to keep one another at arm’s length, there have also been moments when it’s been clear that they love each other very much. If only they would just let their guards down and finally realize it for themselves, right?

General Hospital spoilers indicate that things will continue to get more complicated between Nikolas and Ava, he will find himself jumping to Ava’s defense, and much to even Ava’s surprise, she will find herself sticking up for her husband later on.

General Hospital Spoilers: Nikolas & Ava Have Not – Are They Falling In Love? https://t.co/FGqq1nfIxj pic.twitter.com/8UbFg2ZB07

With that said, Ava and Nikolas could find themselves becoming great business partners, if only they would realize just what kind of great asset they are together rather than apart. Plus, fans would agree that they would love to see Ava and Nikolas make more love than war, right? But then again, even General Hospital viewers know that with one step in the wrong direction, there is potential for mass destruction between these two. But then again, their hot and cold relationship is what makes them so entertaining to watch, right? We have a feeling that things are going to get pretty dramatic between Ava and Nikolas before they get better. Hopefully though at the end of the day these two will put their conflicting emotions aside and be there for one another, as they should. Fingers crossed!

Of course, General Hospital viewers will have to tune in to find out what happens next. Check your local listings for times. In the meantime, don’t forget to come back for all the latest news and updates along with the latest spoilers on your favorite soaps and reality television shows right here.