Days Of Our Lives Spoilers: Brady Makes A Shocking Realization – Kristen Is The One Who Stabbed Victor! 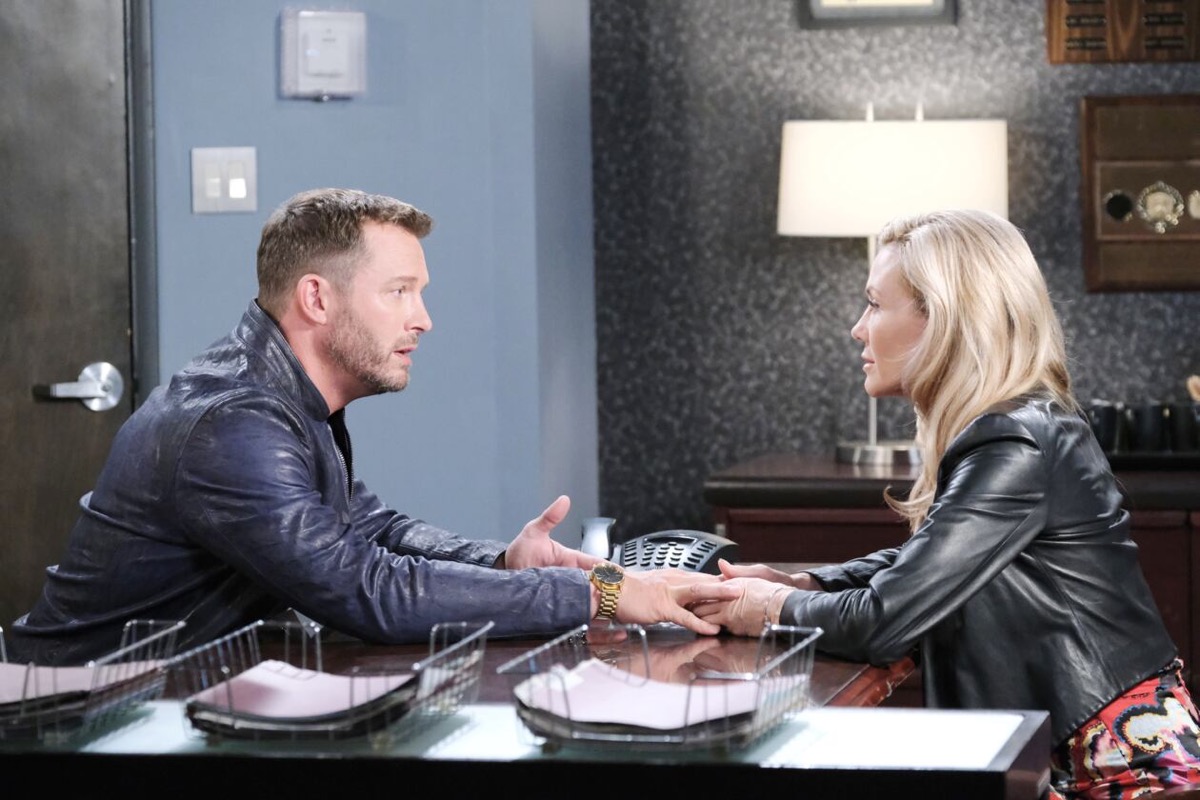 Days of Our Lives spoilers tease that Brady Black (Eric Martsolf) will make a shocking realization in an upcoming episode of Days of Our Lives – Kristen DiMera (Stacy Haiduk) is the one who stabbed his grandfather, Victor Kiriakis (John Aniston)!

Days of Our Lives Spoilers: Kristen DiMera Finds Out That Xander Kiriakis Did Not Act Alone

As Days of Our Lives viewers will recall, Xander Kiriakis (Paul Telfer) did not act alone in the swap of Kristen and Brady’s live baby girl, Rachel Isabella Black (Josephine and Rosalind May) with Eric Brady (Greg Vaughan) and Sarah Horton’s (Linsey Godfrey) dead baby, Mackenzie Horton. It was Victor Kiriakis (John Aniston) that pushed Xander to switch the two babies when he found out Sarah’s baby had died.

Days of Our Lives News: Lauren Koslow Is Staying Stylish During Coronavirus Quarantine

The two of them then blackmailed Dr. Amanda Raynor (Victoria Platt) to keep the secret and to leave Salem, and then Xander found out she didn’t when “Mackenzie” came into the hospital for her bone marrow transplant. He then leaned hard on her and paid her some more money to leave, and finally when she knew “Mackenzie” was out of the woods, and under pressure by Nicole Walker (Arianne Zucker) to come clean, she moved to New York, where Nicole tracked her to with the help of Abe Reynolds (James Carver) and Nicole finally got the truth out of her, Dr. Raynor obviously feeling a little safer away from Salem.

Kristen literally lost her mind when she was told that her baby girl died after she and Brady had just meant and held her, and in a wild rage, she ran out of her hospital room, accidentally pushed Nurse Haley Chen (Thia Megia) down of flight of stairs, leading to her death, and a devastated JJ Deveraux’s (Casey Moss) descent back into drugs and revenge, culminating at a convent in Italy, where both Kristen and an equally devastated Lani Price (Sal Stowers) had sought refuge, and for a year, to become nuns. They then returned to the United States and Salem together. And now, in short succession, Kristen has found out her baby lived, but that she’s disappeared, along with Sarah, and that Xander and Victor were in it together – Xander has gone looking for Sarah, and Victor is in his favorite chair in the Kiriakis Mansion!

Kristen doesn’t know that Xander has already left to go look for Sarah, but comes into the living room and finds Victor in his favorite chair. Brady, Nicole and Eric are elsewhere, still waiting on word on Sarah and the baby when Brady realizes Kristen’s “errand” is taking a longer time than he thought it would, but stays with the others because he doesn’t want to miss out on any news on Sarah and Rachel. Kristen doesn’t find Xander – but finds out he is out looking for Sarah and Rachel.

She is by now in a blind rage fueled by revenge for all the grief she went through unnecessarily, and has murder in her eyes as she coldly approaches Victor – who for all intents and purposes, is a sitting duck! He can no longer move fast and has to walk with a cane most of the time, and Kristen’s voice is pure evil as she snarls, “You stole my child!” and then plunges a sharp knife into Victor’s torso where it will do the most damage!

Brady soon gets a call from the mansion, advising him that his grandfather has been stabbed and is unconscious, and that the ambulance is on its way; it is then that Brady realizes that this must be the “errand’ Kristen mentioned, and that she is the one who stabbed Victor!