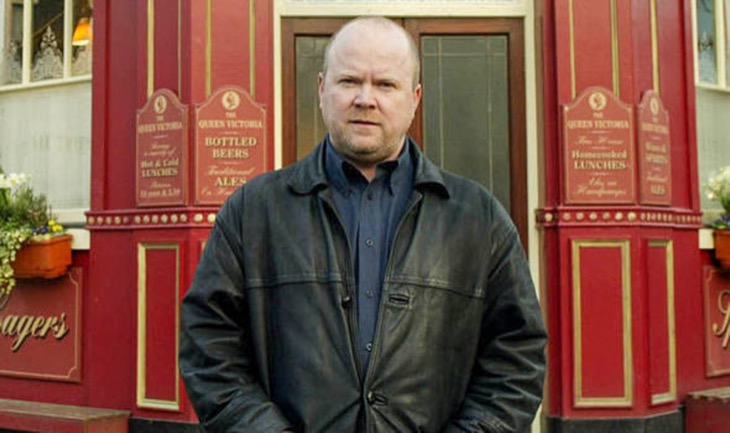 EastEnders spoilers hint that Phil Mitchell (Steve McFadeen) may want to raise Kayden with Sharon Mitchell (Leticia Dean). Phil has come back to Walford and has reunited with Sharon. This could lead to him buying the Queen Vic for Sharon and may lead to him trying to convince Sharon to raise her son, Kayden, instead of having him be taken out of Walford and raised by Karen Taylor (Lorraine Stanley). Could he get Sharon to see things in a new way?

When Phil finds out about the whereabouts of Sharon’s son, he may decide to go pay a visit to Karen. This could lead to him learning more about Kayden being at Sharon’s place. He knows that Sharon trusts Karen to take care of Kayden; however, he may not know about Ian Albert Beale (Adam Woodyatt) approaching Karen. This may mean that he will find out about what Ian told Karen to do in order to keep Kayden. This could upset Phil, who will wonder why Ian would give Sharon such an ultimatum as Sharon gave Karen custody in order to have someone, she trusts raise him. Threatening to put him into care would defeat the purpose. This may push Phil into trying to convince Sharon to raise the child with him.

EastEnders Spoilers: Ash And Iqra Make Up – Will Ash Change For The Better? https://t.co/PCR6xx2aaa #EastEnders

Phil’s relationship with Sharon has grown ever since he came back to Walford, and the two of them found comfort in each other’s arms. This has proven to be effective in helping the two heal from the death of their son. So, if anyone would be able to convince Sharon to raise her son, it would be Phil especially if he promises her that he will be by her side as they raise Kayden together in a happy family. However, it would be interesting to see if she will be on board to raising Kayden with her.

Viewers may see Phil and Sharon raising Kayden together if Phil is able to convince Sharon to do so. What do you think? Will Phil want to raise Kayden, and if so, will he be able to convince Sharon? Watch EastEnders from Monday and Friday at 8 pm and Tuesday and Thursday at 7.30 pm on BBC One to find out what happens next.