General Hospital Spoilers: Something’s Wrong With Willow, Chase Tries To Find Out What Is Going On 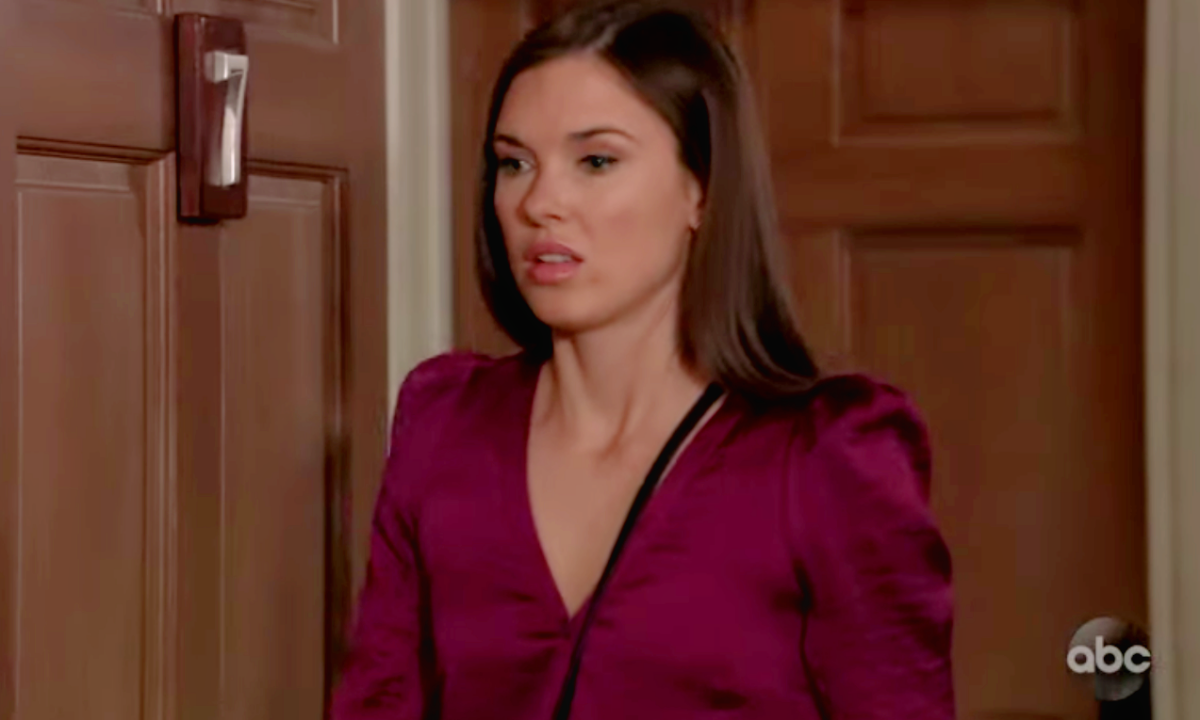 General Hospital spoilers indicate that Willow Tate (Katelynn MacMullen) won’t be able to hide the truth for very long. That, and there will also be plenty more revelations beginning the week of Monday, April 20th in Port Charles. Here’s what you need to know!

As many fans already know, Michael Corinthos (Chad Duell) was in Wiley’s life for many long months as his loving uncle. But because he lost so much time with the boy before discovering that he was the tot’s biological father, it shouldn’t surprise anyone that he’s trying to make up for lost time now.

That, and that he is reluctant to leave his son’s side. Seeing how he is so attached to the young boy, does this mean that Michael is going to grow even more paranoid about Wiley and his safety? Possibly so. Thankfully, he’s got plenty of people on his side that are helping him come up with ways to keep Wiley safe, including Willow, Sasha Gilmore (Sofia Mattson) and Harrison Chase (Josh Swickard).

General Hospital spoilers tease that while all four are working towards a common goal, they can’t help but realize that Willow seems to be shifting in an opposite direction. That might be because she still feels so close to the child and is devastated herself that she is not Wiley’s biological mother. Either way, Willow will have a reason to feel devastated, come the Wednesday, April 22nd episode. Needless to say, Chase will try to reach out to her.

General Hospital Spoilers: Michael Is Doing Whatever He Can To Keep Wiley Safe

If that weren’t enough, there’s still Nelle Benson (Chloe Lanier), keeping a close eye on everyone and doing whatever she can to get her hands on Wiley. She might be down right now, but she’s certainly not out of the game just yet. Can Michael keep Nelle away from Wiley? Maybe, but not for very long.

Of course, General Hospital viewers will have to tune in to find out what happens next. The soap airs on the NBC network. Check your local listings for times. In the meantime, don’t forget to come back for all the latest news and updates along with the latest spoilers on your favorite soaps and reality television shows right here.