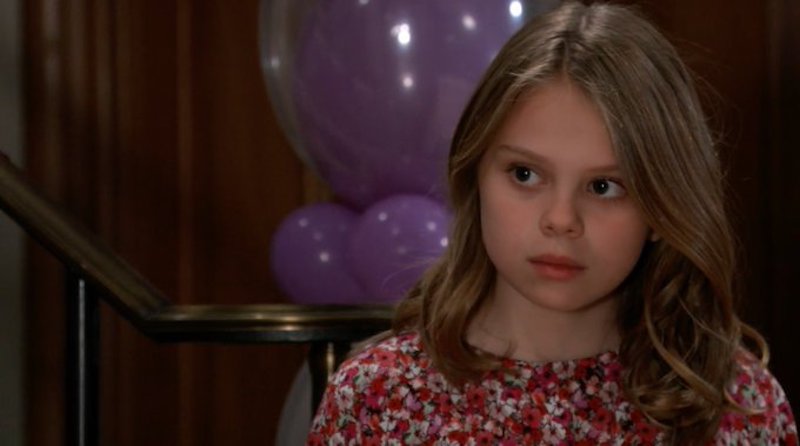 General Hospital spoilers indicate that Valentin Cassadine (James Patrick Stuart) sure has his hands full with little Charlotte (Scarlett Fernandez). As a matter of fact, he’s come to the realization that he’s not only raising hell, but a second Helena with the little girl, and that says a lot! Here’s what you need to know.

It’s a lot to take in knowing that your precious little daughter as the same blood flowing as one of the biggest villains that Port Charles has ever seen. When it comes to Charlotte, we’ve learned that the apple certainly hasn’t fallen far from the tree and that the little girl is slowly but surely becoming just like Helena Cassadine, and in the worst way possible, too.

Speaking to Soaps in Depth in a new interview, actor James Patrick Stuart, who plays Valentin Cassadine on the hit ABC soap, has this to offer, “Learning that Helena is in Charlotte genetically changes everything. I really do love playing the idea that Valentin has a new relationship with his daughter.”

General Hospital Spoilers: Nikolas & Ava Have Not – Are They Falling In Love? https://t.co/FGqq1nfIxj pic.twitter.com/8UbFg2ZB07

With that said, it seems as though Charlotte will be doing her part in making sure that she takes down her father’s haters one person at a time. There’s a very good chance that she was the one who drew a moustache on Franco’s sketch, made Jax slip and fall, and cut up Sasha’s Crimson cover. Seeing how it was Charlotte who came up with a wicked scheme after finding out that Ava was going to be at Violet’s birthday party, we have a feeling that there is so much more to come. In other words, little Charlotte is only getting started.

General Hospital Spoilers: Charlotte’s Nothing But A Ticking Time Bomb

Needless to say, General Hospital fans will have to tune in to find out what will happen next. But if there’s one thing that we already know, it’s that there’s always trouble just around the curve, right?