The Bold and The Beautiful Spoilers: Darin Brooks Wife, Kelly Kruger Has an Obsession & Is A Total Stalker 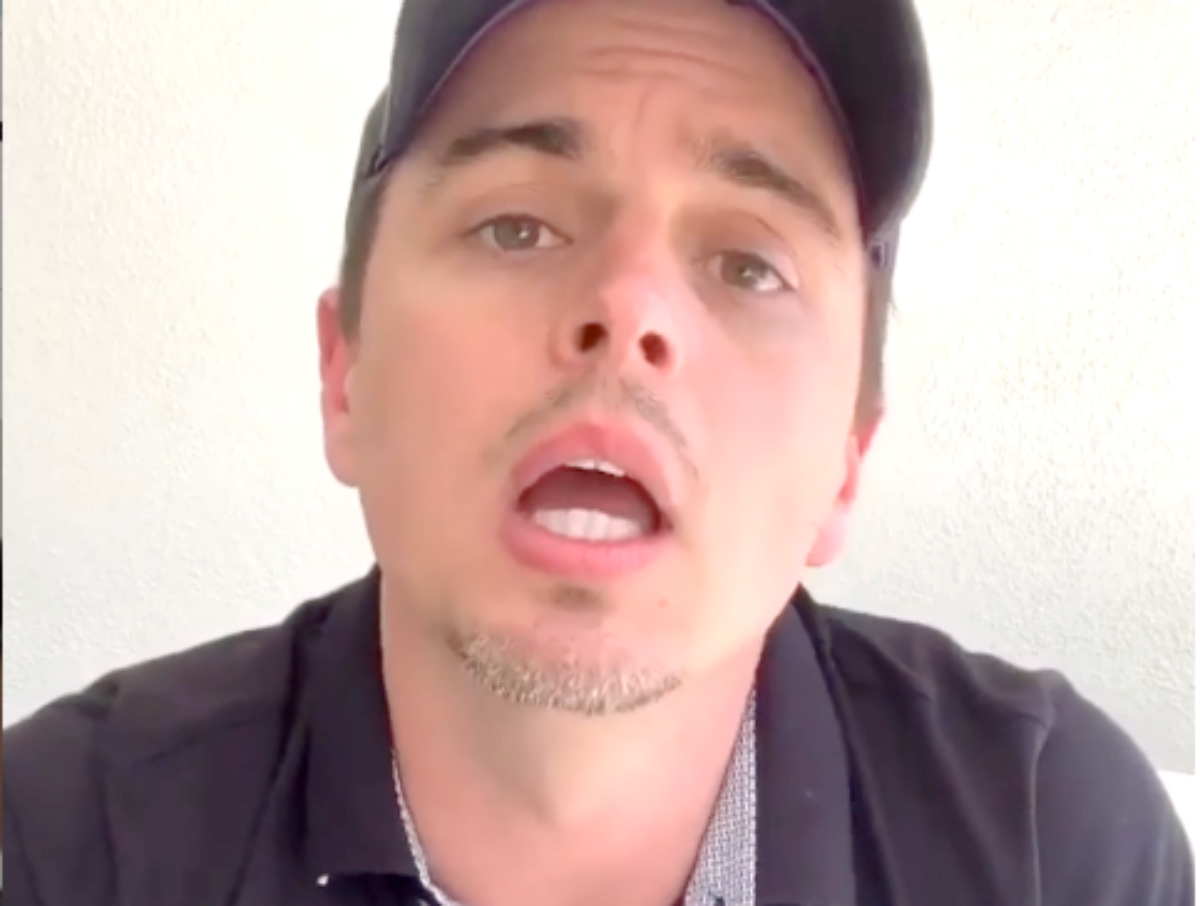 Is The Bold and the Beautiful star Darin Brooks (Wyatt Spencer) married to a stalker? His lovely and talented wife, actress Kelly Kruger, has been sharing cute Instagram videos with fans and her latest installment is a hoot.

In the video Kelly tells a hilarious story about practically stalking Jennifer Love Hewitt, and she has the proof of her obsession!

Kelly has been posting a mini series of a sort, which she calls Kelly’s Confessions. In episode 3 she tells about, “That time @jenniferlovehewitt definitely thought I was stalking her when really I just thought we were meant to be BFFs 🤣🤣 Tune in next week for @theedarinbrooks and my $5 lessons…. Let’s see what @katrinakbowden confession is this week… #confessions #Storytime #jenniferlovehewitt #tbt #KellyxKatrina.”

According to Kelly, she is a huge Audrey Hepburn and Jennifer Love Hewitt fan and when these two passions collided in Montreal she just couldn’t help going all fan girl on Hewitt.

The occasion was the shooting of the Audrey Hepburn movie in which Hewitt starred. After school Kelly discovered the site of the location shoot and hung out until she got an autograph from her idol.
You’ll have to watch the video to see the adorable signature that Kelly holds up to prove her story is true!

Fans loved Kelly’s confession with one posting, “Awwww your stories and you are so cute!! She probably thought you were adorable I can’t imagine you would have been anything else but as you are super adorable now!!🌸💕.”

For her part Kelly’s co-star Katrina Bowden (Flo Fulton) chimed in writing, “Oh my god lol she def thought you were a stalker!!!.” She later added, “Also- do you remember she had a VERY short lived music career? My highschool won some radio station challenge for z100 one year – she and Christina Milian came to our school and performed 🤣🤣🤣.”

The Bold and the Beautiful spoilers – What’s next for Wyatt Spencer on B&B?

Kelly’s real life husband Darin Brooks probably wishes his B&B character were married to someone as nice and funny as Kelly on the show.

Poor Wyatt is stuck between two women, one who is lying about dying and definitely stalking him, and the other who is desperately trying to find out the truth while she’s on the sidelines!