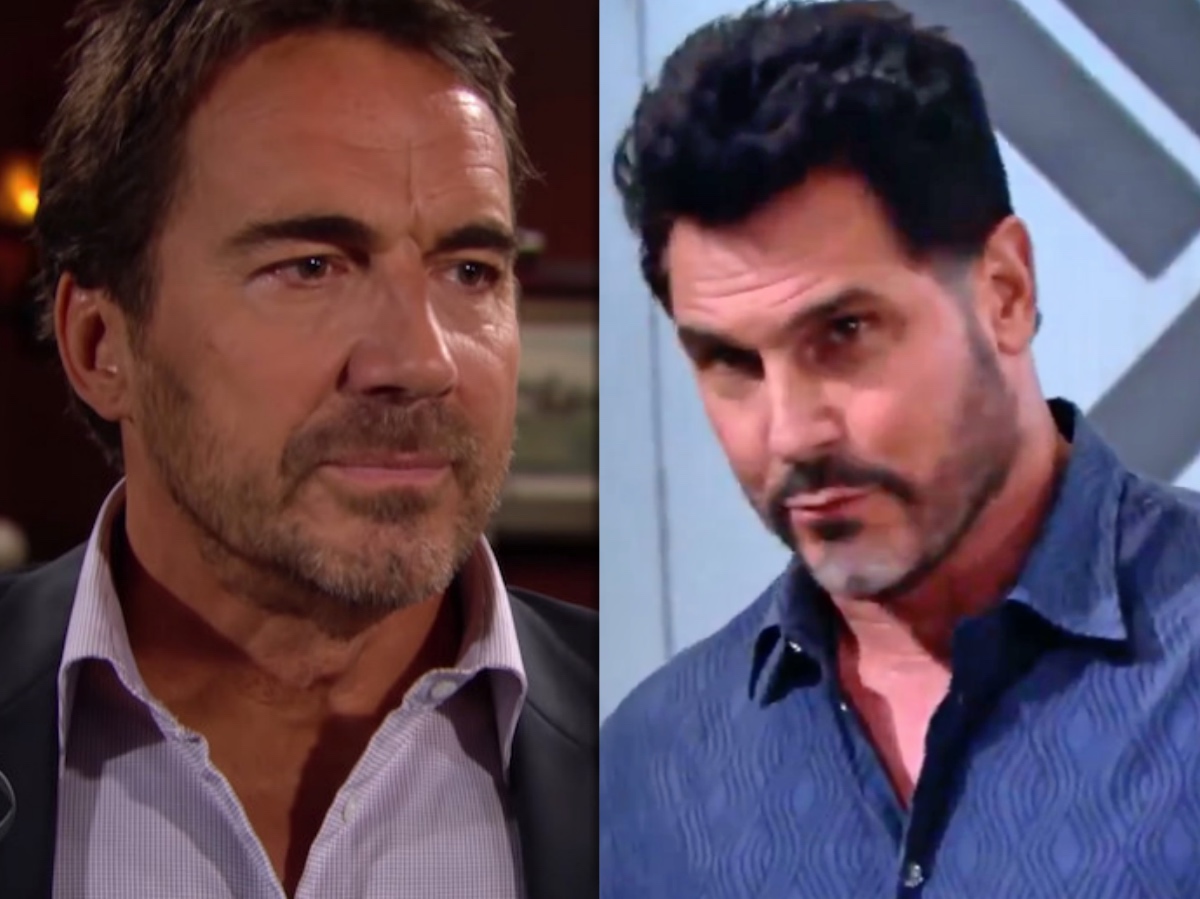 The Bold and the Beautiful spoilers document that Ridge Forrester (Thorsten Kaye) and Bill Spencer’s (Don Diamont) grudge runs deep, as viewers were reminded, or informed of through the presentation of a classic episode of B&B.

With Brooke Logan (Katherine Kelly Lang) and Bill set to be married on a beach on Abu Dhabi, Ridge injected himself into the beautiful scene. Kaye’s character pulled out his smartphone and showed Brooke a photo that Quinn Fuller (Rena Sofer) took. She appeared in it with Bill, who was in a compromising position.

Seeing the infamous episode provides useful context to what’s recently happened in this fictional version of Los Angeles, California. In seeing that Quinn used digital means to interfere in Brooke’s life years ago, fans are either reminded of what they already knew about Sofer’s character, or in the case of newer viewers, now know that her recent upload of the Brill kiss to the digital frame is a furthering of technology tricks.

Ridge despises Bill. Pairing what Ridge did to stop Brooke’s intended wedding in Abu Dhabi and Bill’s subsequent fall from the helicopter into the ocean, enables a deeper understanding of the current Bridge break.

Kaye’s character risked his life to try and make Brooke see just how wrong Bill was for her. Now, years later, she impulsed into a kiss with Bill at the cabin!

Who wouldn’t be distraught in seeing Brooke on the video Quinn purposely uploaded? Ridge’s resulting action, in taking off to Las Vegas, Nevada, with Shauna Fulton (Denise Richards), makes even greater sense in light of the retrospective scene that was shown.

Bold And The Beautiful Spoilers – Yesterday Really Was Great

Sometimes the past is romanticized. But the epic episode B&B aired included magnificently beautiful outdoor location shots and a truly memorable series of scenes that are just as impressive as when they first aired in 2014. It’s also useful to apply backstories to 2020’s storylines.

Hardcore viewers relived terrific memories via this repeat episode, with newer viewers gaining an appreciation of the characters and the actors who they are getting to know.