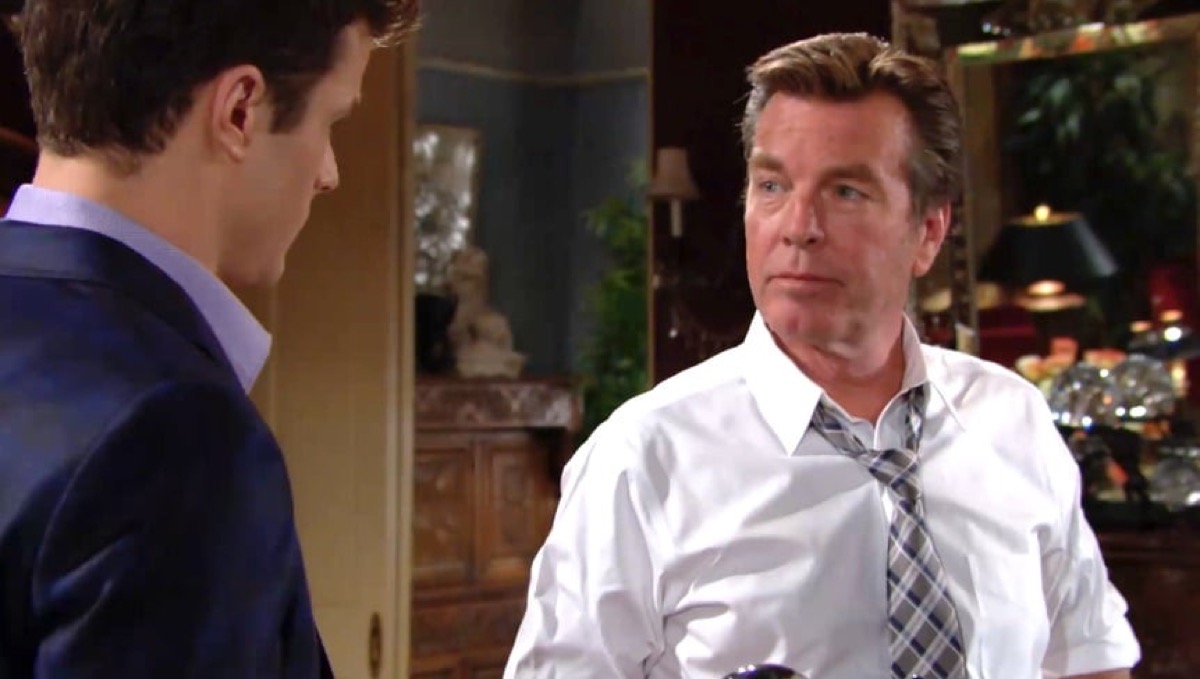 Viewers of The Young and The Restless will recall that Jack called Kyle and Theo into a meeting last week in the offices of Jabot, telling them that Jabot was going back to its roots and separating from Ashley Abbott’s (Eileen Davidson) company. As a result, Jabot would be in need of a rebranding campaign, and whoever turned in the best one would lead Jabot.

However, Kyle and Summer Newman (Hunter King) set up a trap for Theo – and put on Summer’s laptop a campaign pitch that would be very convenient for Theo to steal, since they doubted he would or could come up with one on his own. It was an old campaign of Jack himself and edited so it would appear that Theo stole it and just tweaked it a little bit thinking he was going to get one over on his uncle Jack. It was a campaign idea from about fifteen years ago, and they figured if Theo stole it then he would think that Jack wouldn’t remember it, although they had deleted his name from it.

They wanted it to look like Theo had deliberately stolen this old campaign of Jack’s thinking it was something that Kyle and Summer had worked on, and will even set it up at the meeting inviting Theo to submit his idea first, before Kyle, who has his own idea to pitch! Theo presents his idea thinking his uncle will be proud of him, and is a little bit smug, and waits for Jack to praise him. But Jack instead is peeved, and tells him that he way underestimated him, thinking he wouldn’t remember his own campaign, even if it was from fifteen years ago! An embarrassed Theo realizes he was set up and promises it will never happen again, and a smug Kyle interrupts telling him he knows he won’t because he’s fired!

Young and The Restless Spoilers: But Has Kyle Abbott Won By Default?

But has Kyle really won by default? Jack is quite aware of the bad blood and the cutthroat competition between the two of them, that’s one reason he has stepped back in to control the two of them. They had been arguing at the house and upset Dina Mergeron (Marla Adams) and Jack had heard enough before stepping in from the other room to know that Kyle had been the one who started it!

Kyle told Theo he was fired because he assumed he had won, but that may not be the case. Jack knows his son better than he thinks he does and knows that he may have set Theo up to fail. He is in a difficult position if he has to choose between the two of them, but he could just fire them both and either step back into the CEO position himself, or put the position up for grabs to applicants in the other parts of the company.

Jack is still the owner, and he can do anything that he wants to, but it will be a difficult decision if he has to fire his son or his nephew; but he can’t stand being torn between the two and he can’t stand the family being so divided when he already has enough sorrow from Dina’s deterioration.