Days Of Our Lives Spoilers: Chad And Abigail Find Themselves On Opposite Sides Of The Kristen & Sarah Situation 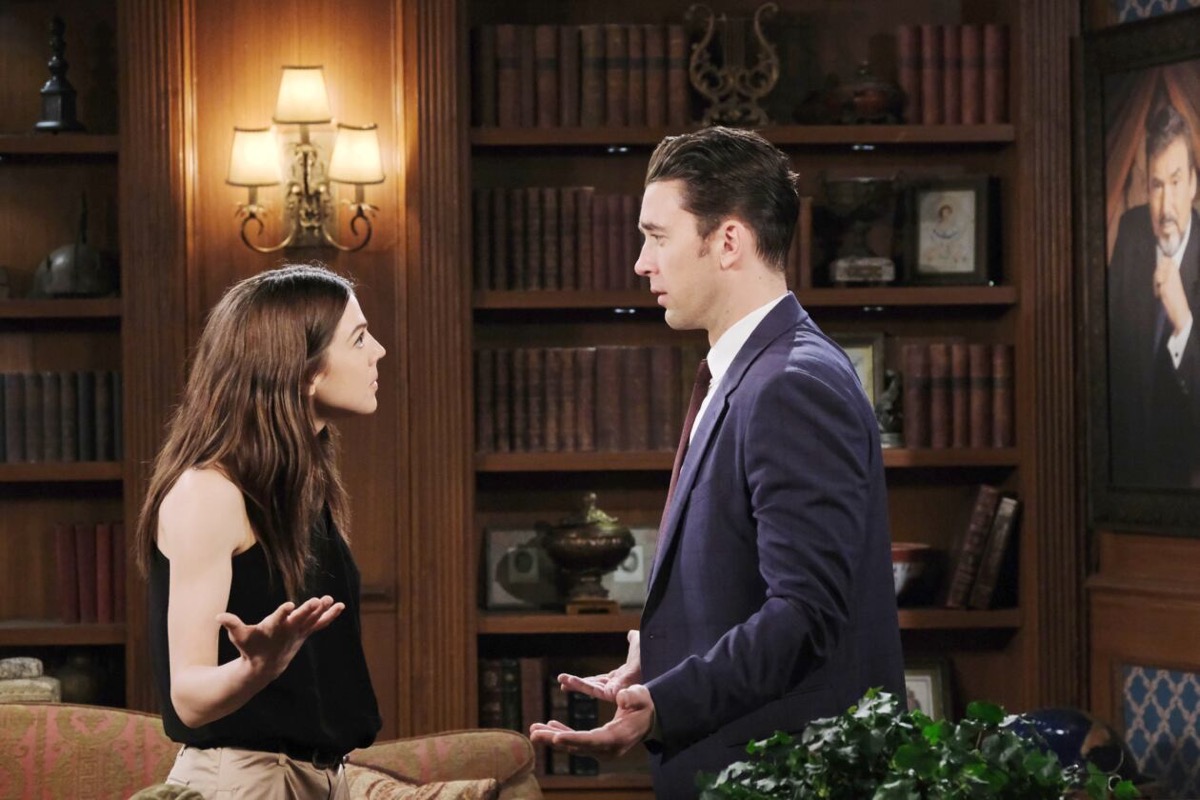 Days of Our Lives spoilers tease that Chad and Abigail DiMera (Billy Flynn, Kate Mansi) will find themselves on opposite sides of the Kristen DiMera (Stacy Haiduk) and Sarah Horton (Linsey Godfrey) situation in an upcoming episode of Days of Our Lives!

Days of Our Lives Spoilers: The Situation Is Who Should Have The Baby!

The situation they are on the opposite sides of, of course, is who should have the baby – Rachel Isabella Black (Josephine and Rosalind May) – even though she is biologically Kristen’s. Abigail will look at Kristen’s history and her desperate acts and crimes and she will more than likely be the one who thinks Rachel would be better off with Sarah!

Days Of Our Lives Spoilers: Brady Makes A Shocking Realization – Kristen Is The One Who Stabbed Victor!

True, Sarah was a little desperate herself when she ran off with Rachel, but sometimes a girl’s gotta do what she’s gotta do – Abigail pretended to still be suffering from dissociative identity disorder to get baby Charlotte DiMera (Olivia and Oakley Rondou) away from Stefan DiMera (Brandon Barash) and even wore a black wig, pretending to be her alter, “Gabby” who Stefan had fallen in love with! Chad, however, might side in with Kristen, partly out of family loyalty and partly out of seeing a change in her.

After all, she did see to it that Jack Deveraux (Matthew Ashford), Abigail’s father, made it out alive from that warehouse in Nashville that exploded with him and Nicole Walker, (Arianne Zucker) among others in it! Tony DiMera (Thaao Penghlis) was also saved by Kristen. She can’t be as evil as all that if she saved peoples’ lives, right? There’s a good chance that Sarah and Rachel are living in Chad and Abby’s old Paris apartment too, and Abby might even be helping her without Chad’s knowledge! Sarah will encounter a woman, Jeanne Marie (Christine Kellogg-Darrin) while in Paris, and she may be someone Abby was acquainted with while she and Chad lived there. Austin Reed (Austin Peck) may still be in Paris as well, another former Salemite.

Days Of Our Lives Spoilers: Marlena In A Rage, Tears Into Orpheus https://t.co/jRdXr8GofB pic.twitter.com/5F3qA5wUFe

DOOL Spoilers: Will Chad And Abigail DiMera Argue Over Who Should Have The Baby?

Will Chad and Abby get into an argument over who should have the baby? Possibly; Kristen went through months of devastation and pain so destructive that she literally lost her mind and didn’t know what she was doing as she ran from the hospital and accidentally killed Nurse Haley Chen, (Thia Megia) pushing her down a flight of stairs!

Then she fled to a convent in Italy to try and find wholeness, forgiveness and peace, and found Lani Price (Sal Stowers) there as well; and the two became close friends. They haven’t had a lot of contact recently since the whole “Steveano DiMera” (Stephen Nichols) happened, but that’s because Lani is back with Eli Grant (Lamon Archey) and they have been busy with other things.

But Kristen does still have that terrible rage that comes out at times, notably against Victor Kiriakis (John Aniston) when she finds out that he was involved in the baby swap of Sarah’s dead baby for her live one! Abby will contend that no child would ever be safe with Kristen, not even her own, and Chad will contend that Sarah has no right to run off with a baby who is not really hers, no matter how much she loves her and is attached to her!