Days of Our Lives Spoilers: Sparks Fly Between Steve & Hope – A Perfect Combination? 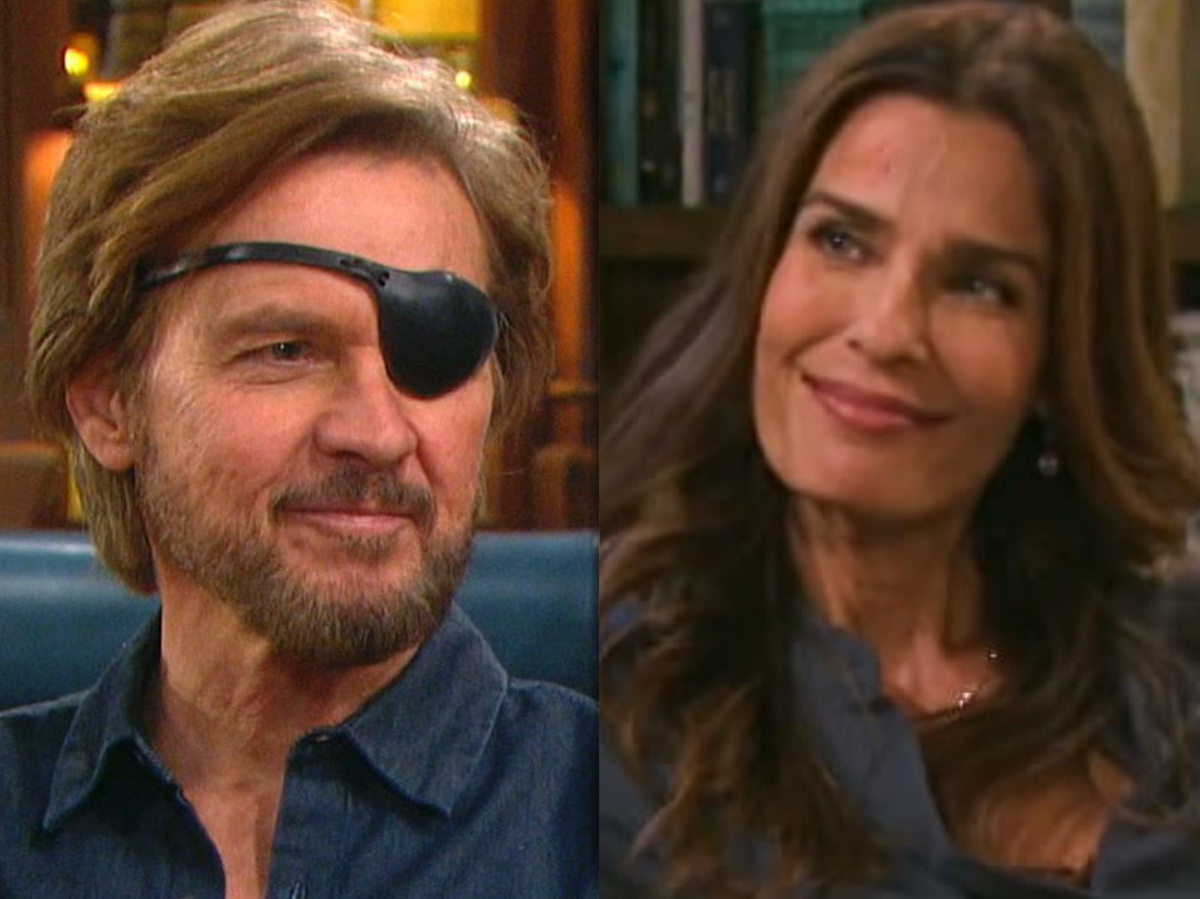 Days of Our Lives spoilers tease that Steve “Patch “ Johnson (Stephen Nichols) and Hope Brady (Kristian Alfonso) will bond over similar experiences in an upcoming episode of Days of Our Lives; but having chips removed from their brains isn’t all they have in common – could Patch and Hope be a perfect combination?

Kayla Brady Makes Her Decision To Stay With Justin Kiriakis

Patch will decide to make his peace with his sweetness moving on with Justin Kiriakis (Wally Kurth) and he will actually give his blessing to it, although Kayla will take it as his making her decision for her, which she will be very upset about. Be that as it may, Kayla has moved on with Justin, and Steve will find a friend in Hope. Steve is lonely, Hope is lonely, and if Justin and Kayla helped each other in times of grief and fell in love with each other, who is to say that Steve and Hope won’t as well?

Days Of Our Lives Spoilers: Chad And Abigail Find Themselves On Opposite Sides Of The Kristen & Sarah Situation

Their grief is a little different though – their grief is mixed with a lot of guilt and blame of themselves for things they know in their minds that they are not responsible for, but in their hearts, it is much different. Both did things under the influences of their artificial personas controlled by microchips in their brains, but neither would have ever done these things themselves and as they find out what they did, they both feel guilty and want to make amends to those that they hurt!

This shows that Hope and Steve are a lot alike inside, where it counts, and have similar hearts and consciences as well as sharing similar morals. This is very important in getting along with someone even as a good friend, let alone as a possible romantic interest or a mate!

Longtime viewers of Days of Our Lives will recall that Steve and Hope have much more in common with each other than similar morals and control chips removed from their brains! They have both been involved in police work, and Steve an ISA agent as well as a private investigator – the Patch half of Black Patch, the other half being John Black (Drake Hogestyn) of course.

Steve once rescued Hope from the DiMera mansion where Stefano DiMera (then played by Joe Mascolo) by convincing him that he and Hope were having an affair – one would think that it would take a lot more than that to convince Stefano to let him leave with her, but he had his reasons! They were never more than acquaintances in the past, although he knew Bo Brady (Peter Reckell) and was impressed with him and his famous exploits as a cop, after he eventually got over his anger over Bo knifing out his eye!

They had been in the Merchant Marines together and were best friends until they both fell for the same woman, Britta Englund (Amy Stock-Poynton) who was the cause of the fight where Steve lost his eye! Britta was actually a Soviet double agent and a KGB spy. But that was many years ago and forgiven, although not forgotten, by the time that Bo died. Will Patch and Hope ever become a super couple like Bo and Hope did? Time will tell!