EastEnders Spoilers: Bobby Collapse At Party – Could This Have Major Consequences 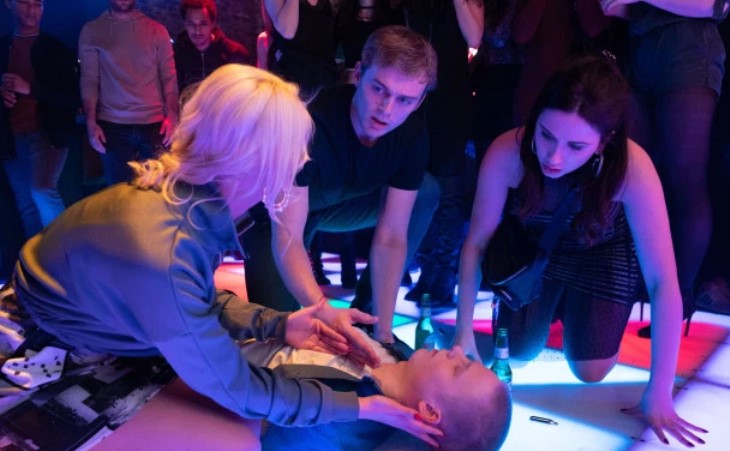 EastEnders Spoilers tease that Bobby Beale (Clay Milner Russell) may be headed for disaster in upcoming episodes as he collapses at a party. There has been a lot of trouble for Bobby ever since he came back to Walford, and things may go from bad to worse in upcoming episodes. In the past episodes, as he was changing his life, he was accused of being radical and was thrown out by his father, Ian Beale (Adam Woodyatt). When it was proven that he was not being radical, he was targeted after becoming a Muslim. However, things are going to get worse at a party.

Ever since Bobby came back to Walford from prison last year, Bobby has tried to find ways to become a reliable person and change his ways for the better. However, adjusting back to his life on Albert Street, but this has been difficult for him, especially as his past haunts him. One of his many problems has been that his father did not accept him when he came back and treated him badly even though he tried to change his ways; his father refused to acknowledge it. However, recently, he has been making progress in moving forward. However, could things go wrong?

Bobby has moved forward with his life with him, even developing a crush on Dotty. It is not clear if she may have feelings for him or his brother, Peter. A relationship between the two would be interesting to see, but things may prove to be difficult for the two as Dotty and Ian do not get along.

It is not clear if he will be okay or if something severe might happen to him because of this incident. What do you think? Do you think this will lead to major consequences? Watch EastEnders from Monday and Friday at 8 pm and Tuesday and Thursday at 7.30 pm on BBC One to find out what happens next.