General Hospital Spoilers: Charlotte Out of Control – Laura Accuses Lulu Of Causing The Problem With Her Attitude Of Valentin 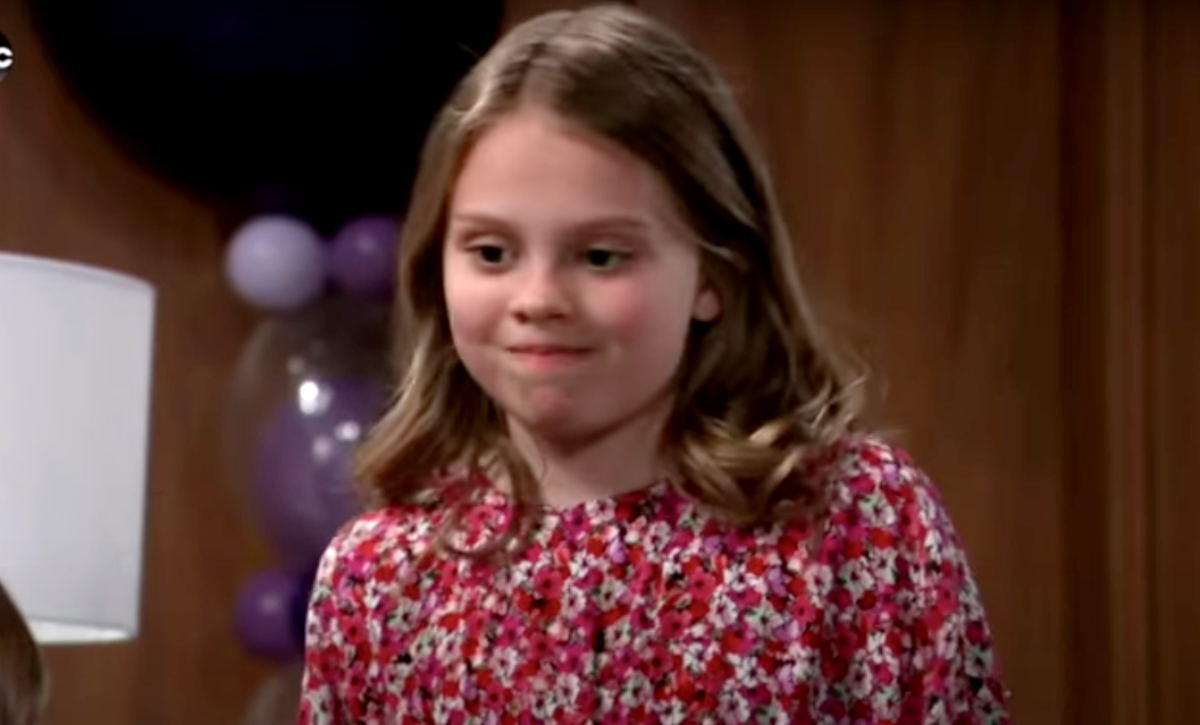 General Hospital spoilers tease that Laura Collins (Genie Francis) will try to reason with her daughter Lulu Spencer (Emme Rylan) about her granddaughter Charlotte Cassadine (Scarlett Fernandez) in an upcoming episode of GH!

GH Spoilers: Charlotte Cassadine Has Been Majorly Acting Out

General Hospital viewers will recall that Charlotte has been majorly acting out, and Lulu doesn’t seem to even notice. Valentin Cassadine (James Patrick Stuart) had asked Laura to talk to Lulu about keeping their custody arrangement the way it is, with split custody instead of the sole custody that Lulu has been demanding, seemingly out of self-righteous spite!

Laura has seen some things that lead her to think that it’s not all normal mischief that a ten-year old girl gets into, remembering her jumping into the river waiting for her secret bodyguard to save her, although that was explained after her son Nikolas Cassadine (Marcus Coloma) revealed himself as alive, and it was learned that he himself had told her that! Then there have been all the things that Nina Reeves (Cynthia Watros) has conveyed that she has noticed, concerned that Charlotte was not acting quite herself.

She figured out that Charlotte had cut up the mock-up of the Crimson cover with Sasha Gilmore (Sofia Mattsson) on it and she wasn’t quite sure why, and then there have been a couple of other bizarre incidents when in her care. More recently Charlotte hadn’t wanted to go to Violet Barnes’ (Jophielle Love) birthday party, but Lulu took it as stubbornness and rebellion, which she was determined to quash.

However, Lulu doesn’t seem to keep as good of an eye on her children as maybe she should – no nanny or relative appeared to be caring for Charlotte and her brother Rocco Falconeri (O’Neill Monahan) – who wasn’t at the birthday party either – when Lulu called her to ask if she was ready for her to pick her up after spending time with her horse, Butterscotch. Lulu is irritated that Valentin would let Charlotte have a horse or a credit card or anything she wouldn’t but then she doesn’t have the money that Valentin still has even after forfeiting the Cassadine inheritance back to Nikolas!

General Hospital Spoilers: Lulu Spencer Will Not Take It Well When Her Mother Tries To Reason With Her

Laura will tell Lulu that Charlotte may be reacting to the vitriol displayed by Lulu against Valentin, who Charlotte adores as her “papa” just as Rocco seems to be reacting to losing his father, Dante Falconeri (Dominic Zamprogna) for all intents and purposes. She will tell Lulu that Valentin wants the same things for Charlotte that they do, love, security, and her needs provided for, even if Valentin does provide a lot more of Charlotte’s wants too, than Lulu thinks she should have.

He adores his little girl and wants her to have the best things that money can buy and all the desires of her heart. Lulu maintains that makes Charlotte a spoiled brat and that the other children will think she is weird because she has more than most of them do.

Laura asks did she think that Spencer Cassadine (Nicolas J. Bechtel) was treated that way when Nikolas was still in Port Charles before and they lived together, with the weird grandma Helena Cassadine (Constance Towers) living in Wyndemere as well, and did she try to get Spencer’s custody away from her brother? Of course not – although Spencer did have an attitude, thinking he was better than the “townies” because he was a prince! At least Charlotte is not doing that!