General Hospital Spoilers: Chase Gives Up On Willow – Should He Move On With Brook Lynn Or Sasha? 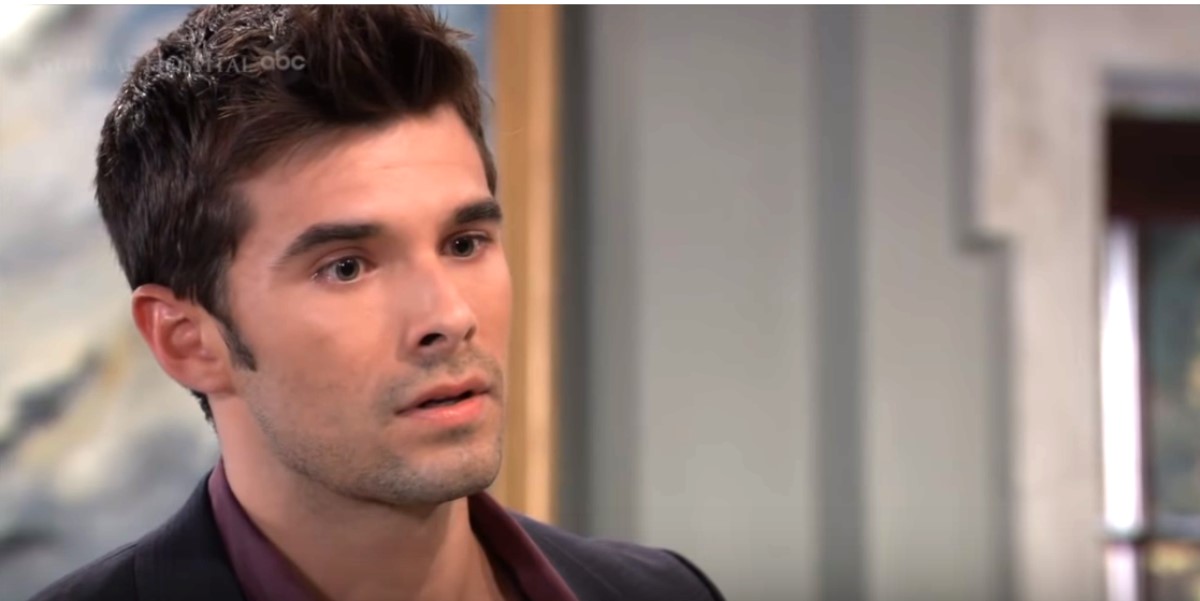 General Hospital (GH) spoilers suggest that Harrison Chase (Josh Swickard) will soon be without Willow Tait (Katelyn MacMullen) whom he has described as the “love of my life.” GH fans know that this is because Willow may choose to marry Michael Corinthos (Chad Duell) in order to help him win his child custody case for Wiley Cooper-Jones (Erik and Theo Olson). Whether it’s fair or not, if that happens, Chase will be alone.

As GH fans know who have been keeping up with current events, Michael Corinthos told Willow that she was “what’s best for Wiley.” After Michael planted that seed in Willow’s mind, viewers know that she hasn’t been able to stop thinking about Wiley or her connection to the child. The only reason Willow is holding on to Chase at this point is that she feels it’s the “decent” thing to do. Oh sure, Willow says she loves Chase, but everyone knows she loves Wiley more.

Moreover, Sasha Gilmore (Sofia Mattsson) has been playing with Chase’s head. She’s not so subtly put the idea in Chase’s mind that Willow can’t be truly happy without Wiley in her life. Maybe Sasha is right. For Chase, however, the entire situation must seem like one long goodbye. Indeed, it must be like watching Willow slowly fade away until she is nothing more than a ghost and all that remains is the memory of a love that once was.

Perhaps that’s why Chase has decided to accept Sasha’s advice and give Willow an ultimatum. Willow must choose Wiley and do what she can to help Michael, or Willow must choose Chase and walk away from the whole situation with Wiley for the sake of her mental health.

For many GH viewers, the situation with Willow and Wiley is just as frustrating and many believe Chase shouldn’t even have given her the choice. Perhaps Chase should have ended things himself. By doing so, Chase would have maintained control over his own life. By asking Willow to choose, Chase makes himself a victim in this tragedy.

While some GH fans believe that Chase might get together with Sasha when Willow marries Michael, the truth is that the exact opposite might happen. Viewers have felt that things were being set up so that two GH couples would swap partners. Willow would go with Michael and Sasha would go with Chase. However, with the way Sasha has been manipulating Michael, Willow, and Chase it might make more sense to think that Chase will walk away from his friendship with Sasha in disgust.

Many GH fans have noted that there seems to be a great deal of chemistry between Brook Lynn Quartermaine (Amanda Setton) and Harrison Chase. While it’s true that there may be a physical attraction between Chase and Brook Lynn, one has to wonder what the two really have in common. Is Chase a great music lover? Does Brook Lynn have a thing for handcuffs? Unless Chase and Brook Lynn can find something that binds them together outside of lust, it’s not likely that GH fans will see these two form a long-term relationship.

With that said, it’s entirely possible that Brook Lynn may be someone that Chase turns to for comfort. Brook Lynn may indeed be Chase’s rebound relationship that helps heal at least some of the wounds he’ll receive in the short term when he loses Willow for good.