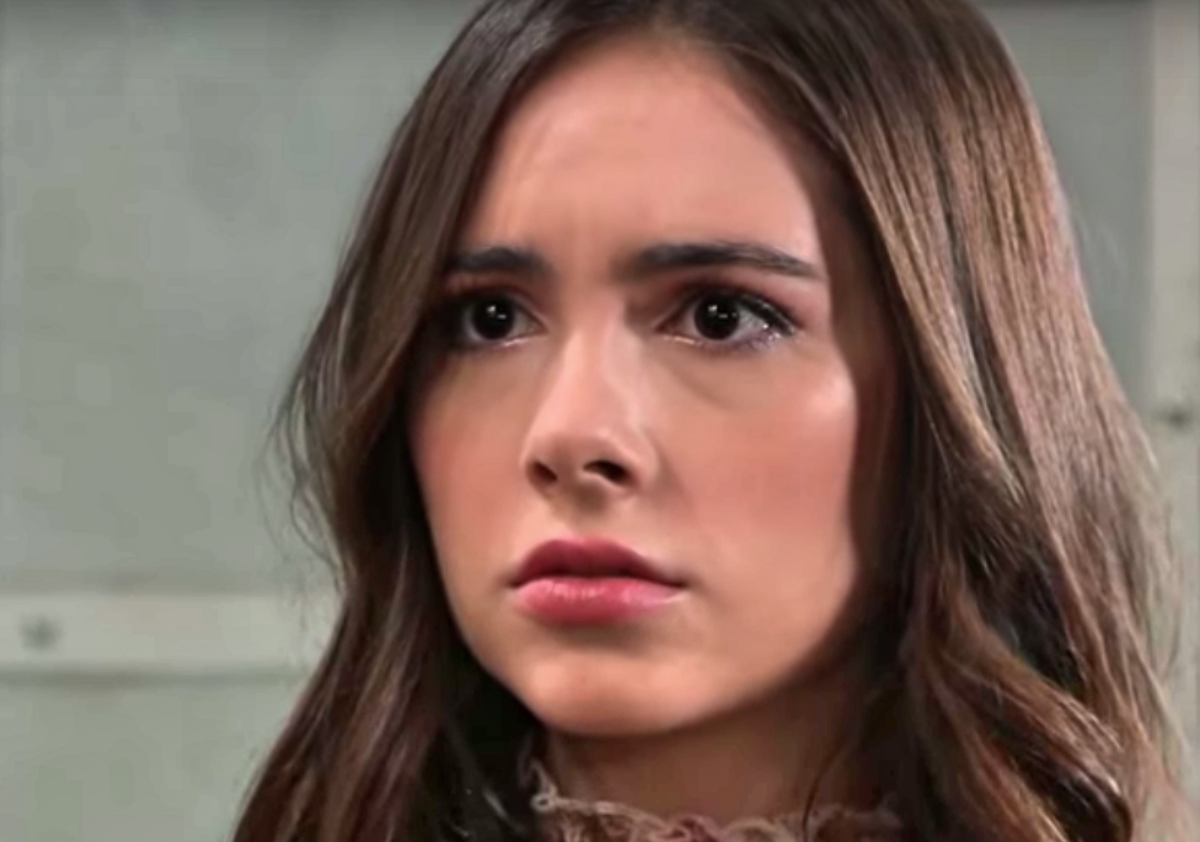 General Hospital (GH) Spoilers hint that Molly Lansing-Davis (Haley Pullos) makes confide in Kristina in the upcoming episodes. Molly has recently had some trouble as she had recently slept with Brando Corbin (Johnny Wactor) thinking that her longtime boyfriend had left her because she refused to marry him. However, in reality, he had been kidnapped by Cyrus Renault (Jeff Kober). It seemed that Molly would make sure that this would not get back to T.J. Ashford (Tajh Bellow) because, as far as she was concerned, she never slept with Brando and that if she had, it would have been a mistake. However, it seems that she will continue to think about her night with Brando and will even approach her sisters about the incident. How might they react to learning that Molly has shared a night with new guy Brando?

When Molly talks to her sisters about the incident, Sam will not be happy to hear about her sister being involved with Brando. In a way, it is understandable as they do not know much about Brando. She will then confront Brando and may even tell Brando to stay away from Molly. However, it might be possible that when Molly talks to Kristina about, that she might get a different opinion on the issue. Kristina has been more of a go with the wind type and may just advise Molly to follow her heart on the matter. If she feels that it is right to be with TJ, then be with TJ, and she feels like she should take a chance on Brando and see where things go, then why not. On the other hand, Kristina could always surprise fans by pushing Molly to stay with TJ.

It could be that Brando’s sudden entrance in Port Charles could change up everything in Molly’s relationship with TJ. As she has been with TJ for so long that they may not have run into any problems if not for TJ being kidnaped. However, it seems that now Molly will be confused about what she really wants, as she may feel like she needs to be Tj but may still be thinking about Brando. This results in her becoming really confused about things.

Molly will seek some advice from her sisters about how to deal with the Brando and TJ love triangle that she found herself in. What do you think? Will Kristina push for TJ, Brando, or for Molly to follow her heart? We’ll give you updates as GH news comes in. Stick with the ABC soap, and don’t forget to check HH often for the latest General Hospital spoilers, updates, and news.