General Hospital Spoilers: Sam Infuriates Brando When She Tells Him To Stay Away From Molly 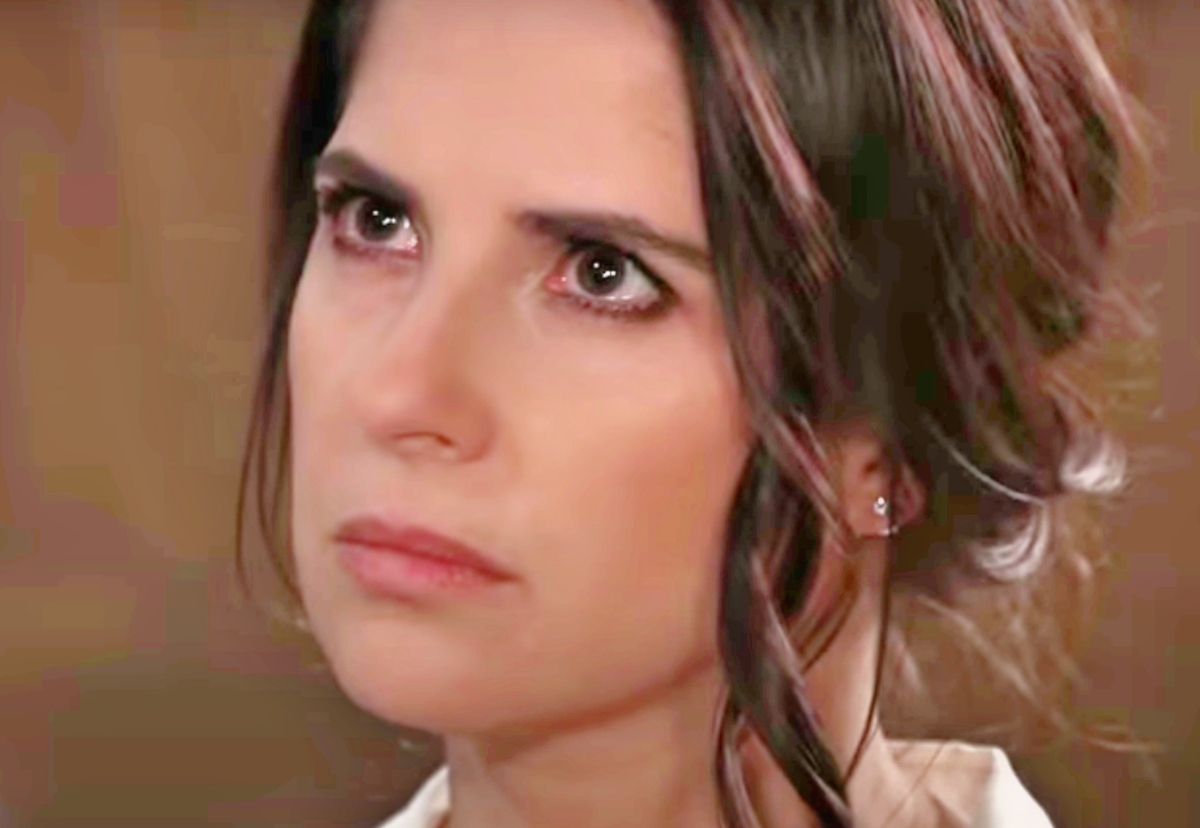 General Hospital spoilers tease that Sam McCall (Kelly Monaco) will cross Brando Corbin (Johnny Wactor) in an upcoming episode of GH, when she tells him to stay away from her sister Molly Lansing-Davis (Haley Pullos)!

GH Spoilers: A Distraught Molly Lansing-Davis Had A One Night Stand With Brando Corbin

General Hospital viewers will recall that a distraught Molly Lansing-Davis, (Haley Pullos) after Port Charles Police Commissioner Jordan Ashford (Briana Nicole Henry) lied to her and said she drove TJ Ashford (Tajh Bellow) away with her attitude against marriage after she turned down his marriage proposal on principle – hers being that marriage and weddings were merely money making rackets and people who love each other shouldn’t have to commit to each other formally.

This, of course, was when TJ was still being held hostage by Cyrus Renault’s (Jeff Kober) henchmen. It so happened that TJ was dumped off in front of General Hospital later the same night! Viewers will recall that as soon as Sam found out, which had been the next morning, she immediately went to Molly’s home, which she shared with TJ, and told her TJ was at GH; but Molly had what she thought was a major car problem and had stopped by Brando’s garage, and she impulsively kissed him, and one thing led to another and he spent the night at her and TJ’s house!

Brando apparently must have been smitten with Molly, because even though she told him it was nothing but a one night stand, he’s been trying to lure her away from TJ! Of course, Molly would consider him a stalker, and if Molly considers him a stalker, so will Sam! It’s questionable if Molly will even confess to her older sister that she and Brando had that one night stand – so if Brando tries to explain and Sam doesn’t believe him because Molly didn’t say anything about it, and especially if she threatens police action no wonder he’ll be angry!

General Hospital Spoilers Where Is Lucas in the Wiley Drama – Could He Help Michael In Family Court? https://t.co/bpPZepqD9z pic.twitter.com/tSp8BA9KAr

The question is, since no one really knows Brando that well and we know he doesn’t want to get involved with anything illegal, and admits he has done past prison time for drugs, how does anyone really know that he isn’t a stalker? One wouldn’t think his own mother would have disowned him over drug problems, and usually, the end users don’t do hard time. It would be a much different story if Brando had been a dealer, however, depending on how high up the chain he was.

He could even have been a competitor of Cyrus Renault (Jeff Kober)! Gladys Corbin (Bonnie Burroughs) really doesn’t seem the high and mighty self-righteous type who would tell others that Brando was dead over drugs, or even that he was in prison – after all, she was quite ready to take money from Sonny Corinthos (Maurice Benard) to keep Dev Cerci’s (Ashton Arbab) secret, including her “dead son” Brando being his father! There has to be more to that story than meets the eyes!

Brando, however, did seem quite taken with Molly – he already had puppy dog eyes trained on her when she impulsively grabbed him and kissed him! He acted more like a teenage boy in love for the first time than a grown man who had been in the military and did hard time in a prison! However, will Brando turn out to be only a smitten kitten or will he be revealed to be a skeevy perv that Sam and Molly really have to worry about? Time will tell!