The Bold and The Beautiful Spoilers: Flo Confronts Sally, Accuses Her of Fraud – How Will Sally Keep Her Deception Going Now? 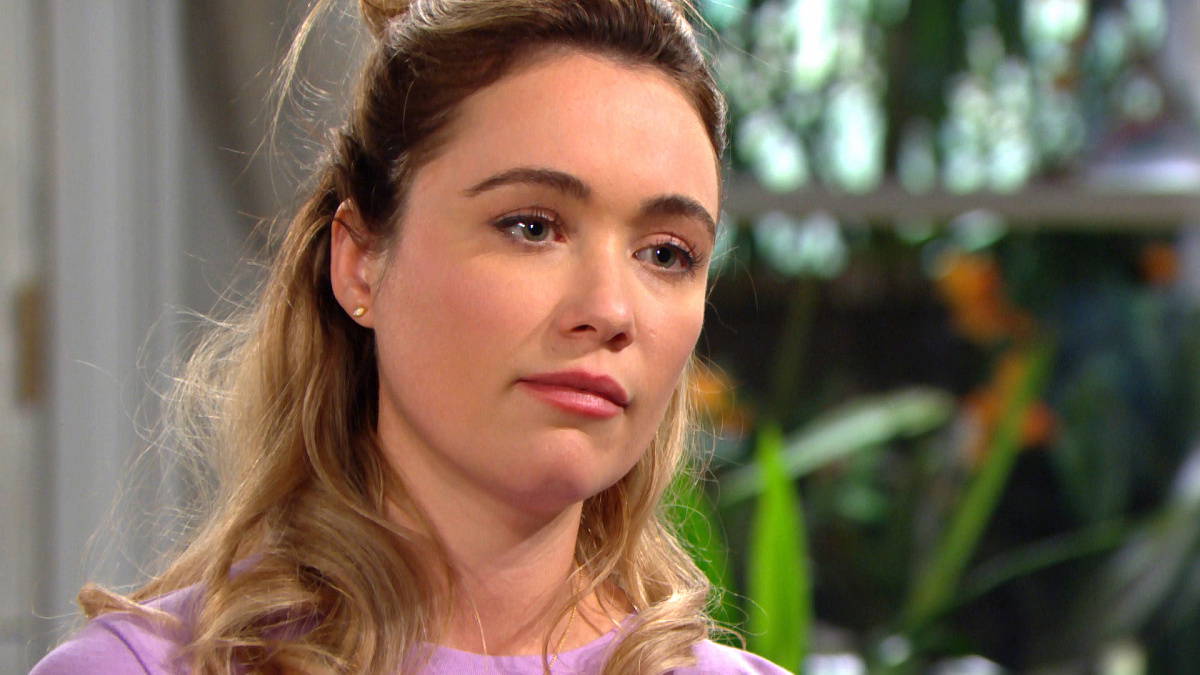 The Bold and the Beautiful spoilers suggest that Sally Spectra (Courtney Hope) may not even attempt to continue lying after Flo Fulton’s (Katrina Bowden) accused her of fraud recently. B&B fans suspect that instead, Sally might try to twist the situation around and play the victim!

B&B fans know that not that long ago, Flo confronted Sally after she discovered that Sally’s been lying. Viewers know that Flo had gone to the offices of Dr. Penny Escobar (Monica Ruiz) in order to try and get at the truth of Sally’s medical condition.

Of course, Dr. Penny Escobar (Monica Ruiz) totally stonewalled Flo and refused to give her any kind of answers whatsoever. However, Penny got paged and left Flo alone in her office. After Penny left, viewers watched as Flo sneakily made her way over to Penny’s work computer and began snooping through the medical files that were on it. Somewhere in one of those files, Flo saw the truth!

The Bold and The Beautiful Spoilers: Penny’s Arrival Causes Sally & Flo’s Argument To Escalate Into The Danger Zone – Life At Risk

B&B viewers then watched Flo and Sally go through a long, drawn out discussion where Sally continued to pretend that she was dying, and that her symptoms were getting worse (practically by the minute). Flo played along for a while, until she found an opportune moment to toss a fake, rubber snake in Sally’s path. B&B fans know that Sally is deathly afraid of snakes, so when Flo played her prank, Sally ran screaming from her walker. Of course, the fact that Sally went from hobbling around one minute to literally bouncing to the other side of the living room in two seconds flat proved that she was clearly in better physical condition than she’s let on.

Everyone knows that Sally is a fighter. However, is Sally a killer? Some B&B fans have thought that Sally might do anything to get Wyatt back, but in order to do so she’ll have to get rid of Flo. That could mean that since Sally has already gone so far as to perpetrate a colossal lie, she might as well get onboard the crazy train express and get all fatal attraction on Flo and Wyatt.

With that said, others just simply believe that while Sally might be obsessed with Wyatt, she’s probably not a murderer. If that’s the case then it is possible that Sally might just realize the jig is up. The game is over for Sally. If that’s the case, Sally probably won’t truly be sorry but she’ll be smart enough to know that if she acts proud of herself, her situation could just become that much worse.

Therefore, some believe that Sally will cry crocodile tears, and attempt to play on Flo’s feelings and understanding as someone who also loves Wyatt. She’ll explain why she did what she did and then Sally might lie some more. Sally might actually throw Dr. Penny Escobar completely under the bus and suggest that it was the doctor’s idea that she play the role of a dying woman. Sally might say that of course, now she realizes what a mistake that was!

Finally, Sally is likely to tell Flo that she simply lost her mind. She’ll blame everything on Wyatt. He’s made her go crazy, he’s led Sally on … surely Flo can understand that. Right?

Flo probably won’t buy what Sally’s selling. However, some B&B fans might admire the fact that Sally tried. Once she’s out of Wyatt’s house (and this time Sally might really run from the house of her own accord), she’ll probably immediately embark on a swift damage control campaign.

First, Sally will try to tell Wyatt the truth herself before Flo gets the chance. If she take responsibility, confess to the truth, and try all the tactics she just tried on Flo, Wyatt might actually show sympathy. Wyatt will of course be angry, but he might be able to empathize.

Secondly, as soon as Sally’s out of Wyatt’s house she’ll start texting, Tweeting, doing whatever she can to get ahead of the story that Flo’s bound to start telling. Sally knows that she needs to have her own narrative out there … fast. Third, Sally will try to appear as the most sympathetic character possible to all her friends and acquaintances. Sally might even check herself into a mental hospital with the idea that she might be able to show that she’s just human. Sally’s had a nervous breakdown … and that’s the reason for all the lies and weird behavior.

Once Sally can get a psychiatrist to clear her, even if it takes a few months, no one will hold her to blame for past sins. Sally can come back golden!

The new Sally, the bigger, better, mentally improved Sally will have lived to make trouble another day.