The Bold and The Beautiful Spoilers: Penny’s Arrival Causes Sally & Flo’s Argument To Escalate Into The Danger Zone – Life At Risk 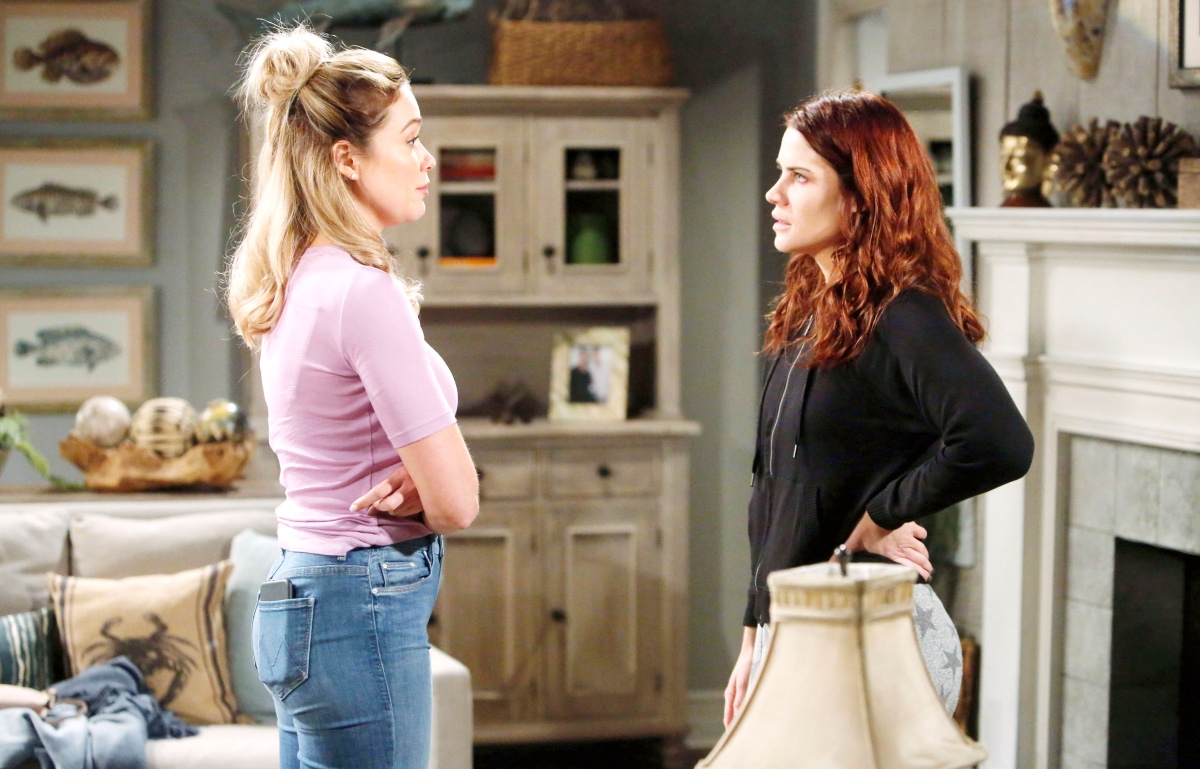 Flo, upset that Wyatt Spencer (Darin Brooks) appears to be so gullible and falling for what she is now convinced is a fraudulent scheme of Sally’s to get him back by making him feel sorry for her because she’s “dying”, heads over to Dr. Penny Escobar’s office to snoop around for Sally’s medical records.

The Bold and The Beautiful Spoilers: Darin Brooks Wife, Kelly Kruger Has an Obsession & Is A Total Stalker

She wants some proof to shake some sense into Wyatt about Sally and her schemes. Sally and she just had a major argument about that very subject and Sally follows her. Flo had seen Sally’s chart on Penny’s laptop and confronted her about it – but since she didn’t get a photo of the screen, she goes back to see if she can either get into the laptop again and maybe print it out, or find some paper copies in a file that she can bring back to Wyatt.

Sally intends to follow her into the office, which is unlocked, and to continue their argument there. Sally is livid that Flo has looked at her medical records! She is also getting more and more frustrated with Penny, because she seems to be on Flo’s side instead of hers now, and things just seem to be getting worse and worse. So she wants to talk to Penny too! Sally knows Flo and women like Flo, and it disgusts her that Flo is putting on a goody-two-shoes face because she knows it’s not real, although Flo’s early push of Wyatt toward Sally helped her in trying to make her scheme work out.

Bold And The Beautiful Spoilers: Dr. Penny Escobar Arrives And Sees Flo Fulton In Her Office

Penny has obviously stepped out for a moment and Flo is in her office, as Sally is following far away enough so Flo couldn’t tell she was following her to see where she went. Just as Flo has opened a file drawer and has her back turned, looking through patient files, Penny grabs the closest thing she can to use as a weapon – her laptop – and knocks Flo out with it!

Right afterwards, Sally comes in and sees Flo unconscious on the floor! Now they have to scramble to see what to do with Flo! Penny is afraid to even check her pulse, but Sally checks it and she still has one. But she also has a huge goose egg with a heavily bleeding gash on the back of her head, and they both start to panic! Probably the best thing they could do is act like Sally helped a badly injured Flo into Penny’s office for treatment of the wound to her head but what will happen when she wakes up and tells her it happened in the doctor’s office? Penny says things have gone too far and she can no longer work with Sally to help her continue this ruse, and Flo needs to get to the ER stat!

The two start worrying if Flo could die from this, and Penny says it’s a distinct possibility if there were to be bleeding into her brain, but the goose egg side swelling is a good sign – that all the trauma is outward and apparently not affecting her brain, but she needs an MRI to be sure. Penny calls an ambulance and puts an icebag on the goose egg but then there’s a knock on the door —- and they know it’s not 911!