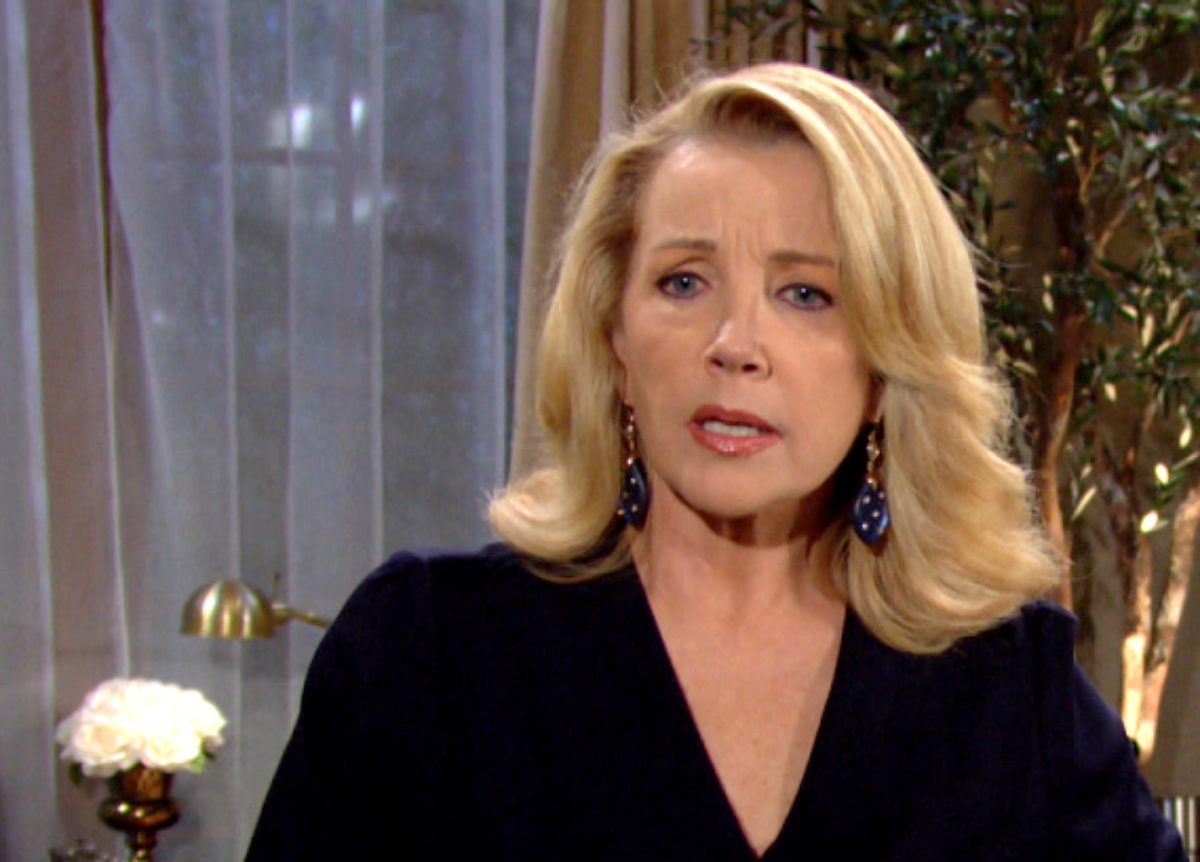 The Young and the Restless spoilers document that Nikki Newman’s (Melody Thomas Scott) awareness of the truth forwards the mystery storyline that’s unfolding. Victor Newman (Eric Braeden) felt it best to tell his wife what happened in Kansas all those years ago.

While Nikki learned what happened, the audience was denied that privilege. That’s a clever way to keep viewer’s interest piqued.

Natural questions need to be answered. Is Victor guilty of killing A.J. Montalvo (a character not known to have been cast)? If he acted in self-defense, why would Victor want to keep this story buried? But if the Moustache wasn’t responsible for what happened, then who is he protecting and why?

Young And The Restless Spoilers – Exploring A Guilty Verdict

Okay, assume that Hope Wilson (Signy Coleman) either reached out to Victor, or he independently learned that A.J. was attempting to collect on Cliff Wilson’s (David Cowgill) debt after his accidental death.

Y&R fans were told that Cliff appears to have been killed by a drunk driver who was working for A.J. It seems as though A.J.’s enforcer was tasked with sending a strong message to Cliff. But that person’s death and Cliff’s resulted because the enforcer was inebriated.

So, it’s possible that Victor took action and became involved in a physical struggle with Alyssa Montalvo’s (Maria DiDomenico) father in order to protect Hope, as Adam Newman (Mark Grossman) assumes and is exploiting. Accidental, or not, the resulting view, as viewers recently saw, was of A.J. lying on the floor of the barn after Victor threw him from the loft, or he fell as a result of a fight.

But if Victor truly was defending himself, then the authorities would have learned that after an investigation? Alyssa’s dig of information unearthed a different result, with Victor having paid off the Coroner to change official documents regarding the incident.

The Young and the Restless Spoilers: Victor Does Damage Control With His Family https://t.co/6zuJge2rJ3 pic.twitter.com/0e3bsXq9sn

The above would directly imply that Victor acted with premeditation before entering the barn on that fateful day, or wasn’t defending himself when coming upon A.J. That would mean Victor intended to kill the man and then did.

Young And The Restless Spoilers – Possibility Of Alternate Killer Grows

Victor’s warning to Nick Newman (Joshua Morrow) seemed specific. Why would Braeden’s character believe it would be dangerous for Nick, or Victoria Newman (Amelia Heinle) to push Adam on this issue?

Many points of conjecture can be offered in this regard. Two of them would link Hope’s legacy to the issue, or Adam’s freedom. In both instances, Victor would be protecting his family by wanting to handle the issue carefully and on his own.