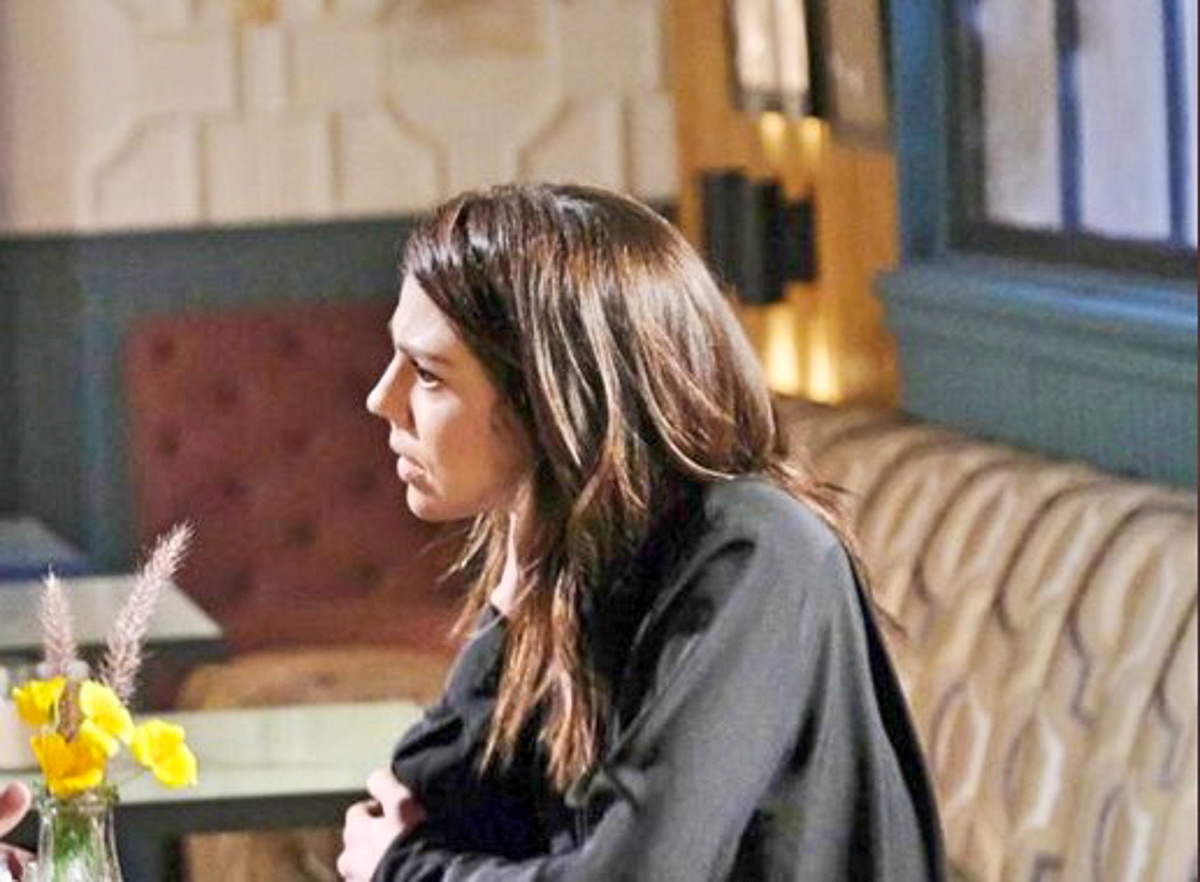 Days of Our Lives spoilers reveal that Abigail DiMera (Kate Mansi) is drugged next week. Chad DiMera (Billy Flynn) automatically accuses Gabi Hernandez (Camila Banus) of the evil deed, but could she be innocent? It seems suspicious that Gabi is hallucinating her dead husband the same week that Abigail is mysteriously drugged. Could there be someone else in Salem that is causing trouble?

DOOL spoilers reveal that Gabi will keep seeing Stefan DiMera (Brandon Barash) around Salem. At first, it is just in a reflection of a window, but he vanishes when she turns around. Then, she sees him standing right in front of her and he seems real. She ends up fainting and when she comes to, Stefan will likely be gone.

It is teased that Chad and Abigail learn what is causing Gabi’s hallucinations.

Days Of Our Lives Spoilers: Xander Desperate To Bring Sarah Back Home To Salem

It is teased in the latest issue of Soap Opera Digest that Abigail is drugged. There is no information on how “Chabby” figures out that someone intentionally slipped her drugs. However, according to the couple, there is only one person that could be responsible.

Days of Our Lives spoilers reveal that Chad blames Gabi for drugging his wife. The wicked widow has been at war with the couple for months. In fact, on Tuesday’s episode of the NBC soap opera, Gabi made her intentions known. She plans on taking back the reins at DiMera Enterprises, even though Chad is technically the boss now.

But could Chad be wrong about Gabi? Could she actually be innocent this time?

Days Of Our Lives #DOOL Spoilers: ‘Chabby’ Discovers Why Gabi’s Hallucinating – But Is Stefan Really Just In Her Head?https://t.co/h97rJiUvl0

Days of Our Lives Spoilers: Someone Sinister is Involved

It was hinted a few weeks ago that Vivian Alamain (Louise Sorel) might not be seen in Salem yet, but she’s working behind the scenes. Could it be her that is messing with the Salemites connected to the DiMera family? She could very well be the person responsible for drugging both Gabi and Abigail, which would explain why the widow is having hallucinations.

Of course, Gabi will soon discover a man named Jake in Salem who looks just like Stefan. So, was she really hallucinating or was it Jake that she was seeing? And is Jake who he claims to be, or is he really Stefan with a brand new identity? Those are questions that will be answered in time. We will have to keep watching the soap to see how this story develops.