Days Of Our Lives Spoilers: Xander Desperate To Bring Sarah Back Home To Salem 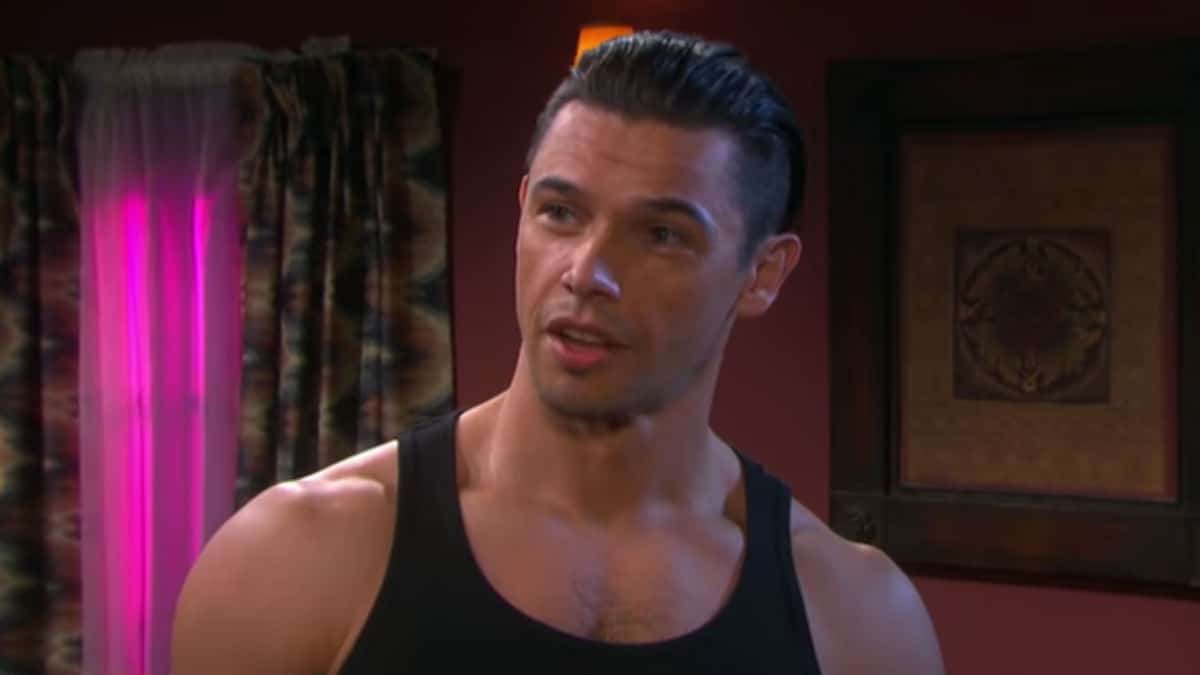 Days of Our Lives spoilers tease that Xander Kiriakis (Paul Telfer) calls Sarah Horton (Linsey Godfrey) and she finally answers the phone! Xander will plead with her to return home with the baby, and he will help her figure things out in an upcoming episode of Days of Our Lives!

Days of Our Lives Spoilers: Xander Kiriakis Finally Gets An Answer

After hours of trying to call Sarah on the phone with no answer, and leaving message after message, he finally gets an answer, likely after trying the call from someone else’s phone. At least she hasn’t blocked him but he understands she may not want to take his calls. She finally talks to him but begrudgingly because she is still very upset with him. There is no phone trace and no police, and not even Kristen DiMera (Stacy Haiduk) wants to press charges, because she totally understands what Sarah is going through – even though she is angry that she ran off with her Rachel Isabella Black (Josephine and Rosalind May) before she could even have her own time with her baby who she thought was dead for several months. Betrayal and bereavement are a tough cocktail to swallow, after all, and that is what Sarah is having to deal with all at the same time, feeling betrayed by Xander and not being able to deal with the real Mackenzie “Mickey” Horton having died that terrible Mother’s Day instead of her Rachel.

Sarah finally agrees to talk to him for a few minutes after he has convinced her that her phone is not being traced. She considers that maybe Xander would be a good person to get advice on running and staying hidden from, and how to get fake IDs and things like that and he could help her – if she played her cards right! Xander talks about being able to help her; but what he has in mind is not helping her with fake passports and IDs and the like to stay on the run as a fugitive, he tells her if she will come home with the baby he will make sure there are no kidnapping charges! There aren’t any anyway so far, but he figures throwing that card on the table might make Sarah sit up and take notice of what she is doing and reconsider her plans just a bit.

DOOL Spoilers: So Far It Has Not Come Down To A Trace On Her Phone, But It May Come To That!

So far It has not come down to a trace on her phone, but it may come to that and getting law enforcement involved, possibly the ISA if necessary. Xander wishes he had a locator program he could use to find out exactly where she is! He is pretty sure that she is in Paris with Rachel because of what he found out about the flight plan not being changed, and he had told her prior to being dumped at the altar that he had the Titan jet all loaded and ready for them to leave on their Parisian honeymoon as soon as they finished the ceremony. He’s already called the posh hotel he booked but she and Rachel had not shown up there, which throws him a bit although he figures if she doesn’t want to be found she must be staying somewhere else. He really doesn’t want to get the police or the ISA involved in finding them and bringing them back and he tells her that.

Sarah maintains she and Mickey (Xander thinks, oh no – she cannot deal with reality and blocked out the baby swap) are just fine and to please not call her again. She doesn’t want her mother to know about this but the honeymoon was planned for two weeks and she needs the time to think about she and Mickey’s future. She thinks it best to let Maggie Kiriakis (Suzanne Rogers) go on thinking she and Xander married and took the baby on their honeymoon for the time being – Xander agrees with her on that point, but when he pleads with her to bring the baby home, she cuts him off and hangs up. He’s got to figure out another way!